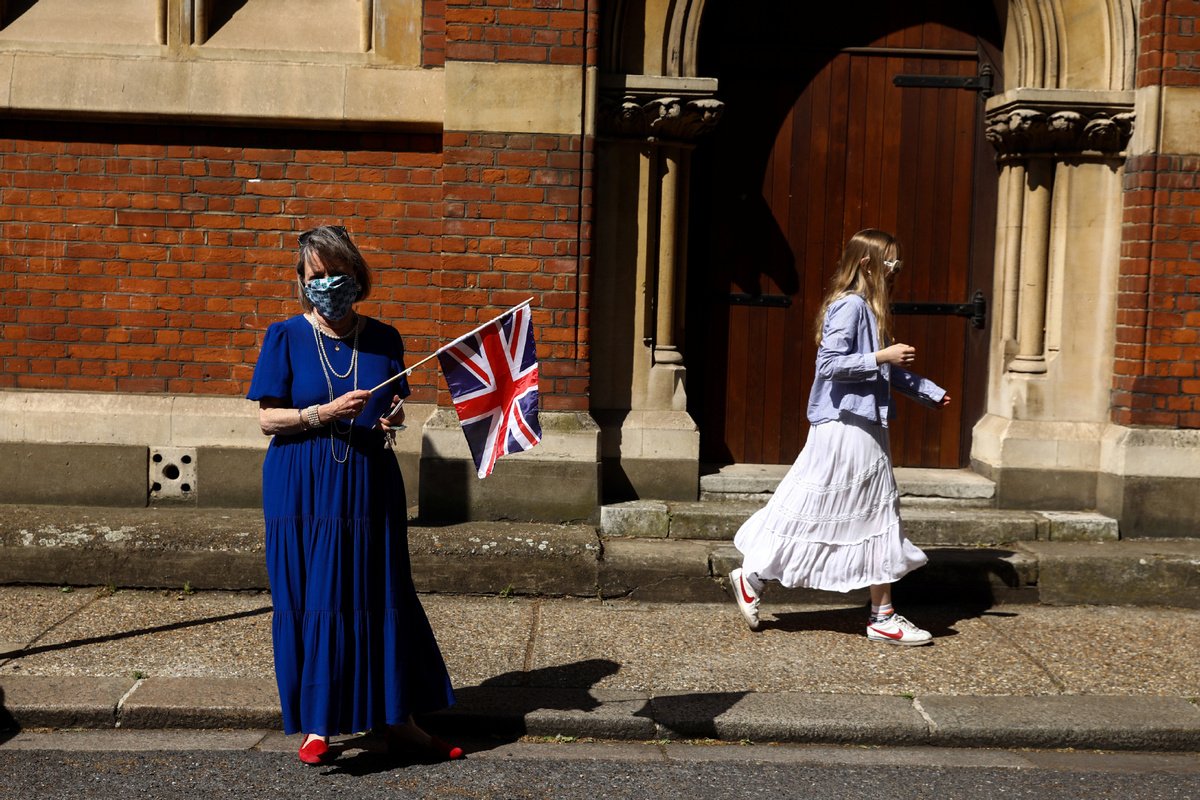 Elizabeth Bluck wears a face mask and carries a Union Jack flag on a street in Parsons Green on the 75th Anniversary of VE Day, in London, Britain, May 8, 2020. [Photo/Agencies]

A study by the University College London Genetics Institute has shown that the virus had spread extensively around the world since late 2019 and the single "Patient Zeroes" are absent in most countries.

The study identified 198 recurrent genetic mutations in the virus by screening the genomes of over 7,500 viruses from infected patients around the globe, the university said in a statement on Wednesday.

Detected recurrent mutations may indicate ongoing adaptation of the virus to its novel human host, according to the study published in the journal Infection, Genetics and Evolution.

"The results add to a growing body of evidence that SARS-CoV-2 (novel coronavirus) viruses share a common ancestor from late 2019, suggesting that this was when the virus jumped from a previous animal host, into people," the statement said.

In the United Kingdom, people joined in a weekly nationwide round of applause on Thursday to pay tribute to care workers and hospital staff for the last time before an easing in the lockdown measures.

People have been cheering, banging pots and pans and playing musical instruments every Thursday evening since the applause become an emotional weekly ritual when it first took place on March 26.

British Prime Minister Boris Johnson is set to address the nation on Sunday to announce a very limited easing of Britain's coronavirus lockdown, adopting a cautious approach to try to ensure there is no second peak of infections that could further hurt the economy and cost lives.

A further 539 COVID-19 patients have died in Britain, bringing the total coronavirus-related death toll in the country to 30,615, Foreign Secretary Dominic Raab said on Thursday. 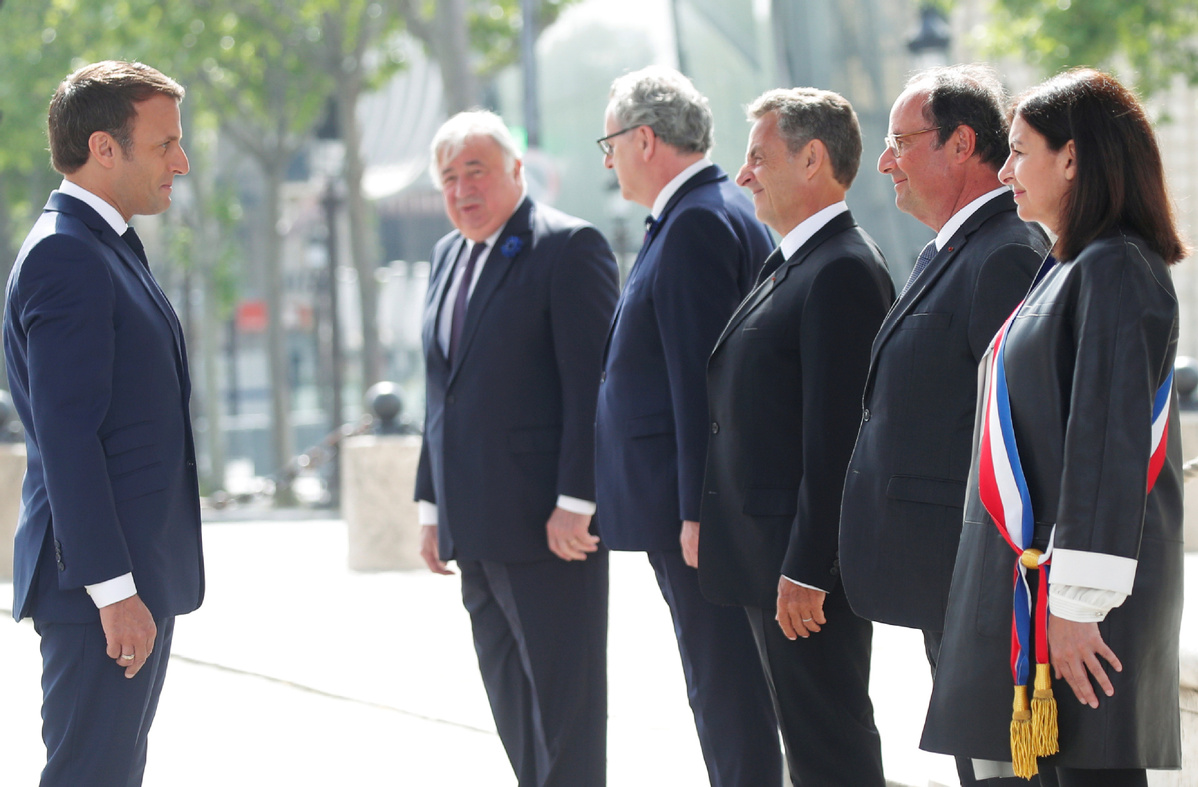 French President Emmanuel Macron attends a ceremony to mark the end of World War II at the Arc de Triomphe in Paris, France May 8, 2020. [Photo/Agencies]

France will start to ease restrictions on movement from Monday through "a very gradual process" stretching over several weeks at the least to avoid a resurgence of COVID-19. The exit from the lockdown will be differentiated and vary among regions.

"The good news is that we are able to validate deconfinement throughout the metropolitan territory. The less good news is that certain departments (in the country) have worse results than expected,"French Prime Minister Edouard Philippe confirmed on Thursday, adding that "the country is cut in two with the virus circulating more quickly in some regions".

On an updated color-coded map that classifies regions based on the virus' spread and pressure on hospitals, 32 administrative departments are in red, including the northeastern region, and Ile-de-France, also known as Paris Region, in the north-central part of France.

France on Thursday registered 178 new deaths from the novel coronavirus, taking the tally to 25,987, while new hospital admissions continued to slow, according to its Health Ministry.

Across Europe, the coronavirus had infected 1,486,431 people and claimed 148,156 lives as of Friday morning, according to the European Center for Disease Prevention and Control.