WORLD Expelled from US at night, migrant families weigh next steps

Expelled from US at night, migrant families weigh next steps

In one of Mexico's most notorious cities for organized crime, migrants are expelled from the United States throughout the night, exhausted from the journey, disillusioned about not getting a chance to seek asylum and at a crossroads about where to go next. 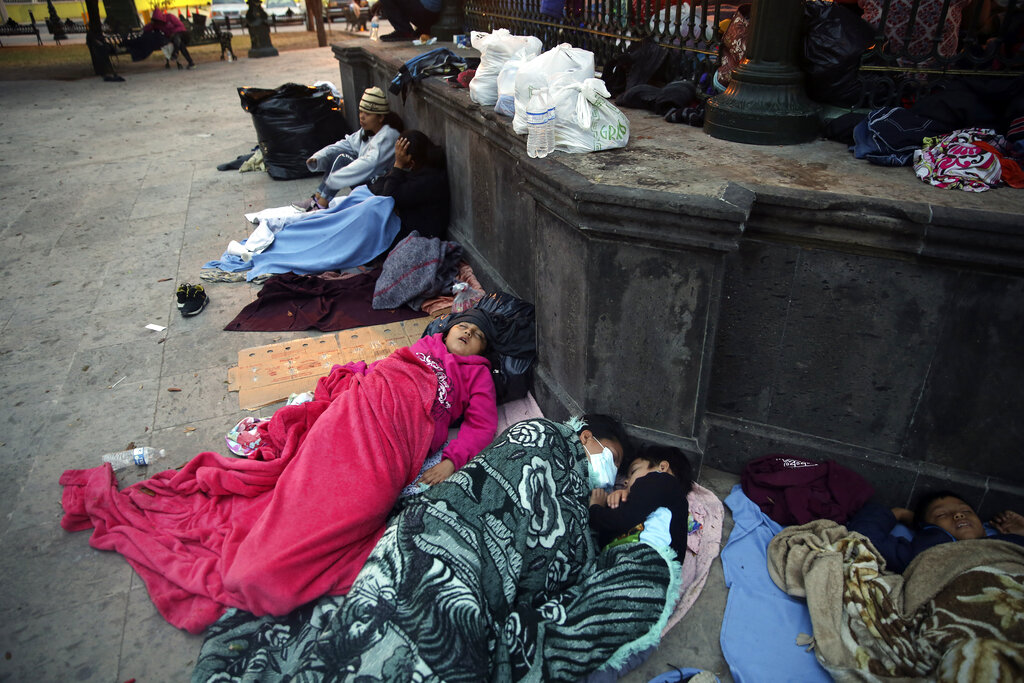 Migrants sleep under a gazebo at a park in the Mexican border city of Reynosa, Saturday, March 27, 2021. Dozens of migrants who earlier tried to cross into the US in order to seek asylum have turned this park into an encampment for those expelled from the US under pandemic-related presidential authority. (Photo: AP)

Marisela Ramirez, who was returned to Reynosa about 4 a.m. Thursday, brought her 14-year-old son and left five other children — one only 8 months old — in Guatemala because she couldn't afford to pay smugglers more money. Now, facing another agonizing choice, she leaned toward sending her son across the border alone to settle with a sister in Missouri, aware that the United States is allowing unaccompanied children to pursue asylum.

“We're in God's hands,” Ramirez, 30, said in a barren park with dying grass and a large gazebo in the center that serves as shelter for migrants.

Lesdny Suyapa Castillo, 35, said through tears that she would return to Honduras with her 8-year-old daughter, who lay under the gazebo breathing heavily with her eyes partly open and flies circling her face. After not getting paid for three months' work as a nurse in Honduras during the pandemic, she wants steady work in the U.S. to send an older daughter to medical school. A friend in New York encouraged her to try again.

“I would love to go, but a mother doesn't want to see her child in this condition,” she said after being dropped in Reynosa at 10 p.m.

The decisions unfold amid what Border Patrol officials say is an extraordinarily high 30-day average of 5,000 daily encounters with migrants. Children traveling alone are allowed to remain in the U.S. to pursue asylum while nearly all single adults are expelled to Mexico under pandemic-era rules that deny them a chance to seek humanitarian protection.

Families with children younger than 7 are being allowed to remain in the U.S. to pursue asylum, according to a Border Patrol official speaking to reporters Friday on condition of anonymity. Others in families — only 300 out of 2,200 on Thursday — are expelled. 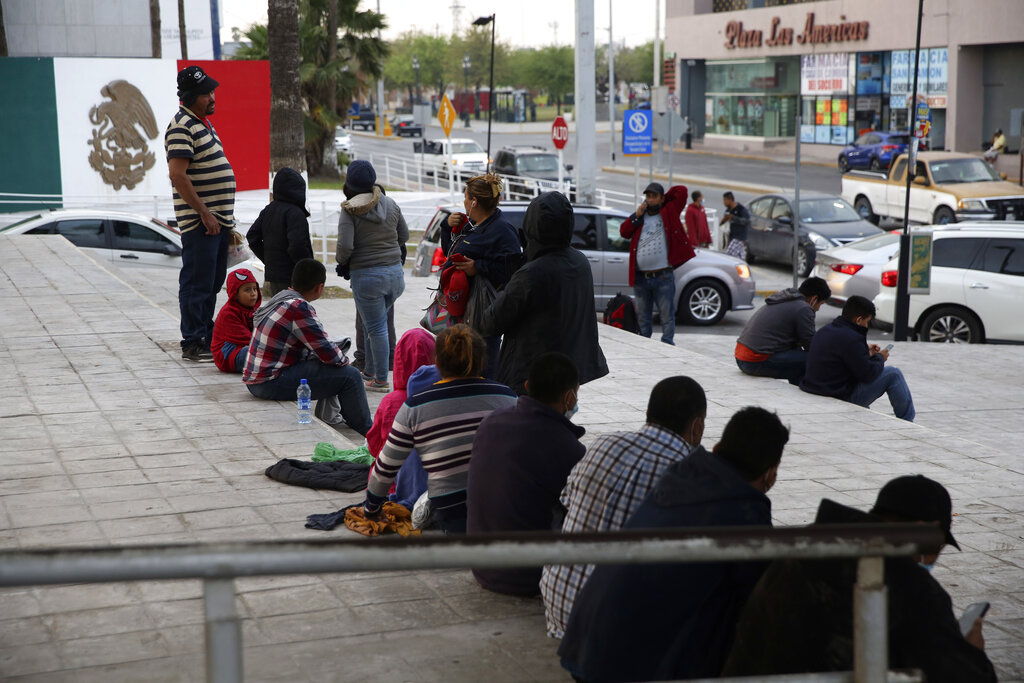 Reynosa, a city of 700,000 people, is where many migrants are returned after being expelled from Texas' Rio Grande Valley, the busiest corridor for illegal crossings. The Border Patrol has said the vast majority of migrants are expelled to Mexico after less than two hours in the United States to limit the spread of COVID-19, which means many arrive when it's dark.

In normal times, migrants are returned to Mexico under bilateral agreements that limit deportations to daytime hours and the largest crossings. But under pandemic authority, Mexicans and citizens of Guatemala, El Salvador and Honduras can be expelled to Mexico throughout the night and in smaller towns.

More than 100 fathers, mothers and children who were expelled overnight waited in a plaza outside the Mexican border crossing at sunrise Saturday, many bitter about the experience and scared to venture into the city. Several said they left Central America in the past two months because they could finally afford it, but information about President Joe Biden's more immigrant-friendly policies contributed to their decisions. Some reported paying smugglers as much as $10,000 a person to reach U.S. soil.

Michel Maeco, who sold his land in Guatemala to pay smugglers $35,000 to bring his family of five, including children aged 15, 11 and 7, said he was going home after a 25-day journey. He left Guatemala after hearing “on the news” that Biden would allow families to enter the United States.

Maeco's family was expelled to the streets of Reynosa at 3 a.m. Saturday.

“Supposedly (Biden) was going to help migrants, but I see nothing,” said Maeco, 36.

A Honduran woman who declined to give her name said she left two months ago because her home was destroyed in Tropical Storm Eta and she heard Biden would “open the border” for 100 days — unaware that the president's 100-day moratorium on deportations, suspended by courts, doesn't cover new arrivals. She planned to send her 9-year-old daughter and 12-year-old son across alone to live with their aunt in Alabama while she returns to Honduras.

Underscoring the dangers, the Border Patrol said Friday that a 9-year-old Mexican girl died crossing the Rio Grande near the city of Eagle Pass.

Mexico's migrant protection agency, Grupos Beta, persuaded many overnight arrivals to be bused to a distant shelter. Crowds at the nearby park had thinned from a few hundred migrants days earlier.

Felicia Rangel, founder of the Sidewalk School, which gives educational opportunities to asylum-seeking children in Mexican border cities, sees the makings of a squalid migrant camp like in nearby Matamoros, which recently closed.

“If they get a foothold in this gazebo, this is going to turn into an encampment,” she said as a church distributed chicken soup, bread and water to migrants for breakfast. “They do not want another encampment in their country.”

Martin Vasquez is among the migrants staying for now. The 19-year-old was expelled after being separated from his 12-year-old brother, who was considered an unaccompanied child and will almost certainly be released to a grandfather in Florida. He said he was inclined to return to Guatemala, where he worked for a moving company, but wanted to wait a while “to see what the news says.”