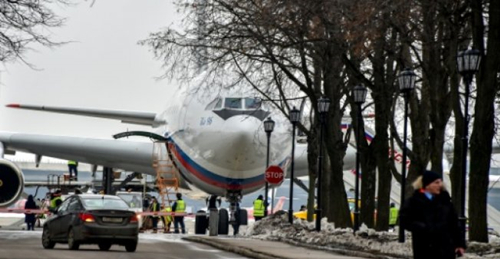 Russian diplomats expelled from the United States arrived in Moscow on Sunday, with post-Cold War tensions peaking in the wake of a nerve agent attack on a former spy in Britain.

A deepening crisis in ties between Russia and the West has over the past weeks seen the biggest wave of tit-for-tat diplomatic expulsions in recent memory.

In further signs of tension, Russia warned its nationals on Saturday to think twice before travelling to Britain, where it said they could be singled out for harassment by local authorities.

By expelling 60 Russian diplomats, the US joined a score of Britain's allies in responding to the poisoning of former double agent Sergei Skripal and his daughter Yulia in the English city of Salisbury on March 4.

Two planes arrived at Moscow's Vnukovo airport on Sunday, bringing home a total of 171 people -- the 60 diplomats and their families -- from Washington and New York.

Russian television showed passengers disembarking from a government plane while several buses waited to pick them up.

More than 150 Russian diplomats have now been ordered out of the US, EU members, NATO countries and other nations.

Britain has said it is "highly likely" that Russia was responsible for the Skripal attack using the Soviet-designed Novichok nerve agent. Russia has angrily denied any involvement.

The US alleged the 60 diplomats were "spies" and sent them home from posts around the country and at the Russian mission to the United Nations, as well as closing Russia's consulate in Seattle.

However Washington has since said that Russia is free to apply to accredit more diplomats to replace those expelled.

Moscow responded by expelling 60 US diplomats and closing Washington's consulate in Saint Petersburg on Saturday.