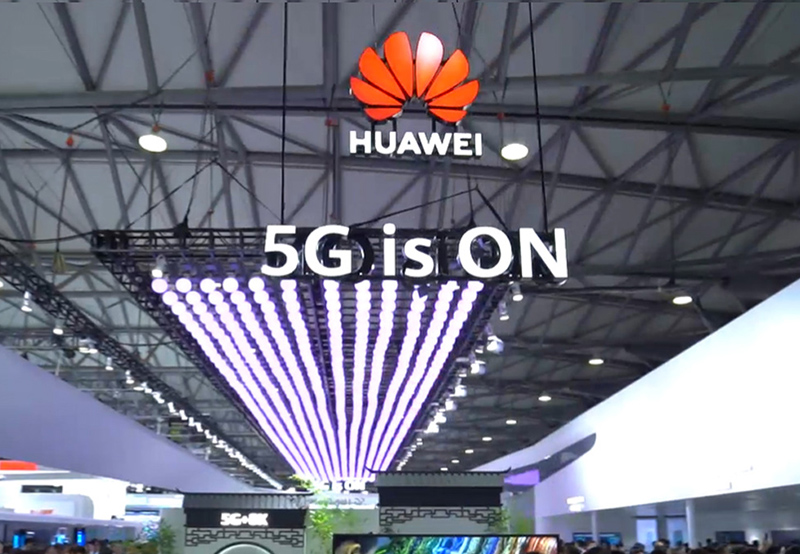 Europe should resist U.S. pressure to isolate China and remain independent in its decision making in the face of so-called security concerns, a Spanish expert has said.

"If the U.S. wants to include Europe in its 'anti-China' strategy because it does not want anyone to threaten its hegemony, the EU must bear in mind that China is not a threat to its security," said Xulio Rios, director of the Spanish Observatory of Chinese Politics in Spain, in an analysis titled Huawei and the Mantra of Security.

A ban against Huawei will result in European countries' increasing dependence on U.S. technology, Rios said in the article published Monday, calling it "the American trap."

The repeated use of national security to discredit Huawei looks like a good story, and "it seems that with any technology where China excels, there will be a problem of this nature," Rios said.

However, "there is no evidence, only suspicions, even though they (the U.S. side) will have to look for it intensely," he stressed.

The truth behind the U.S. pressure on its allies to block Huawei is that "Huawei's technology is highly competitive and places China ahead in the marketplace" and threatens Washington's dominance in such fields, he said.

"America's record in cracking down on any foreign company that challenges its technological leadership shows the forcefulness of its pressure. But we are talking about the commercial policy and not security issues," he added, comparing the Huawei ban to the acquisition of French company Alstom.

In April 2013, Frederic Pierucci, a former executive of Alstom, was arrested in New York by the U.S. authorities for his alleged role in a corruption case involving Alstom in 2003-2004 in Indonesia. A year later, Alstom was asked to pay a huge fine of 772 million U.S. dollars, which eventually led to the partial acquisition of the French company by General Electric, its arch rival and a giant technology corporation based in the United States, and blocked a potential merger between Alstom and Shanghai Electric Company.

The United States was using a similar strategy against Huawei by arresting Huawei financial director Meng Wanzhou in Canada, Rios said. "By taking over Alstom, the U.S. gained control of the maintenance of all French nuclear power plants ... And hardly anyone said anything ..."

The expert urged the EU to stick to its "strategic autonomy" to make independent decisions despite the U.S. pressure, especially after Britain's announcement of a Huawei ban earlier this week.

"London's decision will have broad implications for relations with Beijing. It is not just about the millions of pounds of added cost and the delay in launching the 5G network, but the damage to the mutual trust between the two parties," Rios said.

"Europe's economic cooperation with China is as vital as transatlantic distancing and is the only way to strengthen itself if it aspires to avoid decline," Rios said.

"China has made huge investments and developed bold policies that have contributed significantly to its progress in the technology research and development that we are seeing today," he said.

"National security is a priority for everyone, but there is no evidence to support a ban on Huawei equipment," he said, pointing out the existing interconnection between European and Chinese tech companies and markets, such as Nokia and Ericsson operating in China and Huawei's cybersecurity labs in Europe.

"Symbolically defeating Huawei may be tantamount to defeating China. But it also subdues, once again, Europe," he concluded.