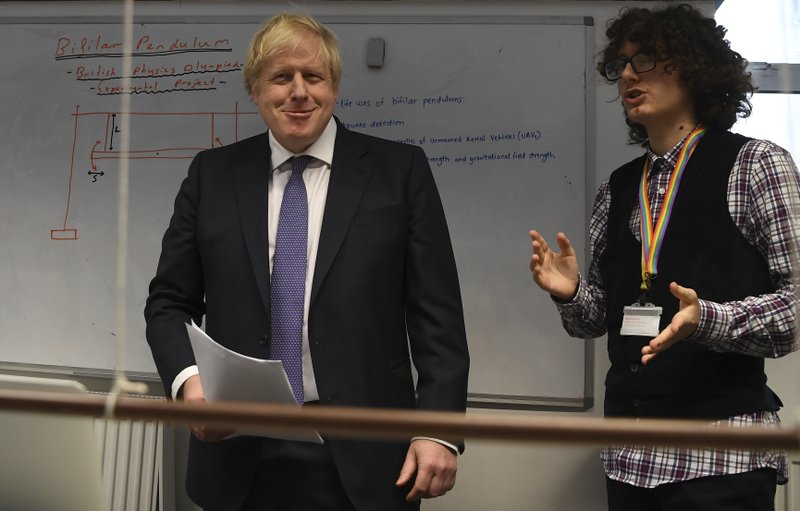 A panel of immigration experts says Britain should lower the salary threshold for immigrants after Brexit and urged the government to quickly set up new migration rules once the UK leaves the European Union.

The Conservative government asked the Migration Advisory Committee to come up with proposals for Britain’s immigration system after it leaves the EU. Brexit will end the automatic right of people from 27 EU nations to settle in the UK, the biggest shakeup to the country’s immigration system for decades.

Britain is leaving the bloc on Friday night, although the free movement of EU citizens will continue during a transition period that lasts until the end of the year. After that, the same British immigration rules will apply to both EU and non-EU citizens.

At present, to work and live in Britain, skilled migrants from outside the EU are required to have a job paying at least 30,000 pounds ($39,000) a year, more than the country’s average annual wage. The migration committee recommended that the threshold be lowered to 25,600 pounds ($33,000), and less than that for teachers and health care workers.

It also recommended a separate immigration route for people without job offers who had skills and “high potential.”

The committee predicted such a system would “very slightly increase GDP per capita, productivity, and improve the public finances” compared to the continued free movement of EU citizen s, though it would also reduce economic growth.

“No perfect system exists and there are unavoidable difficult trade-offs,” said committee chairman Alan Manning. “The largest impacts will be in low-wage sectors and the government needs to be clear about its plans for lower-skilled work migration.”

The farming, health care, and restaurant industries, among others, have pressed for lower-income requirements so they can import foreign workers to fill labor shortages.

The government said it would “carefully consider the report” before announcing new immigration rules.