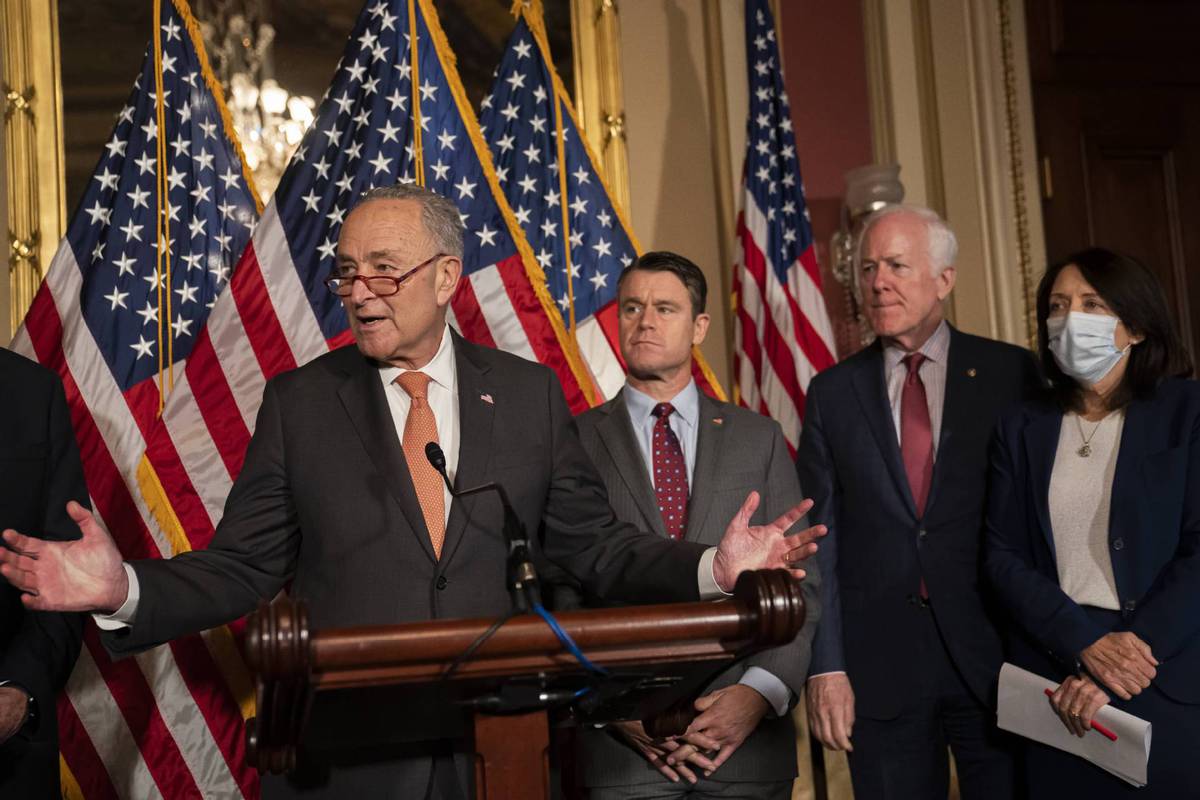 The US Senate passed a bill Wednesday that would provide $52 billion in subsidies to domestic semiconductor manufacturers to boost competition with China, but experts see some challenges in achieving that goal.

By a 64-33 vote, the Senate passed the $280 billion "CHIPS and Science Act", formerly known as the CHIPS Act. About $52 billion would go to chip companies to provide financial incentives for domestic semiconductor manufacturing.

The bill will head to the House, where it is likely to pass this week, and then move to President Joe Biden for his signature before it becomes law.

Biden has said the legislation is one of his agenda's top priorities and urged the House to pass it as soon as possible. The bill "will accelerate semiconductor manufacturing in the US, lower prices, create jobs, and — critically — decrease our reliance on imported chips", he said in a statement Wednesday.

"I see two challenges. Fifty-two billion dollars for semiconductor investments will move the needle but barely," George Koo, a retired international business adviser in Silicon Valley, told China Daily, in response to the passage of the bill.

Industry experts have said that the funding is far from enough to bring back chip manufacturing to the US, because it's extremely expensive and complicated to build a new foundry, which costs close to $20 billion today.

"And the added question is whether the United States still has the required skills after being dependent on offshore manufacturers for decades," said Koo. "Lack of the necessary technical skills can't be fixed in an instant. This country needs another 'Sputnik moment.'"

Advocates of the bill have been promoting it as a solution for the global chip shortage, which has caused price hikes and supply chain disruptions in several industries. But critics said it won't solve the problem because the chip factories won't be complete for years, and the demand for chips has already slowed.

The US share of global semiconductor manufacturing capacity has been declining in recent decades — from 37 percent in 1990 to 12 percent today.

Manufacturing moved out of the US because of lower costs in Asia. The costs of owning a new chip factory in the US are roughly 30 percent to 50 percent higher than in Asia, according to the Semiconductor Industry Association.

The decline in domestic chip manufacturing has spurred calls for legislation to bring chip production back to the US and bolster the competitiveness of the US semiconductor industry. But critics believe it isn't worthwhile to reverse this trend.

Senator Bernie Sanders has called the legislation a "bribe" and has argued that chip companies are, in effect, extorting American taxpayers.

Included in the CHIPS and Science Act are provisions that would prohibit companies from building most types of new semiconductor manufacturing facilities in China "or any other foreign country of concern" for a decade after receiving federal funding.

"The Biden administration's belated attempt to suppress China's semiconductor industry appears to have backfired. China has found workaround technologies that bypass the aging American IP that Washington has embargoed," wrote David Goldman, a columnist for Asia Times, in a recent article.

"American pressure has prompted China to push for self-sufficiency, raising the possibility that China's chip industry may become the world's dominant producer by the end of the decade," he said.

Koo echoed his comments. "The Biden administration and the US Congress remain convinced that the way to suppress China from making economic progress is to deny it access to American technology and know-how," he said.

"The more pressure the US exerts to stifle China's advance, the more determined the Chinese will be to find their own technical advances and skirt around American roadblocks," said Koo.