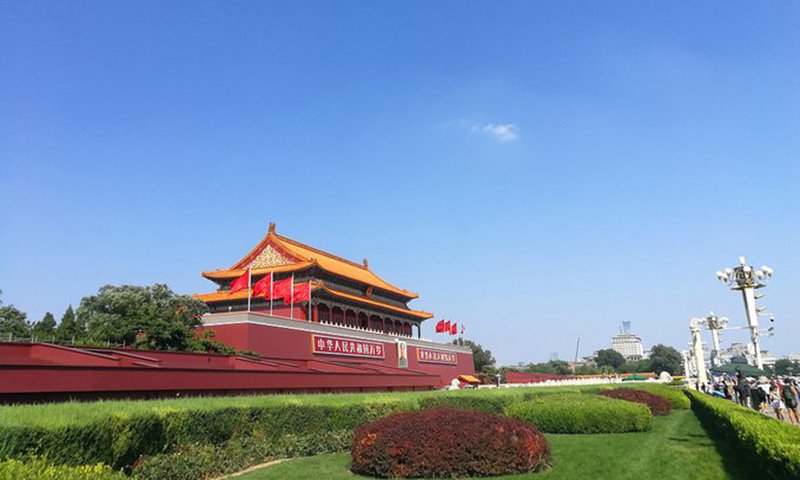 China's national image in the international community showed a steady increase in 2019 with more people appreciating China's development and contribution to global affairs, a recent report revealed, but Chinese experts warn of a possible decline this year under the impact of some Western countries' malicious slandering of China's handling of the COVID-19 pandemic.

But the improving tendency will not change as China's efforts in containing the epidemic and international help it offered during the pandemic will be recognized by the world, experts noted.

China scored 6.3 on the 10-point system concerning its overall image in the 2019 report, 0.1 point higher than in 2018. Generally, other developing countries had better impressions of China than developed countries, giving China a score of 7.2, and thus maintaining a slight upward curve in recent years, read the 2019 China National Image Global Survey released by the Academy of the Contemporary China and World Studies on Tuesday.

The survey is jointly conducted by the academy and Kantar, a world-leading data, insights and consulting company. More than 11,000 respondents from 22 countries, including the US, India, participated in the survey.

China is seen by the respondents as the second most influential country in global affairs following the US. The country got a score of 6.3 points in terms of its contribution to global governance and 6.2 points for its performance in domestic affairs, according to the survey.

Regarding its participation in global governance, the international community thought highly of China in the field of science and technology (66 percent), economy (63 percent) and culture (57 percent). Overseas respondents had better impressions of China's participation in cultural programs and on security issues, both up 4 percentage points on the 2018 survey.

The improving international image reflects an increasingly recognition of China's achievements and efforts in the past years, Chinese experts said.

They warned for a possible decline in world's good impression of China in 2020 report due to Western countries' malicious slandering of China during the pandemic. Indian people's impression on China may also be affected given the two sides' border conflicts and India's unfairly targeting of Chinese mobile apps in 2020.

However, the overall trend  toward improvement of China's national image would not change, experts said.

"As the first country to step out of the epidemic, China works with the world to tide over the crisis and contributes to the world's battle against the pandemic. The efforts have been widely recognized by most developing countries," Gao Anming, deputy director of China Foreign Languages Publishing Administration, noted at the release of the survey on Tuesday in Beijing.

China's economy has been the foundation for the global economy during pandemic and China is expected to make huge contributions to global economy in the near future, Li Huailiang, director of the Institute for a Community with Shared Future, Communication University of China, said at the survey's release.

China is the only G20 country recording GDP growth (11.5 percent) in the second quarter of 2020. Among G20 economies, China recorded the highest annual growth (3.2 percent), while India recorded the largest annual fall (minus 23.5 percent), according to a report of the Organization for Economic Co-operation and Development released on Monday.