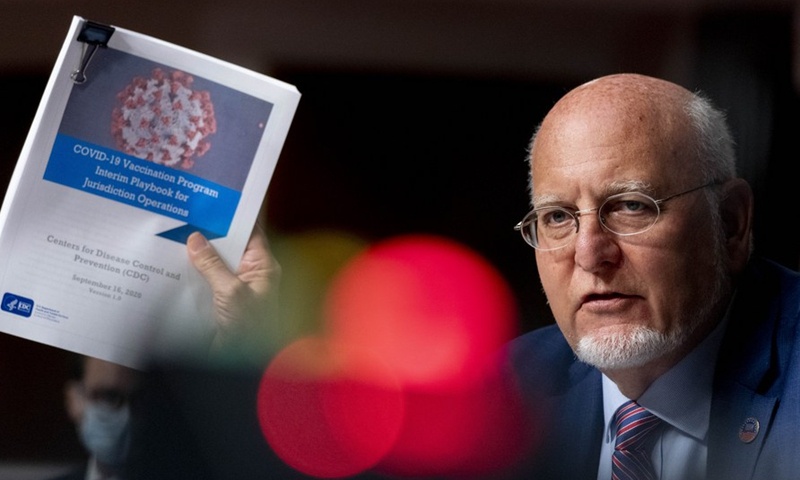 Director of the U.S. Centers for Disease Control and Prevention (CDC) Robert Redfield attends a Senate Appropriations subcommittee hearing on "Review of Coronavirus Response Efforts" on Capitol Hill in Washington, D.C., the United States, on Sept. 16, 2020. (Andrew Harnik/Pool via Xinhua)

Leading experts warned that COVID-19 cases may surge in fall and winter in the United States as the pandemic has caused over 200,000 deaths as of Tuesday.

Months into the pandemic, the United States has currently recorded more than 6.88 million confirmed COVID-19 cases and over 200,500 deaths, according to the real-time count kept by Johns Hopkins University.

Still, the actual numbers are believed to be much higher due to testing shortages, many unreported cases and other data issues.

Stanley Perlman, professor of microbiology and immunology at the University of Iowa, warned that the numbers of cases may surge in fall and winter. "But we hope that with appropriate measures and perhaps a vaccine, the surge will be less than we fear," he told Xinhua.

The US Centers for Disease Control and Prevention (CDC) announced the first COVID-19 case in the United States on Jan. 21. Four months later, on May 27, the US death toll reached 100,000.

The novel coronavirus has now killed nearly twice as many Americans as the 116,516 who died in World War I, the third-deadliest conflict in the nation's history, according to a report of ABC News.

Recently US campuses have become the new front for fighting the COVID-19 pandemic as more students are returning to school. 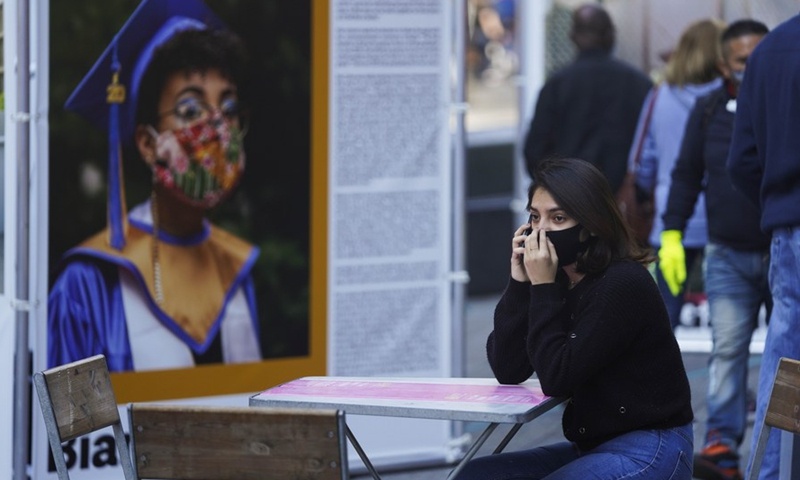 The back-to-school season has brought new infections in colleges and universities nationwide. COVID-19 cases in students and children will continue to rise, Perlman acknowledged.

In order to slow the spread of the virus, schools have taken stricter control efforts. Students breaking the rules faced serious consequences.

At Purdue University, three dozen students were suspended for attending an off-campus party and violating the school's social-distancing rules.

"Large gatherings of students on campus, in classrooms and restaurants, may make schools a hotbed for outbreaks. If strong protective measures are not in place, there will be high risks of local outbreaks," Zhang Zuofeng, a professor of epidemiology and associate dean for research with the school of public health at University of California, Los Angeles, told Xinhua.

Experts and health officials have called on the public to get vaccinated against influenza in record numbers this fall to avoid a dreaded scenario: flu colliding with COVID-19 pandemic.

As symptoms of flu and COVID-19 are similar, experts are concerned that ­flu-related illnesses could overwhelm hospitals and laboratories that test for both respiratory illnesses. 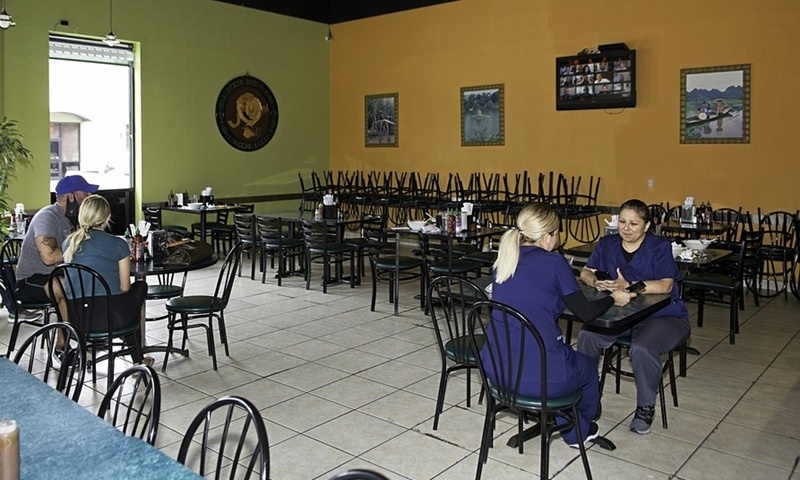 Customers dine in a Vietnamese restaurant in Frisco, Texas, the United States, on Sept. 21, 2020. (Photo by Dan Tian/Xinhua)

"This fall and winter could be one of the most complicated public health times we have, with the two coming at the same time," CDC Director Robert Redfield said in a recent interview on the JAMA network.

Arnold Monto, professor of epidemiology at the University of Michigan, told media the predominant flu strain this season could be H3N2, the most feared strain.

It is associated with more complications, hospitalizations and deaths, especially among children, people 65 and older, and people with certain chronic conditions, he said.

The country has been ramping up testing and speeding up research of vaccines and therapies in fighting COVID-19.

The CDC has updated guidelines for testing asymptomatic people, stressing that anyone who has been in contact with an infected person should be tested for coronavirus.

Redfield said last week it will be the late second quarter or third quarter of 2021 before a COVID-19 vaccine is generally available to the American public.

According to Redfield, there would be vaccine initially available sometime between November and December, but "very limited supply and will have to be prioritized."