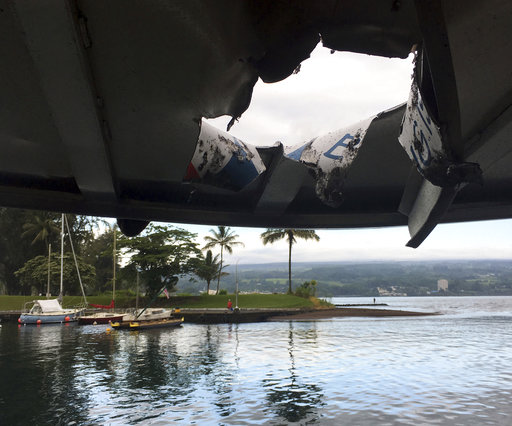 This photo shows damage to the roof of a tour boat after an explosion sent lava flying through the roof off the Big Island of Hawaii Monday, July 16, 2018, injuring at least 23 people. (Photos: AP)

A lava bomb hit a tour boat on Monday morning in Hawaii, injuring 23 people, the Hawaii County Fire Department said, according to CNN.

The lava punctured the boat's roof and it returned to Wailoa Harbor, the fire department said. 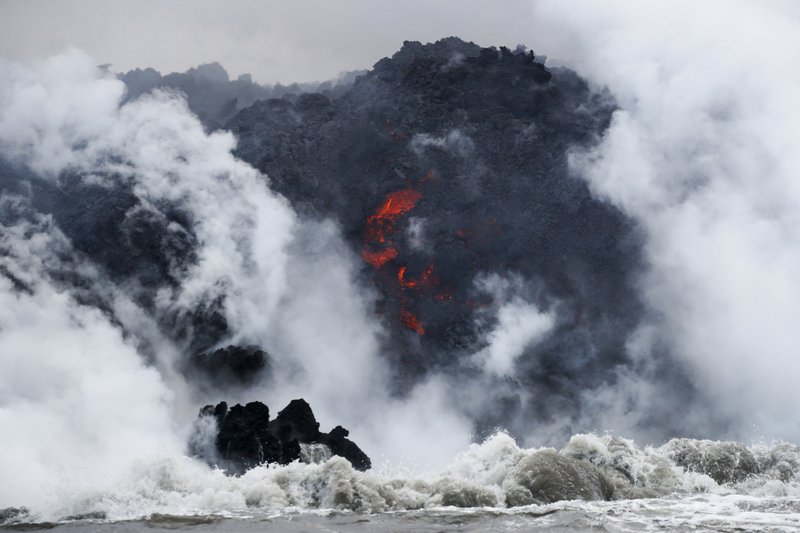 Of the 13 injured passengers, four were taken by ambulance to Hilo Medical Center, according to the Hawaii County Fire Department.