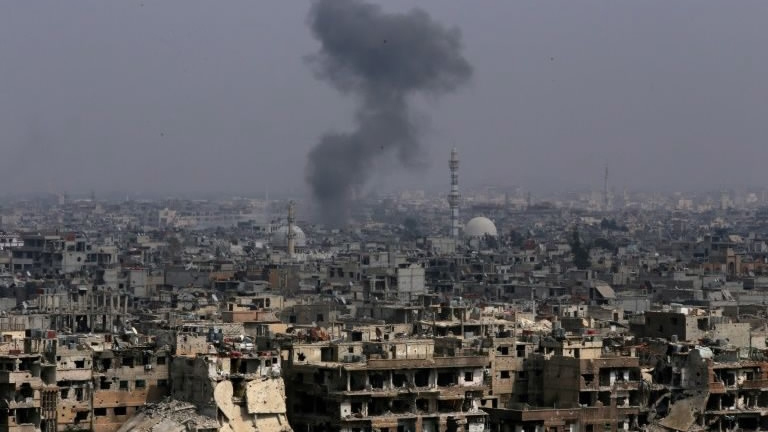 The report said the preliminary information indicates that it could be a terrorist act.

No further details were given by the official agency.

For its side, the Syrian Observatory for Human Rights war monitor said people were killed or wounded in the explosion, which is followed by gunfire in the area.

The watchdog group said the explosion is not yet known whether caused by an explosive device or a booby-trapped vehicle.

The explosion comes after 13 months of no explosion in Damascus, which has become completely safe when the last rebel group evacuated its vicinity last May.

Meanwhile, a police source told Xinhua on condition of anonymity that the explosion was not a terrorist one.

He said the engineering units in the army detonated an explosive device which was found near the town of Daraya near the southern highway, possibly from the times when the rebels were in control of that area.