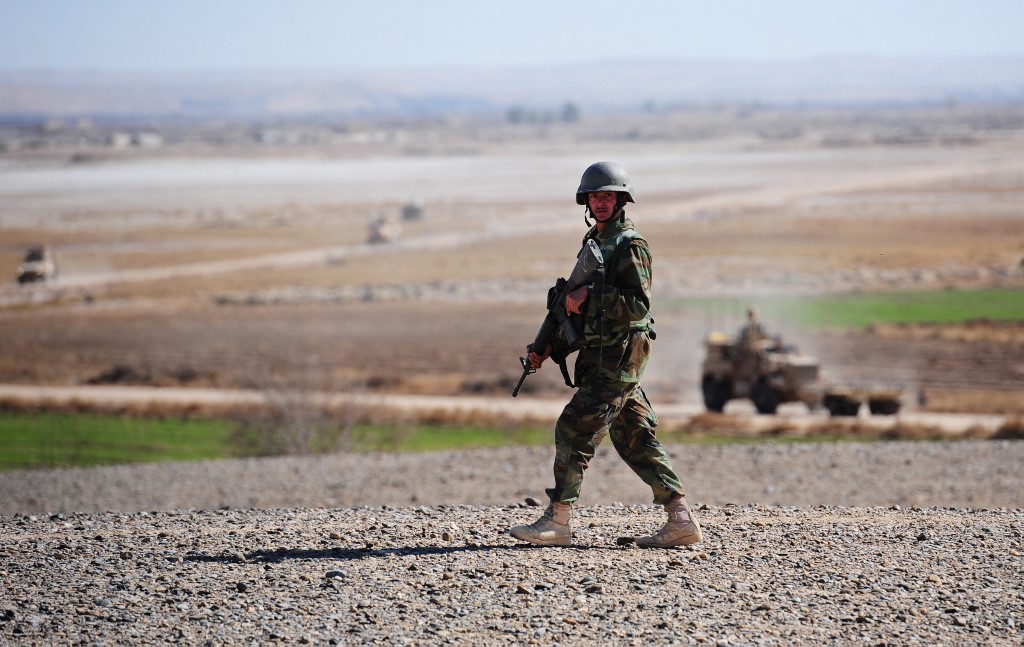 An Afghan soldier trained by US Marines from the First Battalion, 6th Regiment patrols near the Mahafiz camp on the outskirts of Marjah in Afghanistan's central Helmand province on January 20, 2009. (File photo: AFP)

LASHKAR GAH, Afghanistan, April 1 (Xinhua) -- Five children were killed and two others injured as an explosive device left over from the past wars exploded in southern Afghanistan's Helmand province on Friday, the state-run news agency Bakhtar reported.

The deadly blast happened at 09:00 a.m. local time in a camp area of Marja district when a group of children found a toy-like device and played with it. The device exploded and killed the five kids on the spot, injuring two others including a girl, the news agency reported.

Afghanistan has been among the most mine-contaminated countries where the unexploded ordnances left over from the past more than four decades of war often claim lives of or maim the people, many of whom are children.