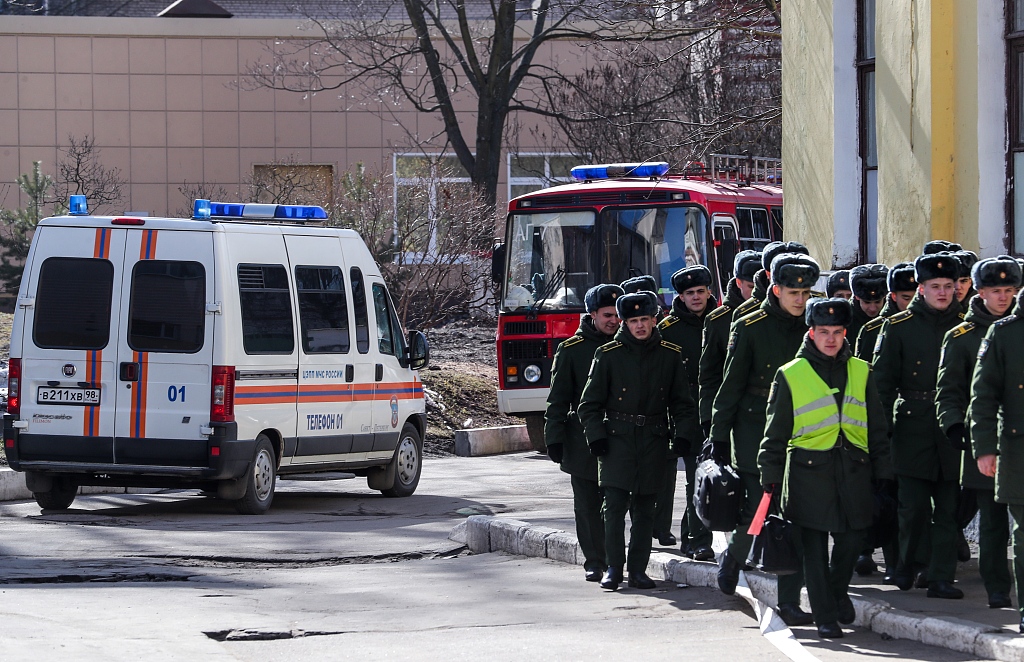 "An explosion of an unidentified explosive device took place around 1.30 pm (1030 GMT), in Saint Petersburg in staff premises of an administrative building at the Mozhaisky academy," the ministry said in a statement. Three people received non-life-threatening injuries and were receiving medical treatment, it added.