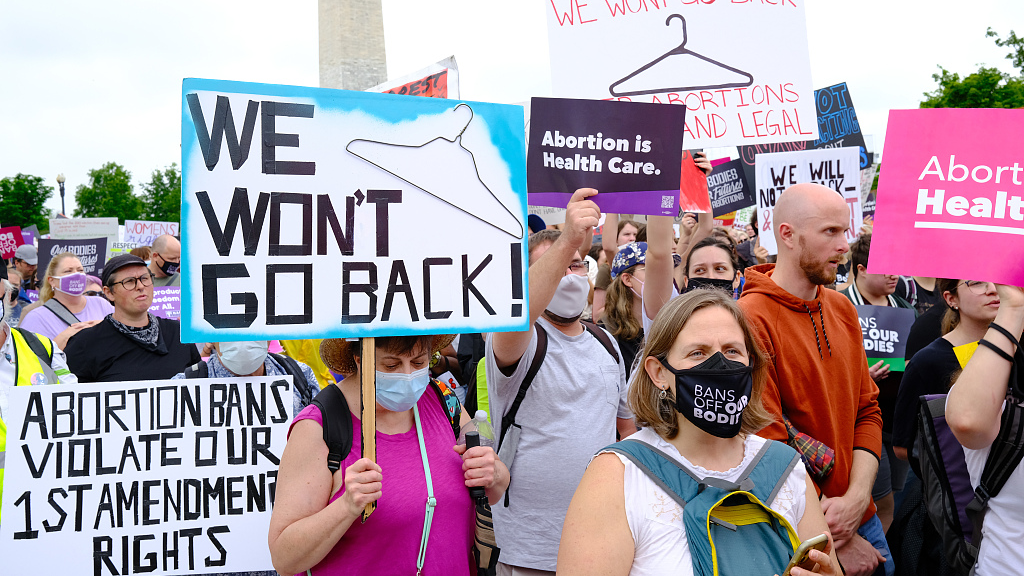 Facebook and Instagram have begun promptly removing posts that offer abortion pills to women who may not be able to access them following a U.S. Supreme Court decision that stripped away constitutional protections for the procedure.

Memes and status updates explaining how women could legally obtain abortion pills in the mail exploded across social platforms. Some even offered to mail the prescriptions to women living in states that now ban the procedure.

General mentions of abortion pills, as well as posts mentioning specific versions such as mifepristone and misoprostol, suddenly spiked on June 24 morning across Twitter, Facebook, Reddit and TV broadcasts, according to an analysis by the media intelligence firm Zignal Labs.

How posts were deleted

The AP obtained a screenshot on June 24 of one Instagram post from a woman who offered to purchase or forward abortion pills through the mail, minutes after the court ruled to overturn the constitutional right to an abortion.

"DM me if you want to order abortion pills, but want them sent to my address instead of yours," the post on Instagram read.

Instagram took it down within moments. Vice Media first reported on Monday that Meta, the parent of both Facebook and Instagram, was taking down posts about abortion pills.

On Monday, an AP reporter tested how the company would respond to a similar post on Facebook, writing: "If you send me your address, I will mail you abortion pills."

Yet, when the AP reporter made the same exact post but swapped out the words "abortion pills" for "a gun," the post remained untouched. A post with the same exact offer to mail "weed" was also left up and not considered a violation.

Marijuana is illegal under federal law and it is illegal to send it through the mail.

Abortion pills, however, can legally be obtained through the mail after an online consultation from prescribers who have undergone certification and training.

In an email, a Meta spokesperson pointed to company policies that prohibit the sale of certain items, including guns, alcohol, drugs and pharmaceuticals. The company did not explain the apparent discrepancies in its enforcement of that policy.

Meta spokesperson Andy Stone confirmed in a tweet Monday that the company will not allow individuals to gift or sell pharmaceuticals on it platform, but will allow content that shares information on how to access pills. Stone acknowledged some problems with enforcing that policy across its platforms, which include Facebook and Instagram.

"We've discovered some instances of incorrect enforcement and are correcting these," Stone said in the tweet.

The U.S. Attorney General Merrick Garland said on June 24 that states should not ban mifepristone, the medication used to induce an abortion.

"States may not ban mifepristone based on disagreement with the FDA's expert judgment about its safety and efficacy," Garland said in a June-24 statement.

But some U.S. Republicans have already tried to stop their residents from obtaining abortion pills through the mail, with some states like West Virginia and Tennessee prohibiting providers from prescribing the medication through telemedicine consultation.