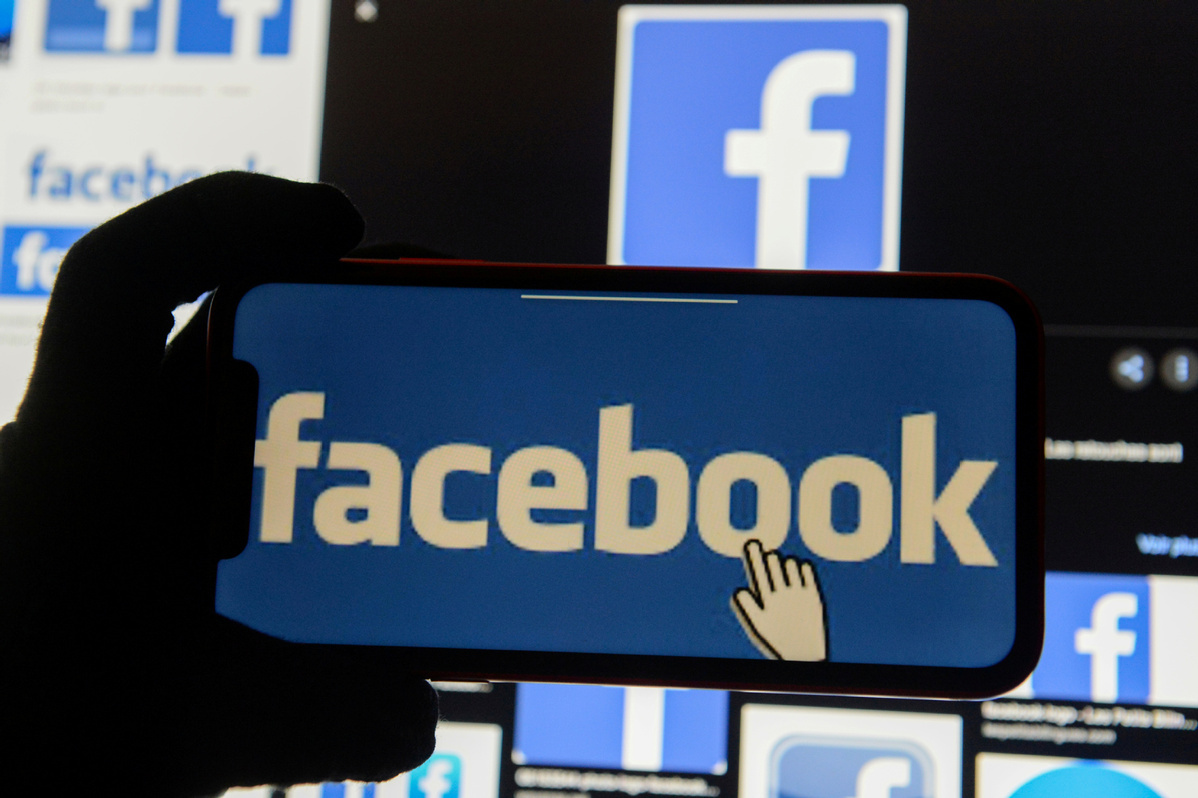 The Facebook logo is displayed on a mobile phone in this picture illustration taken Dec 2, 2019. (Photo: Agencies)

Advertisements for more than 400 brands including Coca-Cola and Starbucks vanished from Facebook on Wednesday, after the failure of last-ditch talks to stop a boycott over hate speech on the site.

US civil rights groups have enlisted the multinationals to help pressure the social media giant into taking concrete steps to block hate speech in the wake of the death of George Floyd and amid a national reckoning over racism.

Facebook executives held at least two meetings with advertisers on Tuesday, the eve of the planned one-month boycott, three sources who participated in the calls told Reuters.

But the executives offered no new details on how they would tackle hate speech, the sources said. Instead, they pointed back to recent news releases, frustrating advertisers on the calls who believe those plans do not go far enough.

Facebook CEO Mark Zuckerberg agreed to meet with the organizers of the boycott, a spokeswoman said. One of those groups, the Anti-Defamation League, said the meeting would happen next week.

US civil rights groups including the Anti-Defamation League, NAACP and Color of Change started the "Stop Hate for Profit" campaign after the death of Floyd, a black man who died under the knee of a white police officer in May.

The groups outlined 10 demands, including allowing people who experience severe harassment to speak with a Facebook employee and giving refunds to brands whose ads show up next to offensive content that is later removed.

"Let's send Facebook a powerful message: Your profits will never be worth promoting hate, bigotry, racism, anti-Semitism and violence," "Stop Hate for Profit" said on its website.

Facebook said earlier this week it would submit to an audit of its hate speech controls, adding to plans to label newsworthy content that would otherwise violate its policies, following similar practices at other social media platforms such as Twitter.

One digital ad agency representative who participated in a call on Tuesday said Facebook executives referred repeatedly to the audit, without offering additional concessions.

Facebook executives have reached out to CEOs, board members and chief marketing officers of major advertisers to talk them out of the boycott, two people briefed on the discussions told Reuters.

The boycott will be a test for advertisers on how to reach billions of consumers without relying on the largest social media platform in the world, an executive at a major ad agency said.

Companies that run ads in order to promote their brand image rather than to make direct sales are less beholden to Facebook. Many of these, including the multinational advertisers who have joined up with the boycott, will begin to plot how they can achieve the same goals without Facebook, the executive said.

For Facebook, the boycott is unlikely to have a big financial impact. The top 100 brands on Facebook in 2019 likely brought in only 6 percent of Facebook's total $70 billion in annual revenue, according to a Morningstar research note citing Pathmatics data, which measures most types of advertising on the platform. Facebook said last year its top 100 advertisers accounted for less than 20 percent of total ad revenue.