A Senate panel is calling on the CEOs of Facebook and Twitter to defend their handling of disinformation in the contest between President Donald Trump and Democrat Joe Biden. But the senators are deeply divided by party over the integrity and results of the election itself. 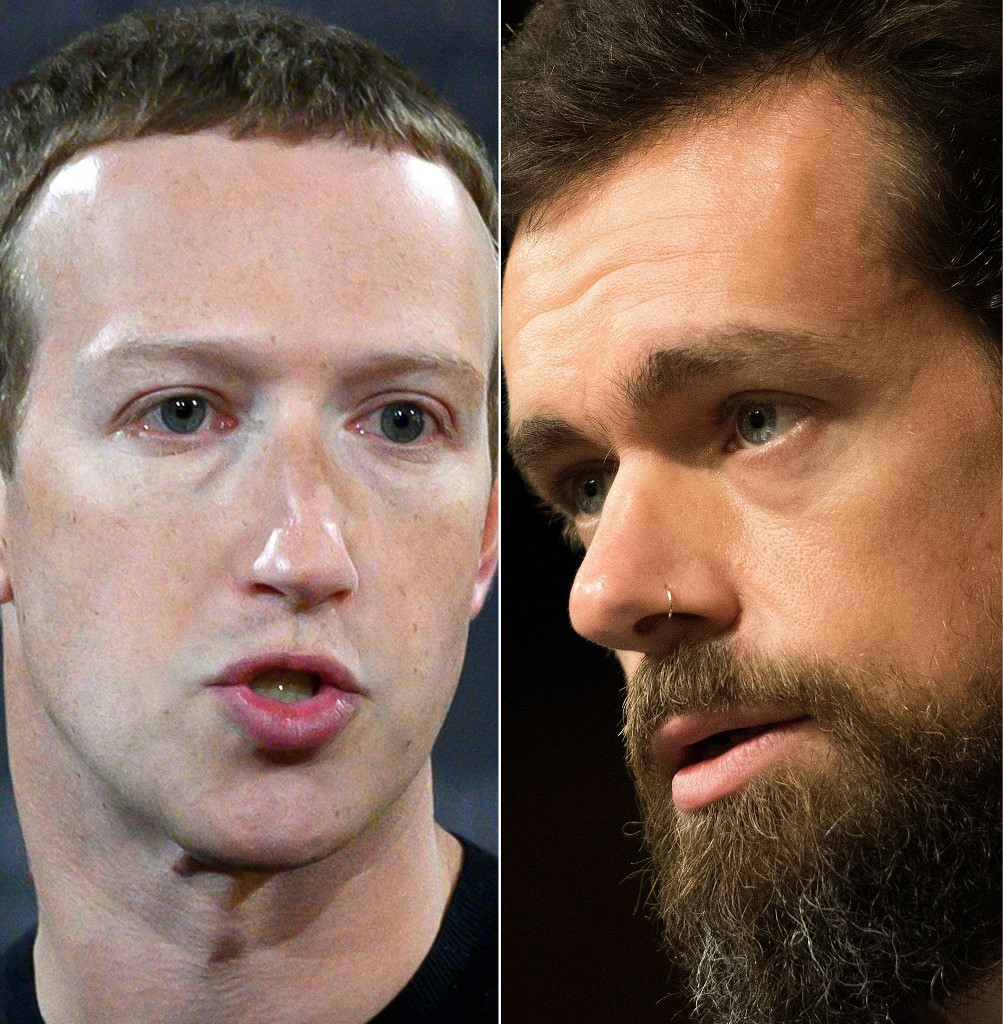 The Senate Judiciary Committee is holding a hearing Tuesday to question Facebook’s Mark Zuckerberg and Twitter’s Jack Dorsey on their companies’ actions around the closely contested election. The two social media CEOs are expected to testify via video.

Prominent Republican senators — including the Judiciary Committee chairman, Sen. Lindsey Graham of South Carolina — have refused to knock down Trump’s unfounded claims of voting irregularities and fraud, even as misinformation disputing Biden’s victory has flourished online.

Zuckerberg and Dorsey promised lawmakers last month that they would aggressively guard their platforms from being manipulated by foreign governments or used to incite violence around the election results — and they followed through with high-profile steps that angered Trump and his supporters.

Twitter and Facebook have both slapped a misinformation label on some content from Trump, most notably his assertions linking voting by mail to fraud. On Monday, Twitter flagged Trump’s tweet proclaiming “I won the Election!” with this note: “Official sources called this election differently.”

Facebook also moved two days after the election to ban a large group called “Stop the Steal” that Trump supporters were using to organize protests against the vote count. The 350,000-member group echoed Trump’s baseless allegations of a rigged election rendering the results invalid.

For days after the election as the vote counting went on, copycat “Stop the Steal” groups were easily found on Facebook. As of Monday, Facebook appeared to have made them harder to find, though it was still possible to locate them, including some groups with thousands of members.

Warily eyeing how the companies wield their power to filter speech and ideas, Trump and the Republicans accuse the social media companies of anti-conservative bias. Democrats also criticize them, though for different reasons. The result is that both parties are interested in stripping away some of the protections that have shielded tech companies from legal responsibility for what people post on their platforms. Biden has heartily endorsed such an action.

But it’s the actions that companies have taken around the election that are likely to be a dominant focus at Tuesday’s hearing.

The GOP majority on the Judiciary panel threatened Zuckerberg and Dorsey with subpoenas last month if they didn’t agree to voluntarily testify for Tuesday’s hearing. Republicans on the Senate Commerce Committee lambasted the two CEOs and Sundar Pichai, Google’s chief executive, at a hearing last month for what they said was a pattern of silencing conservative viewpoints while giving free rein to political actors from countries like China and Iran.

Despite fears over security in the run-up to Nov. 3 and social media companies bracing for the worst, the election turned out to be the most secure in U.S. history, federal and state officials from both parties say — repudiating Trump’s unsubstantiated claims of fraud.

Facebook insists it has learned its lesson from the 2016 election and is no longer a conduit for misinformation, voter suppression and election disruption. This fall Facebook said it removed a small network of accounts and pages linked to Russia’s Internet Research Agency, the “troll factory” that has used social media accounts to sow political discord in the U.S. since the 2016 election. Twitter suspended five related accounts.

But critical outsiders, as well as some of Facebook’s own employees, say the company’s efforts to tighten its safeguards remain insufficient, despite it having spent billions.

“Facebook only acts if they feel there’s a threat to their reputation or their bottom line,” says Imran Ahmed, CEO of the Center for Countering Digital Hate. The organization had pressed Facebook to take down the “Stop the Steal” group.

There’s no evidence that the social media giants are biased against conservative news, posts or other material, or that they favor one side of political debate over another, researchers have found. But criticism of the companies’ policies, and their handling of disinformation tied to the election, has come from Democrats as well as Republicans.

Democrats have focused their criticism mainly on hate speech, misinformation and other content that can incite violence, keep people from voting or spread falsehoods about the coronavirus. They criticize the tech CEOs for failing to police content, blaming the platforms for playing a role in hate crimes and the rise of white nationalism in the U.S. And that criticism has extended to their efforts to stamp out false information related to the election.