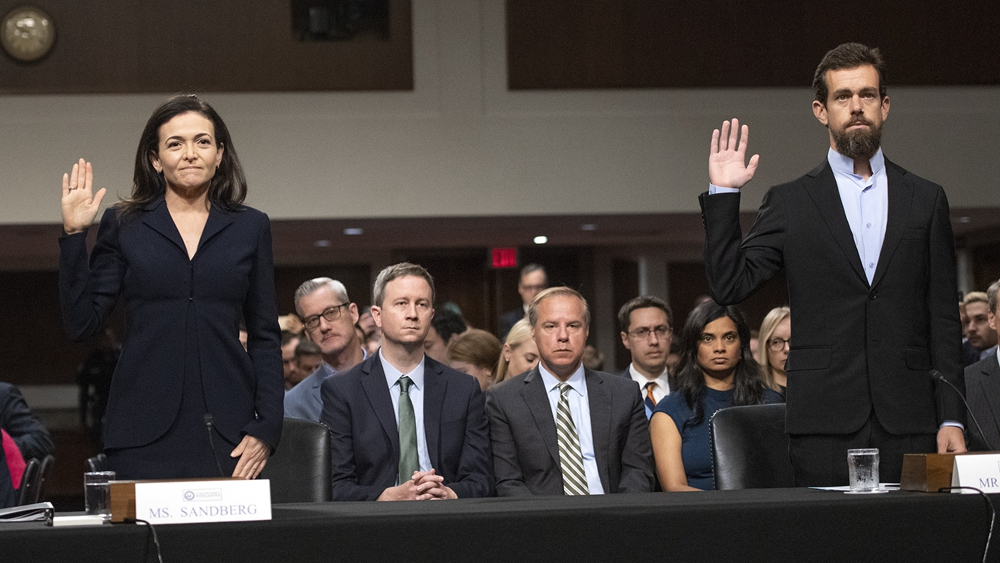 Sheryl Sandberg, COO of Facebook and Jack Dorsey, co-founder and CEO of Twitter, give testimony before a US Senate Select Committee "to examine foreign influence operations' use of social media platforms" in Washington, DC, September 5, 2018. (Photo: VCG)

Facebook and Twitter haven't detected Chinese meddling in the 2018 US mid-term elections, Bloomberg reported on Wednesday, citing unnamed officials from both companies.

The social media giants have reported online disinformation campaigns ahead of the November 6 elections that appear to originate from Russia and Iran. But press representatives for both companies said they haven't found evidence so far of such activity from China.

Facebook and Twitter have both stepped up efforts to detect and stop foreign-government disinformation campaigns on their platforms in the wake of Russian interference in the 2016 election.

The finding challenges US President Donald Trump's claims that "China has been attempting to interfere in our upcoming 2018 election" against his administration at a meeting of the United Nations Security Council.

Beijing immediately rejected the allegation during the same meeting.

"We did not and will not interfere in any country's domestic affairs. We refuse to accept any unwarranted accusations against China,” the Chinese government's top diplomat Wang Yi told the Council.

On October 4, US Vice President Mike Pence delivered a speech at a think tank, again accusing China of "an unprecedented effort to influence American public opinion, the 2018 elections, and the environment leading into the 2020 presidential elections."

The administration hasn't provided evidence to back up the claims.