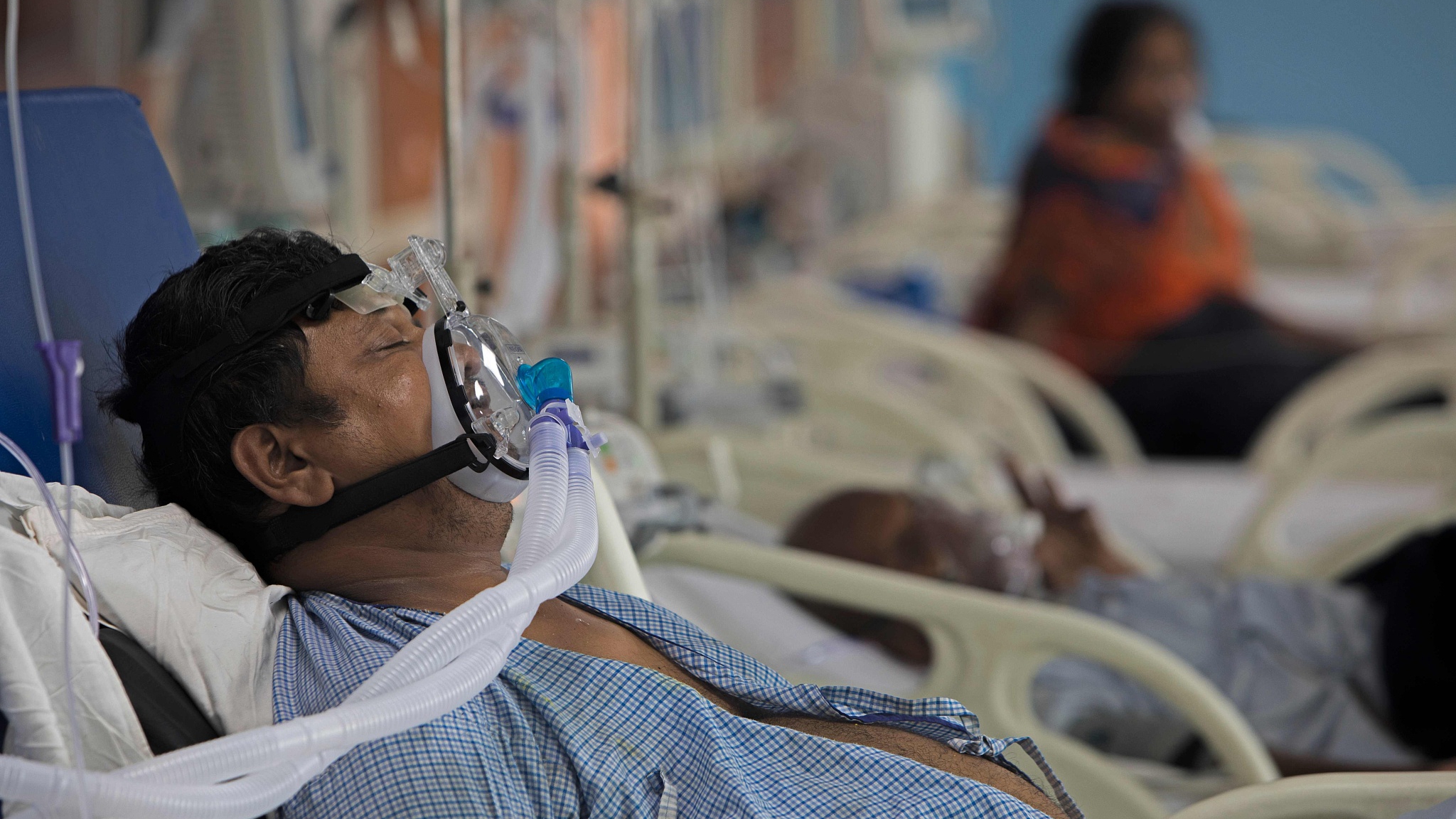 An India Today article stated, "It is a matter of life and death, but China is choosing to make profits at the cost of people's lives. Not only have Chinese companies indulged in surge pricing with an increase in demand, they are now sending sub-standard COVID-19 related critical equipment to India." 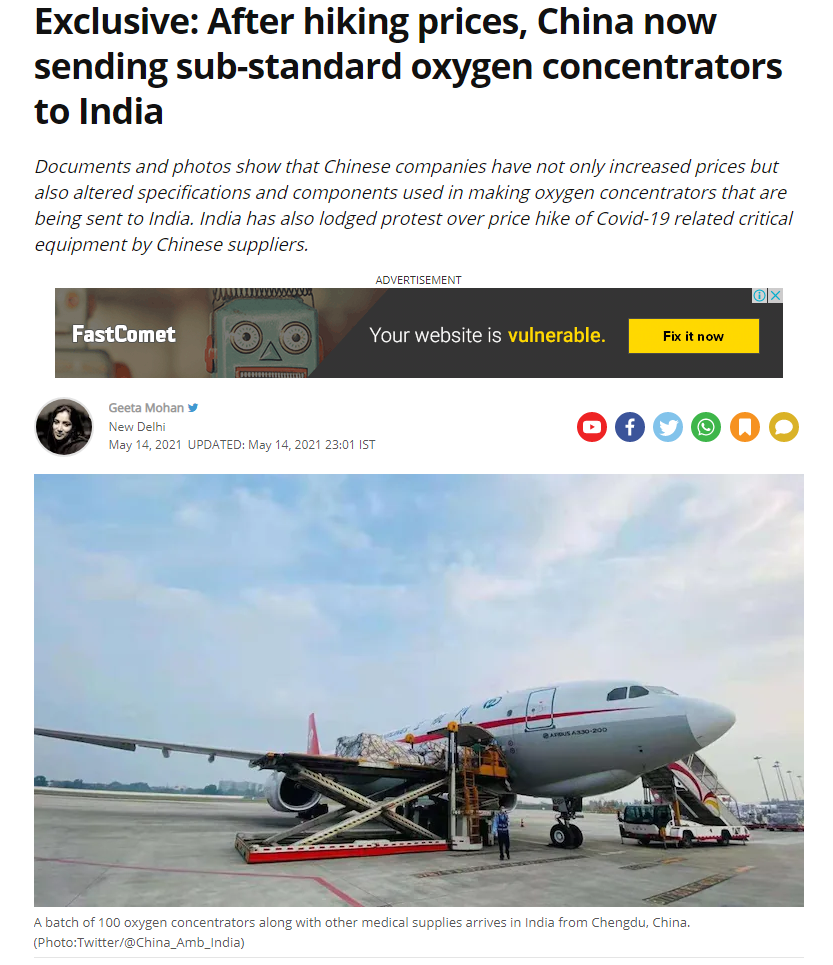 Shenzhen Homed Medical produces respiratory medical devices, which have been exported to many countries and regions including Europe, the United States and India. CGTN spoke to the company's vice president, Chen Yu, to learn more about its operations.

When asked about whether it is true that Chinese companies are selling the oxygen concentrators at a higher price, Chen said: "Actually, there is a certain increase in price but not that much … and there is a reason."

"First of all, the core raw material, which is called zeolite and mainly imported from France and the United States, has seen a high increase in price, causing an increase in the cost of manufacturers. Meanwhile, workload has also increased to meet such a large demand. The change of transport from shipping to air also increased the cost of each machine by $100. So, at the moment from our side, the cost of oxygen machines is up about 30 percent per unit. But as far as I know, general price growth is only 10-20 percent. I think it is really unfair to say that Chinese companies make profits at the cost of people's lives."

He added the increase in price in India's market is not only related to the manufacturing company, but also to intermediary businesses. The invoice showed in the report by India Today is from an Indian company rather than a Chinese one, showing some of the added cost is coming from the domestic firm. As for quality, Chen said the accusations are untrue.

"They say there are no coils in the most recent products. Actually, the coil is an outdated technology. We have already been making the product to maintain life duration without a coil for a couple of years."

India Today also said Chinese companies are selling home-grade products for medical use, which Chen explained is not a problem.

"In fact, oxygen concentration in small machines is more than 90 percent, so there is no problem reaching medical standard, which is 88 percent. But at present, it takes 2 to 3 minutes for it to reach this concentration, so it cannot be used in the case of medical emergencies at any time. But perhaps the current situation in India is a bit different," said Chen.

"At present, India recognizes CE certification from the European Union, and those Chinese companies that have business with India all passed third-party testing to obtain the qualifications. In addition, China's Ministry of Commerce conducts strict testing on medical supplies. Chinese customs also carries out inspection at clearance, so no doubt the quality is highly assured."

According to Cai, about 50 out of 180 Chinese oxygen concentrator manufacturers have CE certification to not only export products to India but to many other countries as well. And those countries have never found fault with qualified Chinese products.