Factors behind US incapability to solve COVID-19 testing crisis: Politico 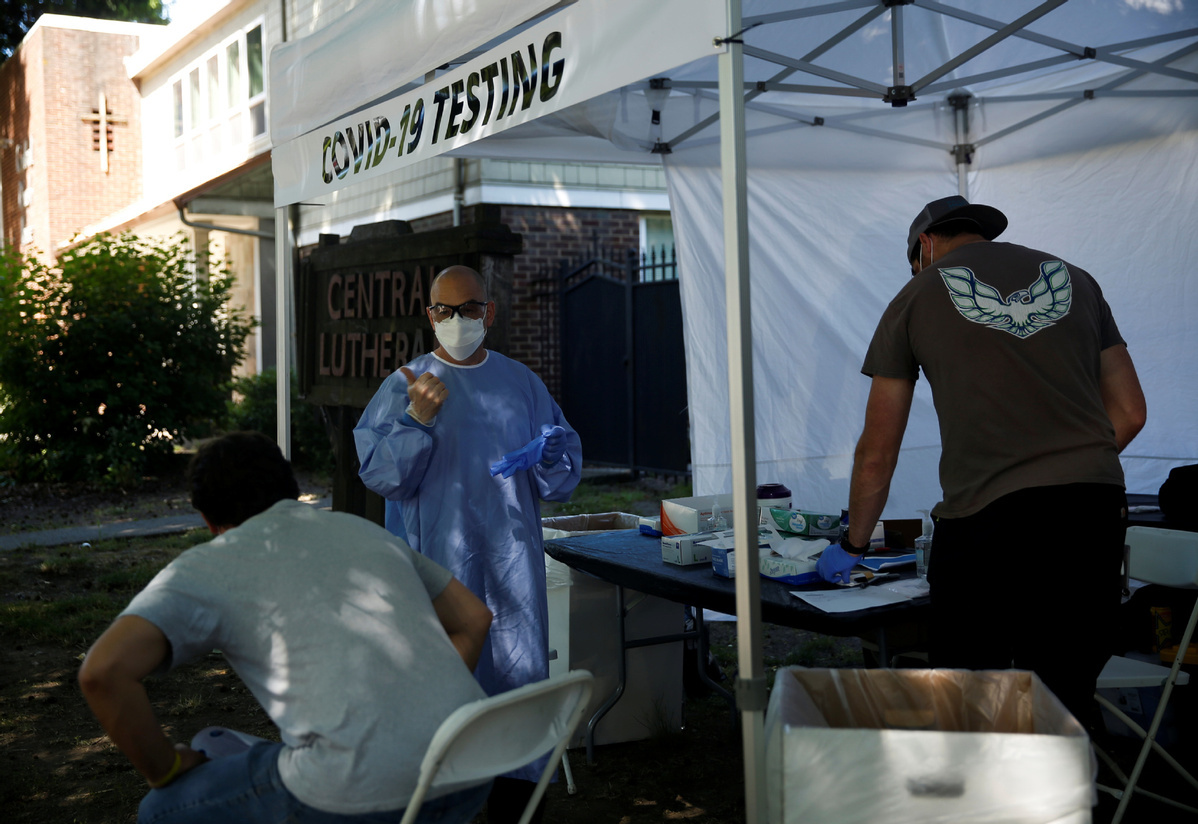 A registered nurse with Providence Health, talks to a person about their free coronavirus disease (COVID-19) test at a testing site on the edge of the CHOP area as people continue to occupy space and protest against racial inequality in the aftermath of the death in Minneapolis police custody of George Floyd, in Seattle, Washington, US, June 25, 2020. (Photo: Agencies)

NEW YORK - With the testing rate failing to catch up with the soaring daily surge in COVID-19 cases in the United States, the country worst-hit by the coronavirus worldwide "still doesn't have a handle on testing", Politico reported Sunday.

In the past week, more than 4 million tests have been conducted in the United States, which has a population of over 328 million. Yet skyrocketing increases in new infections succeeded in stealing attention from the surge in tests.

Public health experts warned that the outbreak might "spin out of control in the coming months," according to Politico.

An opinion essay published in Politico listed five factors behind the US testing crisis.

First, the supply chain problems remain intractable. Commercial labs across the United States still could not get enough stocks of reagents, which are indispensable for producing samples for testing.

Secondly, reopening leads to soaring demands. Labs are running out of capacity to analyze the piling-up samples, as a result of a recent push to test people in prisons and nursing homes, businesses testing their workers, hospitals testing patients accepting elective surgeries etc.

"We can complete between 5,000 and 7,000 tests per day, which we feel is adequate in terms of managing the disease," Hawaii Governor David Ige told Politico. "But reopening will create a real dilemma and testing challenge for us once we get anywhere close to a normal volume of tourism."

Moreover, testing alone is far from enough to contain the spread of the virus, the report said, adding that tracing and testing contacts of confirmed cases, and putting them in quarantine are significant steps to tackle the epidemic.

The report also said "testing deserts", which accomodate more than 20 million US residents, especially people of color, as well as the White House's shying away from setting a national testing strategy have also aggravated the testing crisis.