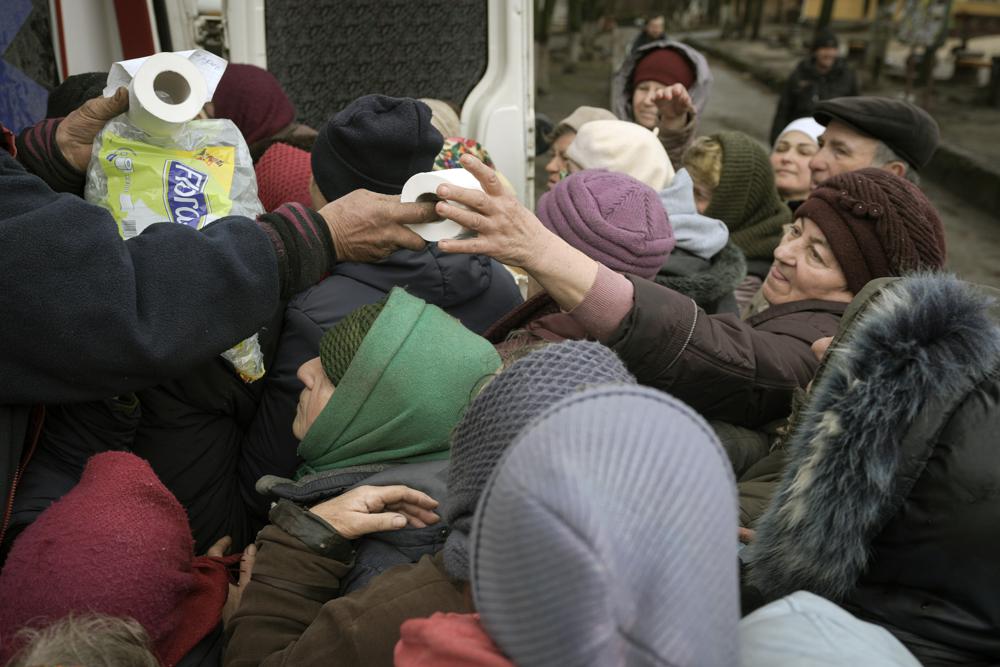 BEIJING, April 3 (Xinhua) -- The Russia-Ukraine conflict continued on Sunday, as draft documents discussed during the meeting in Istanbul this week are now ready for discussion by the presidents of Ukraine and Russia. Following are the latest developments of the situation:

The draft has been "developed enough to conduct direct consultations between the two leaders of the countries," said head of the Ukrainian delegation David Arakhamia, as quoted by Interfax-Ukraine news agency.

Ukraine's government-run Ukrinform news agency confirmed on Friday that the two sides have started the next round of peace talks via video, citing a member of the Ukrainian delegation Mykhailo Podolyak.

Ukraine has regained control of the "whole Kiev region," Deputy Minister of Defense of Ukraine Hanna Maliar said on Facebook on Saturday.

The Russian military continues to carry out systematic missile and airstrikes on targets in Ukraine, but the intensity has decreased, said the General Staff of the Armed Forces of Ukraine.

Additional units of the Russian military are preparing to participate in combat in Ukraine, it added.

Explosions rocked Ukraine's southern Black Sea port city of Odesa early Sunday as the city came under an airstrike, the Operation Command South, a formation of the Ukrainian Ground Forces in southern Ukraine, said on Facebook.

The attacks hit the city's infrastructure. Some of the missiles were intercepted by the air defense.

According to preliminary data, there were no reports of casualties from the strikes.

Smoke has been rising in various districts of the city.

The facilities supply fuel to a group of Ukrainian troops in the Mykolaiv direction, Konashenkov said Sunday during a briefing.