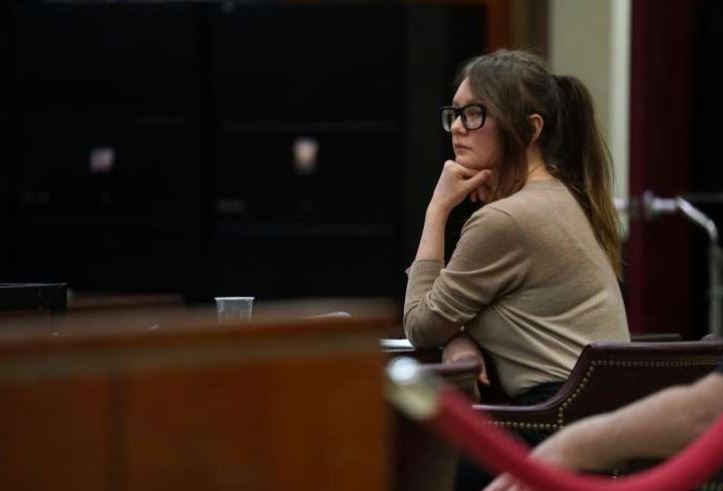 Anna Sorokin invented a new identity upon her arrival in the United States, presenting herself as an heiress when she was in fact the daughter of a Russian truck driver who moved to Germany at the age of 16. (Photo: AFP)

A German-Russian woman who passed herself off as an heiress faces sentencing in New York on Thursday after being convicted of stealing over $200,000 and attempting to make off with millions more.

Anna Sorokin, 28, invented a new identity upon her arrival in the United States in 2016, presenting herself as an heiress when she was in fact the daughter of a Russian truck driver who moved to Germany at the age of 16.

She faces up to 15 years in prison after being convicted of crimes including multiple counts of grand larceny as well as theft of services.

Through clever lies and incredible self-confidence, Sorokin -- who went by the name Anna Delvey during the time she spent posing as an heiress -- received tens of thousands of dollars in loans from several banks.

The "masquerade" began with her arrival in the US, after which she quickly insinuated herself into trendy New York social circles.

From November 2016 to August 2017, she managed to travel free of charge on private jets and lived for months at luxury Manhattan hotels without paying the bill, according to New York prosecutors.

She confidently promised she would pay money she owed, including one incident recounted in court in which she skipped out on an $11,000 tab at The Beekman hotel in Manhattan after a 16-night stay.

According to a first-hand account by a former Vanity Fair photo editor of Sorokin's financial manipulation, the fake heiress invented emotional outbursts to avoid paying for a 2017 stay at the five-star Moroccan resort La Mamounia.

She reportedly convinced aviation company Blade to charter her a private jet to take her to visit billionaire investment guru Warren Buffett in Omaha, a $35,000 undertaking for which she never paid.

As she became more enmeshed with the New York City elite, Sorokin focused on an ambitious project to open an upscale nightclub that doubled as an art gallery.

She tried to borrow $22 million in order to launch it after convincing a powerful promoter to provide a venue on the prestigious Park Avenue.

But it all came crashing down for Sorokin when she was indicted in late October 2017 for stealing "approximately $275,000 through multiple scams."

"This defendant's alleged criminal conduct spans from check fraud to six-figure stolen loans and includes schemes that resulted in a free trip to Morocco and travel on private planes," Vance said at the time.

At trial, Sorokin's attorney Todd Spodek likened her to Frank Sinatra, saying: "In a city that favors money and the appearance of money... they both created their own opportunities."

"She was creating a business that she believed would work and she was buying time," her attorney argued.

But his appeal ultimately failed to sway jurors, who found her guilty last month.