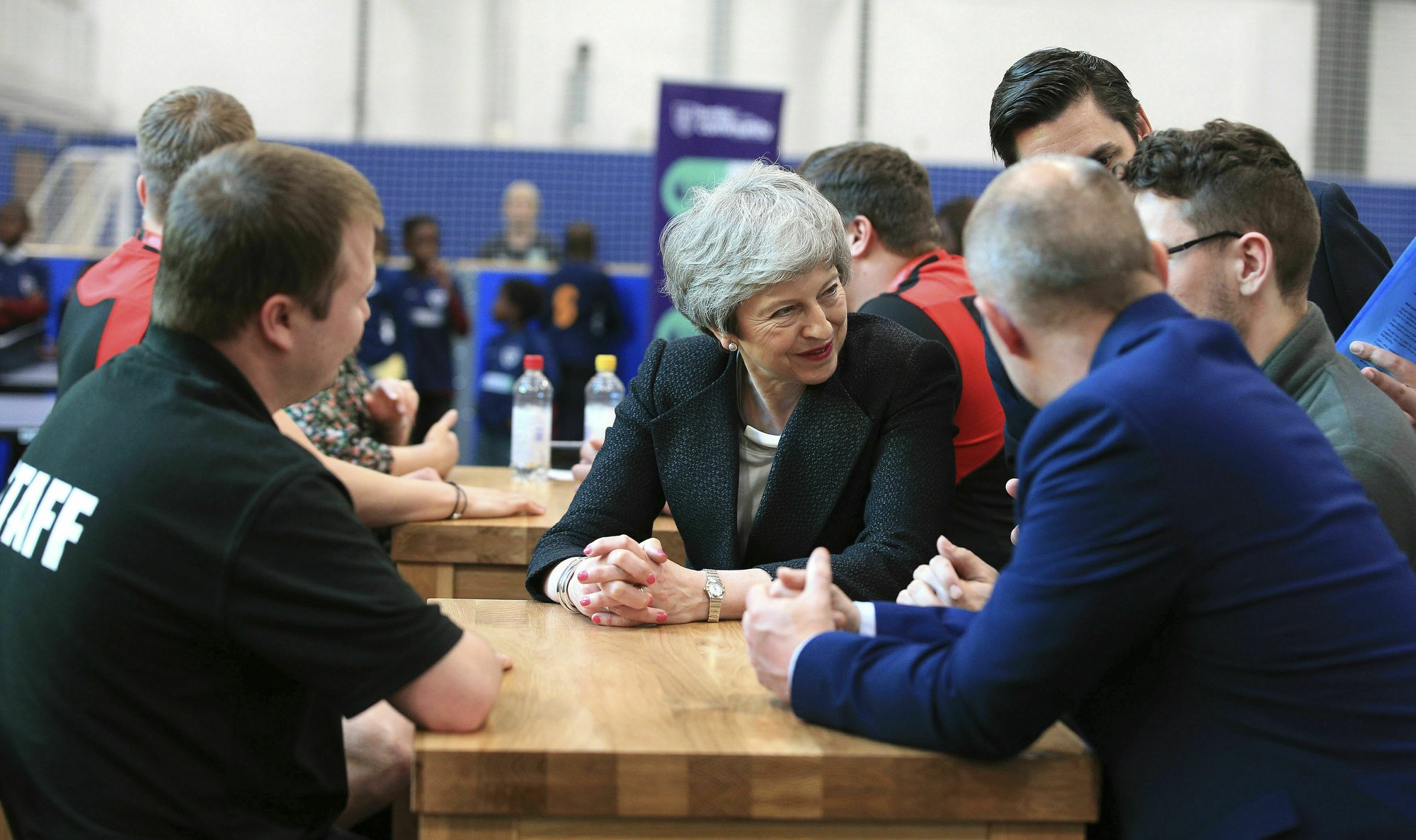 Britain's Prime Minister Theresa May smiles during a visit to the Leisure Box while on the local elections campaign in Brierfield, England, April 25, 2019. (Photo: AP)

It’s quiet out there. Probably too quiet.

Britain is due to leave the European Union in six months, but you wouldn’t know it from the country’s news headlines or the debates in Parliament. The issue that consumed the country for almost three years has been reduced to a murmur.

The EU has agreed to delay the U.K.’s exit — long scheduled to take place last month — until Oct. 31 to give Britain’s deadlocked politicians more time to approve a divorce deal. European Council President Donald Tusk warned the U.K. not to waste the extra time.

But there has been little progress toward breaking the political impasse that has left Britain in limbo.

Prime Minister Theresa May struck a deal with the EU on the terms of Britain’s departure late last year, but Britain’s Parliament has rejected it three times. May has failed to persuade many Brexit-backing lawmakers from her own Conservative Party to support an agreement that they think keeps Britain too tightly bound to the bloc’s rules.

So May changed course and pinned her hopes on a deal with the opposition Labour Party. Senior officials from the two sides have held several weeks of talks, which continued Monday.

But the parties are divided over Britain’s post-Brexit relationship with the EU. Labour insists the U.K. should remain in a customs union with the bloc to avoid barriers to trade. The government rejects the idea, arguing that accepting EU trade rules would prevent Britain striking new deals around the world.

Both parties have accused the other of failing to compromise.

“These talks are serious, but there are also some difficulties in finding a way forward,” May’s spokesman James Slack said.

Despite the lack of visible progress, neither the Conservatives nor Labour is pulling the plug on talks yet. Many areas of the country are holding local elections on Thursday, and neither party wants to do anything to remind voters that Brexit is in a mess. 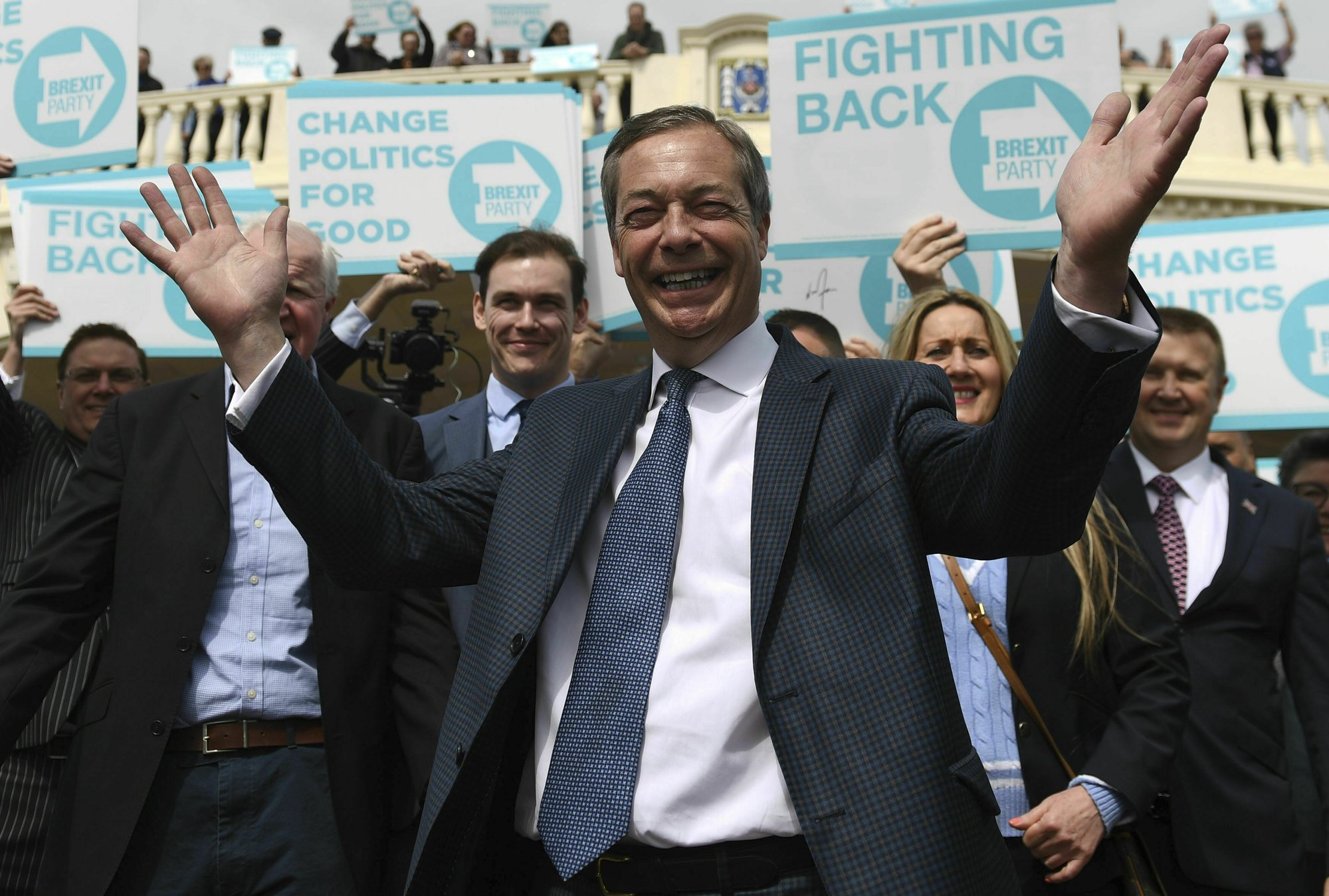 MEP, Nigel Farage gestures, during a walkabout and rally in Clacton, Essex, England for his Brexit Party, April 24, 2019. (Photo: AP)

Another election is also looming, one Britain was not supposed to be holding.

Unless the Brexit agreement is approved by May 22, Britain must hold elections the next day for U.K. seats in the European Parliament. May has called the idea of participating, almost three years after the U.K. voted to leave the EU, “unthinkable.” But Scottish Secretary David Mundell, a member of May’s Cabinet, told the Herald newspaper: “It’s inevitable now. We’ve run out of time.”

Both Britain’s main parties worry that voters will use the European election to punish them over Brexit.

The pro-EU party Change U.K. is hoping to win votes from Labour, which has an internal feud over Brexit.

Many Labour members and lawmakers support a new referendum on Britain’s EU membership, but party leaders fear that would lose Labour votes in pro-Brexit areas. The party’s governing executive is due to decide Tuesday what stance to take in its EU election campaign.

The Conservatives, meanwhile, face a threat from the newly formed Brexit Party, led by former UKIP chief Nigel Farage. It could take the largest share of votes in the May 23 election if early opinion polls are borne out.

“I think the only person who will have any sense of enthusiasm for this will be Nigel Farage,” said Victoria Honeyman, a politics lecturer at the University of Leeds. “He has a single-issue party, a blank slate — he is essentially able to make hay while the sun shines.” 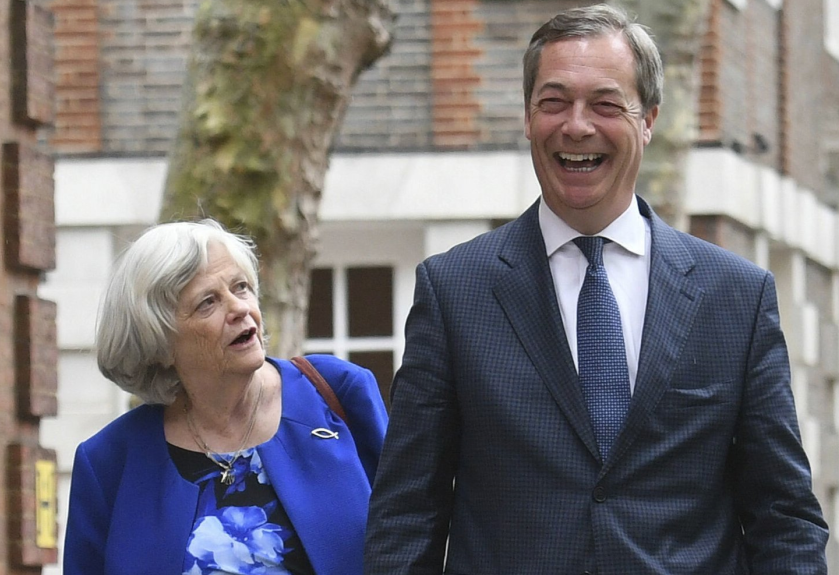 THE END OF MAY?

Some Conservatives want to oust May and replace her with a more strongly pro-Brexit leader, such as former Foreign Secretary Boris Johnson.

But there is no easy way to do that. May survived a Conservative no-confidence vote in December, and under party rules can’t be challenged again for 12 months. Last week the party’s rules committee considered shortening the time frame, but decided against it.

Conservative lawmaker Jacob Rees-Mogg, a prominent Brexiteer, said that decision “does not exclude the prime minister deciding of her own accord that the time is up.”

May has said she will step down once Parliament has approved a Brexit deal. That looks like a distant prospect.

“The problem is, we haven’t moved,” said Honeyman. “We have a 31st of October deadline and nothing has changed, and there is no sense in which anything is changing.

“There is no really good strategy to get out of this situation, and that’s why the parties are not clamoring to get back into the mire.”