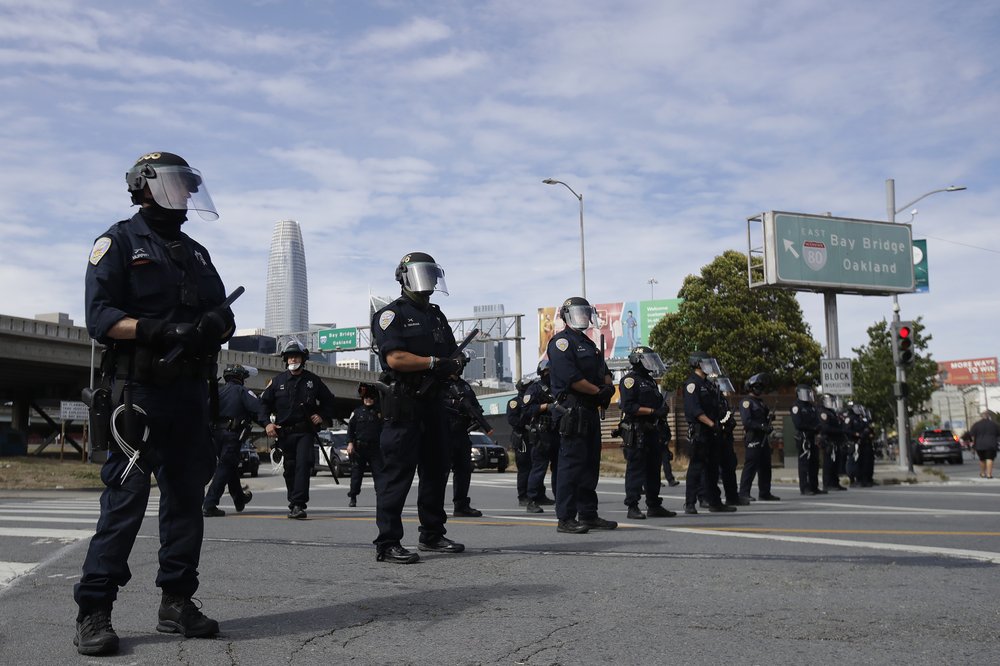 Police officers block a street near the San Francisco-Oakland Bay Bridge in San Francisco, Sunday, May 31, 2020, at a protest over the Memorial Day death of George Floyd. Floyd was a black man who was killed in police custody in Minneapolis on May 25. (Photo: AP)

An autopsy commissioned for George Floyd’s family found that Floyd died of asphyxiation due to neck and back compression when a Minneapolis police officer kneeled on his neck for several minutes and ignored his cries of distress, the Floyd family’s attorneys said Monday.

The autopsy by a doctor who also examined Eric Garner’s body found the compression cut off blood to Floyd’s brain, and weight on his back made it hard to breathe.

The family’s autopsy differs from the official autopsy as described in a criminal complaint against the officer.

That autopsy included the effects of being restrained, along with underlying health issues and potential intoxicants in Floyd’s system, but also said it found nothing “to support a diagnosis of traumatic asphyxia or strangulation.”

Floyd, a black man who was in handcuffs at the time, died after the white officer ignored bystander shouts to get off him and Floyd’s cries that he couldn’t breathe.

His death, captured on citizen video, sparked days of protests in Minneapolis that have spread to cities around America.