WORLD Family, supporters march in US ahead of anniversary of George Floyd death

Family, supporters march in US ahead of anniversary of George Floyd death

Supporters and relatives of George Floyd marched Sunday ahead of the first anniversary of his murder by a white policeman, a killing that prompted a reckoning on racial injustice in the US. 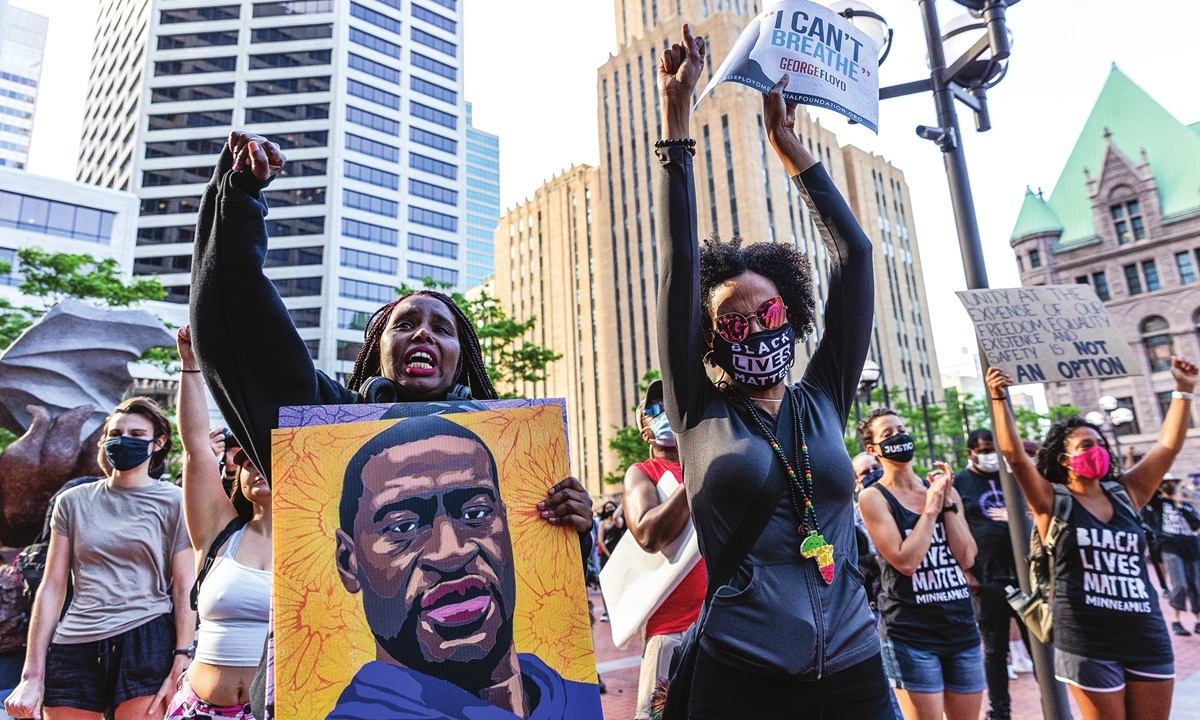 People raise their fists as they march during an event in remembrance of George Floyd in Minneapolis, Minnesota, on Sunday. (Photo: AFP)

About 1,500 marchers in Minneapolis listened to speeches and joined members of the Floyd family and relatives of other Black people who died in encounters with the police.

Floyd, 46, was killed on May 25, 2020 by city police officer Derek Chauvin who knelt on his neck for more than nine minutes.

Chauvin, convicted by a jury of murder and manslaughter, is to be sentenced on June 25.

The rally opened with speeches outside the Hennepin County Government Center in central Minneapolis, where Chauvin stood trial.

Floyd said her life changed "within a blink of an eye" when her brother died.

Floyd's death sparked protests against racial injustice across the US and around the world.

Veteran campaigner Reverend Al Sharpton told the crowd that Floyd's killing was "one of the greatest disgraces in American history."

"What happened to George Floyd, as well as so many others, is driving change not only across America but the world," he said.

"They thought that they could get away with it, and you went to the streets, black and white, young and old, in the middle of the pandemic" to call for justice, Sharpton said.

"George Floyd should not go down in history as just someone with a knee on his neck, but as a man whose death helped 'break the neck' of police racism, brutality and illegality."