WORLD FAO aims for total elimination of hunger by 2030

FAO aims for total elimination of hunger by 2030

Rome (People's Daily) - Speakers at the global World Food Day ceremony in Rome this week called for stronger political will and more financial support to end hunger and malnutrition in all its forms, urging the international community to step up its efforts until everyone has enough and quality food. 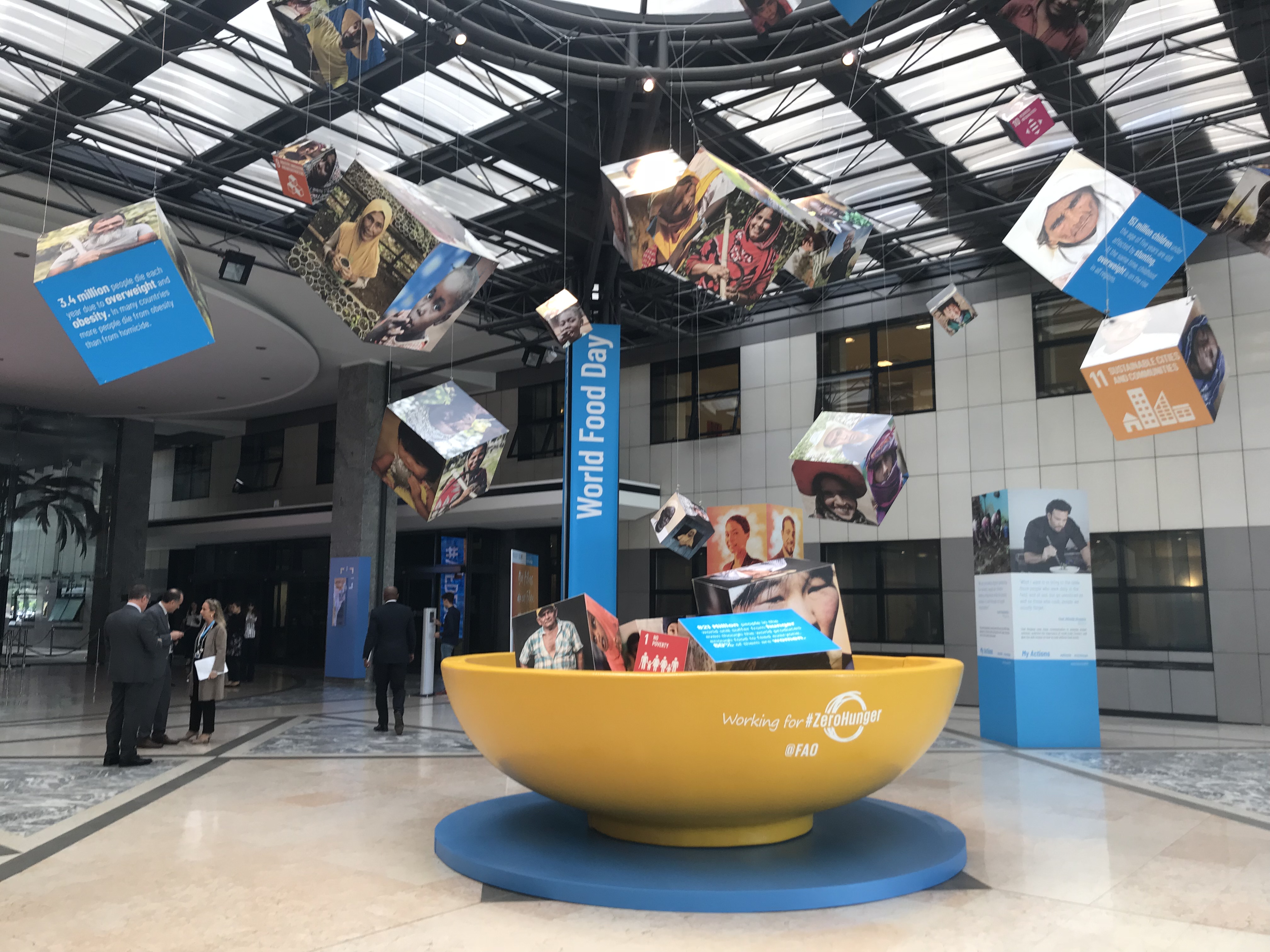 This year's theme — "Our actions are our future: a Zero Hunger world by 2030 is possible" — underscores the urgent need to step up collective efforts to reach the Zero Hunger goal. World Food Day is celebrated in over 150 countries around the world.

"The struggle against hunger urgently demands generous financing, the abolition of trade barriers and, above all, greater resilience in the face of climate change, economic crises and warfare," Pope Francis said in a special message read out at the event.

He urged for a Zero Hunger approach that is proactive and sustained over time. He called for concrete actions to increase funds to foster peace and the development of peoples, and prevent the spread of weapons.

The Pope also said that it was regretful that international solidarity appears to be “cooling," and decried the lack of fundamental political will and enthusiasm of responsible political leaders, whom he described as "often absorbed purely by electoral concerns or focused on biased, transitory or limited perspectives.” 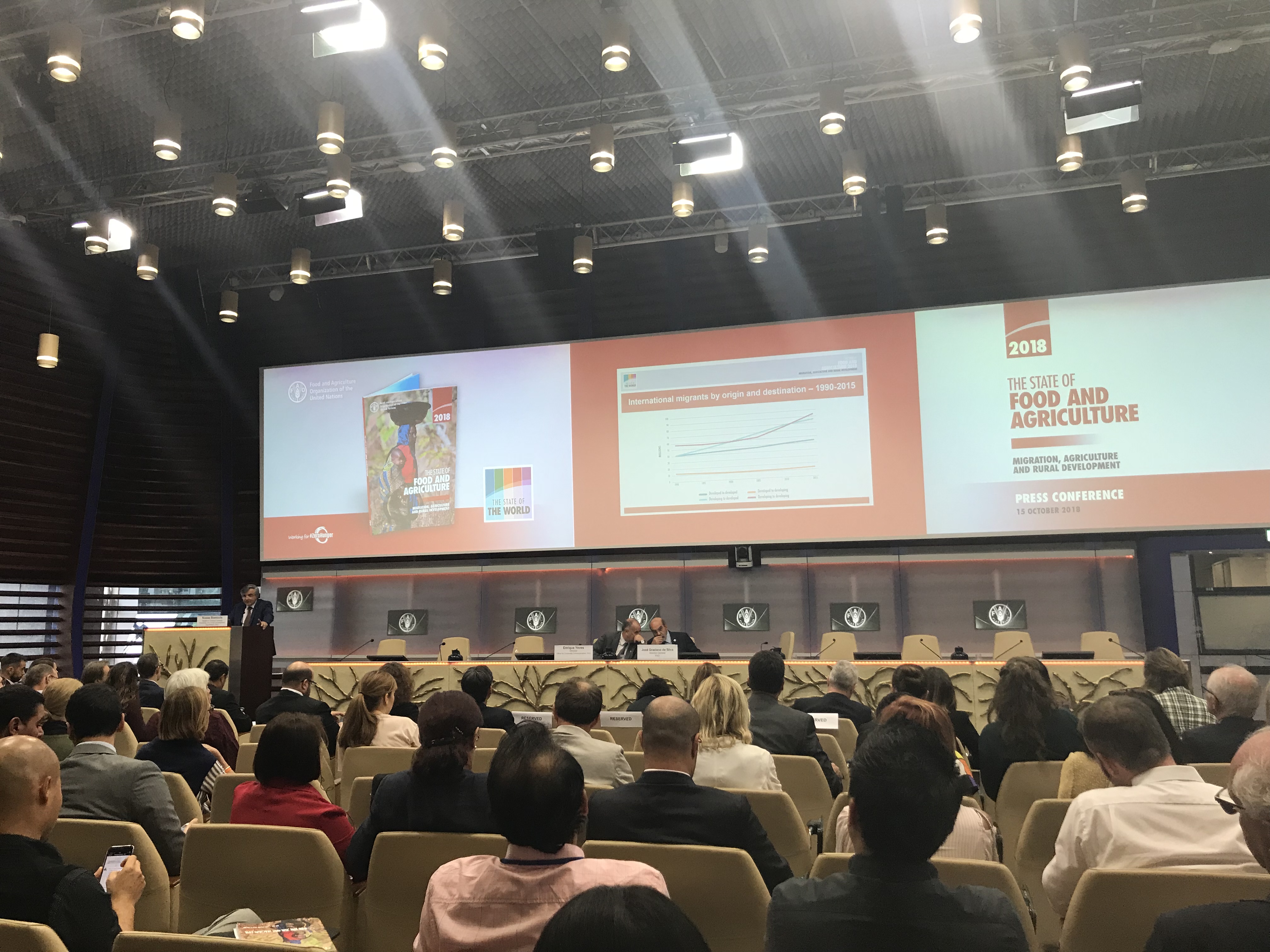 'Our actions are our future'

World Food Day is being marked as conflict, extreme weather events linked to climate change, economic slowdown and rapidly increasing overweight and obesity levels are reversing progress made in the fight against hunger and malnutrition.

"We need to put in place food systems that provide healthy and nutritious food that are accessible and affordable for everyone," said Food and Agriculture Organization (FAO) Director-General José Graziano da Silva in his address.

He underlined that Zero Hunger is not only about feeding but also about nourishing people, providing them with the nutrients they need for healthy, productive lives.

"We are witnessing the globalization of obesity," he said.

"If we don't find concrete ways to stop this, the number of obese people will soon be as high as the number of undernourished people in the world," he warned, urging for improving at the same time the production and consumption of healthy food in a sustainable way.

José Graziano da Silva gave the example of Brazil, Peru and China, lauding them for having reduced hunger significantly in a short period of time — evidence that Zero Hunger is possible if there is political will and financial support.

In a video address, UN Secretary-General António Guterres described the deaths of half of the world's infants due to hunger as "intolerable" and called on everyone "to do their part towards sustainable food systems.” 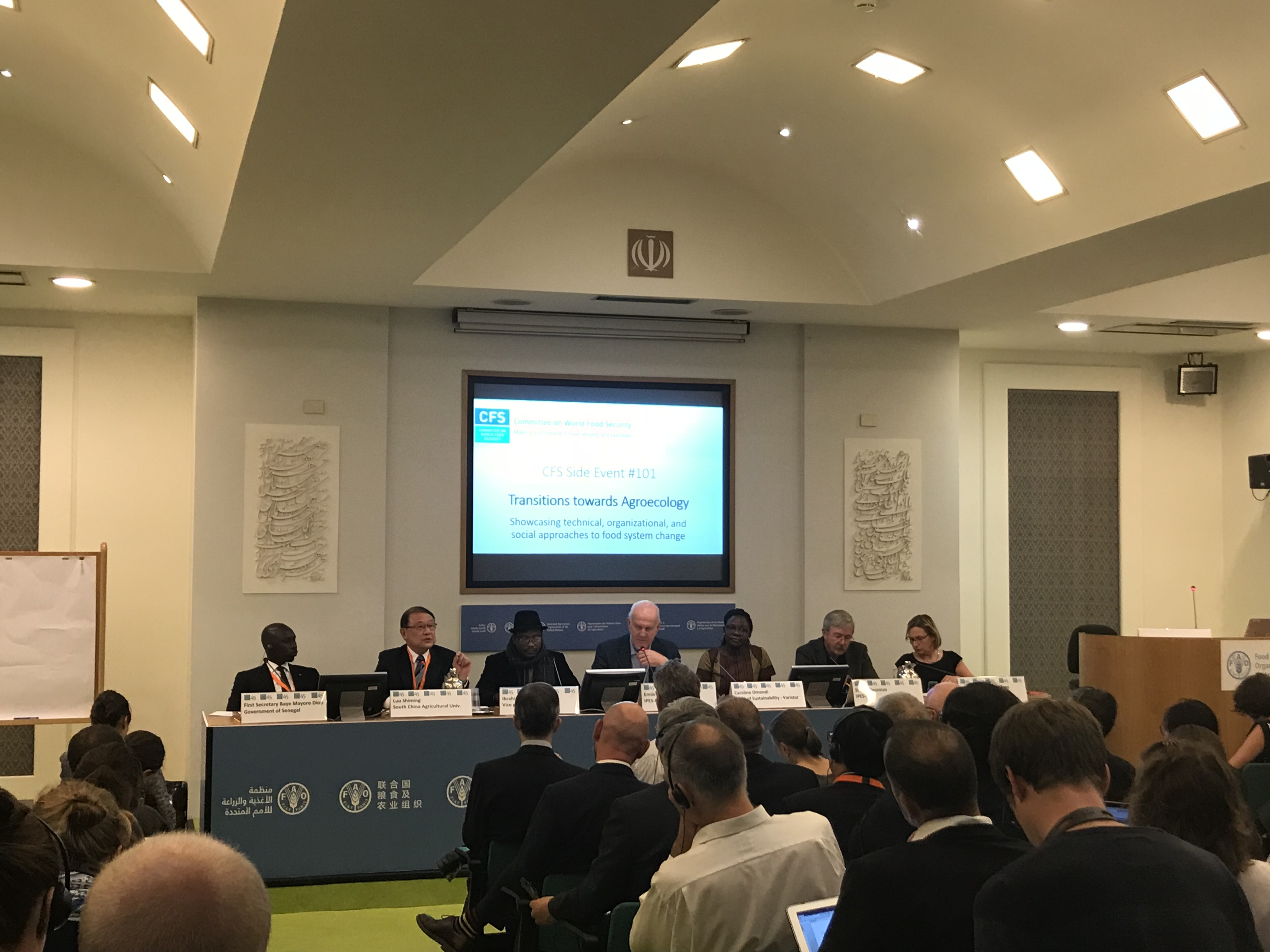 "Rural diets are also gradually shifting away from traditional, healthy and organic food to those that are more common in urban areas. A whole of society's effort is required to overcome this problem in a similar manner as was done to fight other public challenges such as HIV and malaria," he said.

Queen Letizia of Spain, FAO Special Goodwill Ambassador for Nutrition and one of the keynote speakers, urged: "Let us ensure that the private sector commits more, that comprehensive education for health is part of the school curriculum. Let's us make sure that consumers step up their role, and really know what they are buying and eating."

President of the International Fund for Agricultural Development (IFAD) Gilbert F Houngbo said in his remarks: "For African agriculture to reach its potential, it needs investment. Not just in higher productivity and profitability, but in infrastructure, in research, and in policies that result in value chains that are inclusive of smallholders — and in particular women and youth. We need the political will and budgetary commitments, and more importantly we need to transform challenges into opportunities for rural women and youth."

David Beasley, executive director of the World Food Programme (WFP) said: "There's good news. We've made great progress in the world in the past 100 years. But today, we know we're going in the wrong direction. With all our wealth, all our expertise, all our technology — shame on us that any child should go hungry. We will all be held accountable. But I do believe that if we all work together, with the commitment of the men and women around the world, we can achieve Zero Hunger."

Zero Hunger is not only about feeding people.

Global hunger has risen for the third consecutive year, affecting one in nine or 821 million people.

While hunger is mostly restricted to areas ravaged by conflicts, droughts and extreme poverty, obesity is everywhere and is increasing all around the world. It also comes at a huge socio-economic cost — it is a risk factor for diseases such as stroke, heart disease, diabetes and some types of cancer, and its global economic impact is about $2 trillion per year (2.8 percent of the global GDP).

Obesity and anaemia are on the rise as the current global food systems have made processed and industrialized food — high in fat, sugar, salt and chemical additives — more available and accessible.