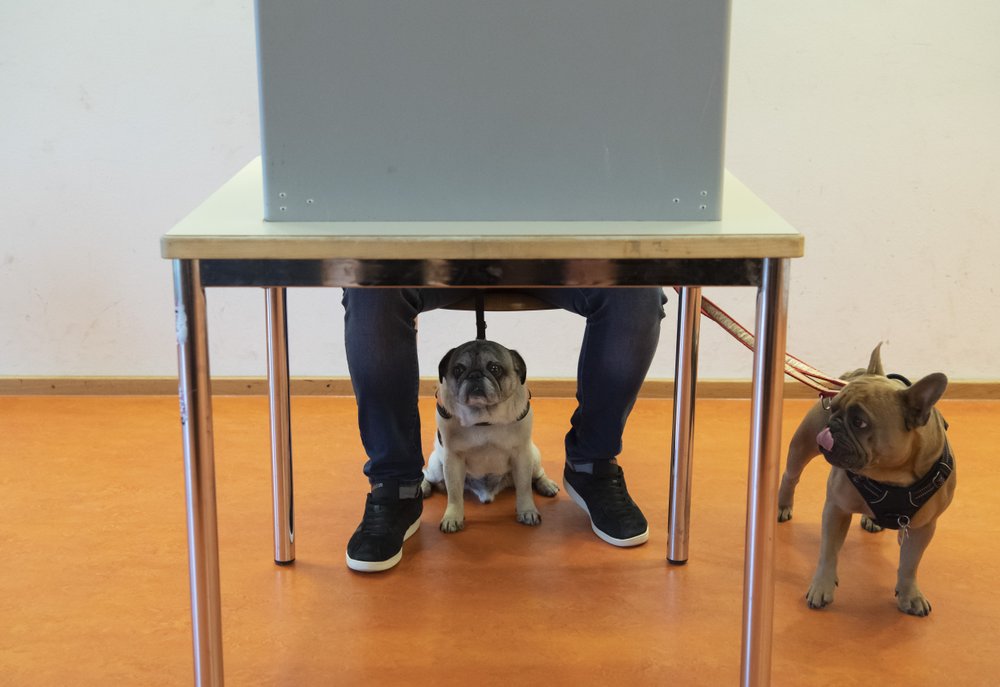 A man sits behind a voting booth together with his dogs at a polling station in Erfurt, Germany, Sunday, Oct. 27, 2019. The citizens of the German state Thuringia are going to elect their new parliament during this day. (Photo: AP)

Voters in the German state of Thuringia are casting ballots in a state election that could boost a far-right politician known for his fiery anti-migrant speeches.

About 1.7 million people are eligible to vote in Sunday's election in the state, located in the heart of Germany and currently governed by a three-party left-wing coalition headed by Bodo Ramelow, a member of the ex-communist Left Party.

The state government is likely to lose its majority amid growing support for the far-right Alternative for Germany party. Its leader in Thuringia, Bjoern Hoecke , has come under scrutiny from Germany's domestic intelligence agency for possible extremist views.

Since other parties have ruled out cooperating with the far-right Hoecke, forming a new governing coalition in the state could require previously untested alliances or a minority government.