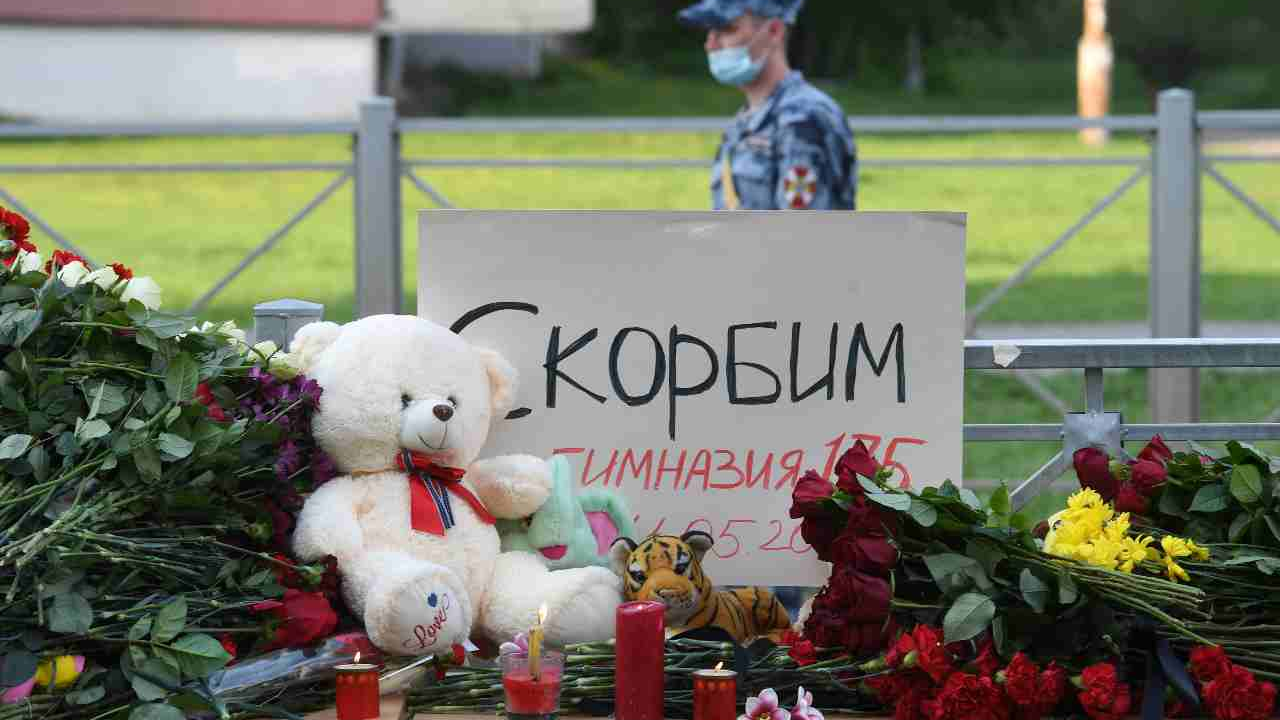 Flowers laid for the victims of the shooting. (Photo: AFP)

A gunman attacked a school in the Russian city of Kazan, sending students running out of the building as smoke poured from its windows. At least nine people were killed – seven students al believed to be in the eighth grade, a teacher and another school worker – and 21 others were hospitalized, Russian officials said.

Footage released by Russian media outlets showed students dressed in black and white running out of the building. Another video featured shattered windows, billowing smoke and sounds resembling gunshots in the background.

Dozens of ambulances lined up at the school's entrance after the attack and police fenced off access to the building.

Russian media said, while some students were able to escape, others were trapped inside during the ordeal. All students were eventually evacuated to nearby daycare centers and collected by their families.

Officials said a suspect has been arrested at the scene and police opened a criminal investigation into the shooting. Authorities immediately put additional security measures in place in all schools in Kazan, a city 700 km east of Moscow.

Rustam Minnikhanov, governor of the Tatarstan republic where Kazan is the capital, said four boys and three girls, all eighth-grade students, died, as well as a teacher and another school worker.

"The terrorist has been arrested, [he is] 19 years old. A firearm is registered in his name. Other accomplices haven't been established. An investigation is under way," Minnikhanov said after visiting the school.

According to Tatarstan health officials, 21 people were hospitalized with wounds after the attack, including 18 children, six of whom were in a "severely grave condition."

Alexander Khinshtein, a Russian lawmaker, said on Russian social platform Telegram the suspect received his gun license less than two weeks ago and the school didn't have any security aside from a panic button.

Russia's President Vladimir Putin expressed his condolences to the families of the victims. He ordered Viktor Zolotov, head of Russia's National Guard, to revise regulations on the types of weapons allowed for civilian use in light of the attack. Authorities in Tatarstan ordered checks on all gun owners in the region.