WORLD Fatalities in US California mass shooting rise to 10

Fatalities in US California mass shooting rise to 10

SAN FRANCISCO - US Santa Clara County officials said Wednesday night that a 10th person died in a mass shooting in San Jose, US state California, after being sent to hospital. 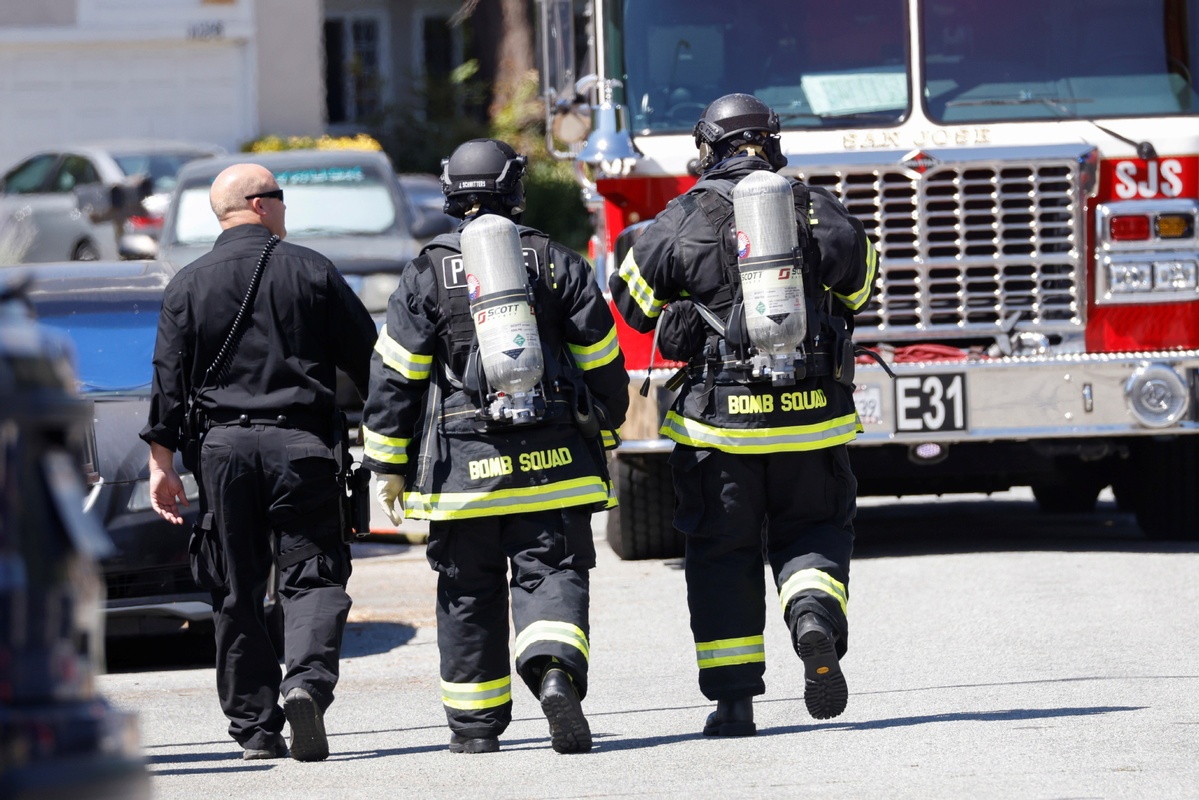 San Jose Bomb Squad technicians make the way to the scene of the Santa Clara Valley Transportation Authority mass shooting suspects house that was set ablaze in San Jose, California, US May 26, 2021. [Photo/Agencies]

The shooting on Wednesday morning at a light-rail yard near downtown San Jose that left 10 people dead, including the gunman, is believed to be the deadliest mass shooting in the Bay Area.

Previously, the worst shooting in the Bay Area was on July 1, 1993, when a gunman entered the 101 California St. high-rise building in San Francisco and killed nine people, including himself, according to a report by the San Francisco Chronicle on Thursday.

As of Wednesday, shootings with 4 or more fatalities in the United States in 2021 have reached 17, compared to the whole year number of 23 in 2020, and 36 in 2019, according to Gun Violence Archive (GVA), a nonprofit research group.

Broadening the scope to include gun violence injuries, the GVA counted 610 incidents in which at least four people were shot last year, compared with 417 in 2019 and 336 in 2018.

Under the GVA definition, there have been 231 mass casualty shootings in the United States so far in 2021, more than one per day.