Fauci confident in vaccine efforts, predicts no more US lockdowns 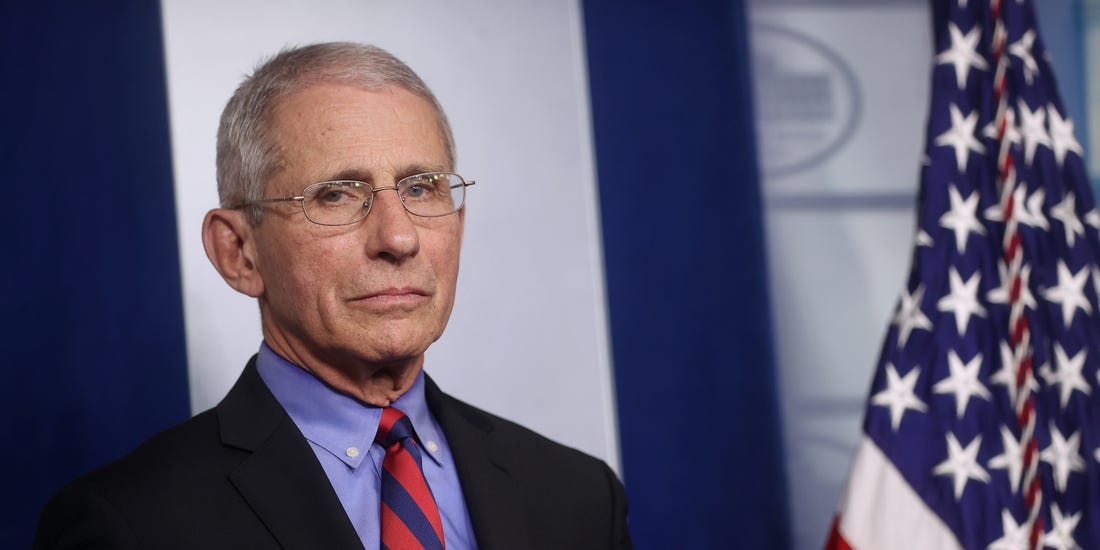 The United States does not need more widespread lockdowns to bring its COVID-19 outbreak under control, despite the fact that the national daily infection rate has stayed flat, leading government expert Anthony Fauci said Thursday.

Speaking to AFP, the physician-scientist added he was optimistic the world would soon have a vaccine that would end the pandemic, calling early trial results "encouraging."

"I don't think we're going to be talking about going back to lockdown," he said when asked whether places like California and Texas that are seeing a surge in their caseload should reissue stay-at-home orders.

"I think we're going to be talking about trying to better control those areas of the country that seem to be having a surge of cases."

The US leads the world in the number of confirmed infections and in deaths, with the fatality toll approaching 120,000.

But while former epicenters New York and New Jersey have controlled their outbreaks, the virus is now increasing in 20 states -- creating a plateau in the national case graph.

Fauci stressed a localized approach as the country returns to normal -- including on the crucial question of when to reopen schools.

"Counties where there are certainly no cases at all, there's no problem with the schools opening," he said.

"There are other parts where there's a modest amount of infection (where) you may delay school openings."

For those regions in between, "you want to make some modification of the process, namely: alternate days, morning versus afternoon, seating people apart from each other wearing masks."

On the question of re-opening the country's borders, he struck a cautious note.

"Obviously, there is an interest in getting back to some form of normality in our interactions with other countries," he said, adding the topic was reviewed almost daily but refusing to give a timeline.

The 79-year-old has led the National Institute of Allergy and Infectious Diseases since 1984, and has overseen the nation's response to every epidemic from HIV onward.

A growing issue however has been a loss of public faith in science, especially during the current crisis.

"And then... you see pictures of people in bars and in congregations without that. So again, it's a mixed bag."

Many within the scientific community have described the development of a vaccine for the SARS-CoV-2 virus as a "Moonshot" given there has never been a successful vaccine for any human coronavirus.

Then there is the fact that scientists have failed to develop a vaccine for HIV, despite trying for decades.

"The reason I have more confidence with coronavirus is that we know the majority of people recover from COVID-19 because their immune system clears the virus," he said.

"So nature has already given you a proof of concept that it can be done."

Since people who recover produce virus-fighting antibodies, scientists are confident that these antibodies can also be elicited by a man-made antigen.

Fauci added he was "cautiously optimistic" about the National Institutes of Health's early animal studies on the Moderna vaccine, as well as early results from the human study which produced "encouraging" neutralizing antibodies.

But he added that just because the Moderna vaccine and another produced by Oxford University appeared to be "temporarily ahead," it did not mean their final results would be the best.

On the treatment front, Fauci said he was "very impressed" with results from a British trial into the steroid dexamethasone, which was found to reduce deaths among COVID-19 patients on ventilators by a third.

However, given it works by suppressing the abnormal immune response that damages the body's organs, rather than attacking the virus, Fauci cautioned it should not be prescribed too soon after a person was infected.

"It had no effect, if not maybe even a suggestion of making things worse early on," he said.

"This is perfectly compatible with knowing that early on in infection, you need the immune system to suppress the virus."