WORLD Fauci expects Trump to persuade followers to get vaccination

Fauci expects Trump to persuade followers to get vaccination 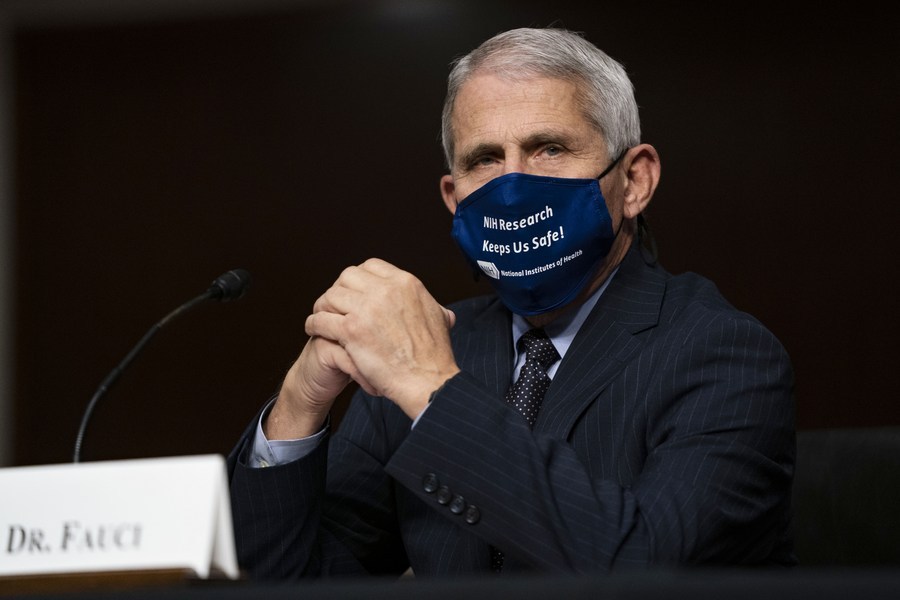 Anthony Fauci, director of the U.S. National Institute of Allergy and Infectious Disease, prepares to testify during a hearing of U.S. Senate Committee on Health, Education, Labor, and Pensions in Washington, D.C., the United States, on Sept. 23, 2020. (Alex Edelman/Pool via Xinhua)

In an interview with Fox News on Sunday, Fauci described Trump's influence on his followers as a "game changer" for the U.S. vaccine efforts if the former president encourages them to be inoculated.

Talking about a recent PBS NewsHour/NPR/Marist poll, which showed about half of U.S. men who identified themselves as Republican said they had no plans to get a COVID-19 vaccine, Fauci said that politics needs to be separated from "commonsense, no-brainer" public health measures.