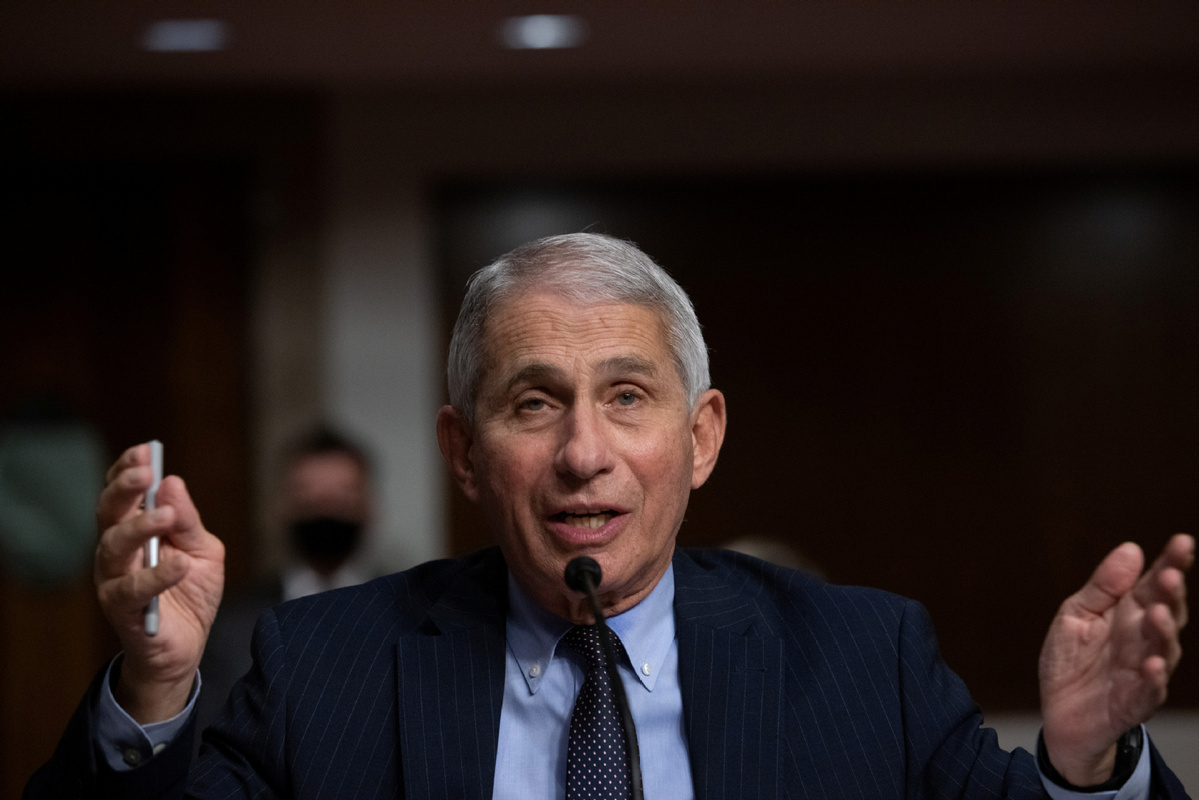 Anthony Fauci, Director, National Institute of Allergy and Infectious Diseases, National Institutes of Health, testifies during a US Senate Senate Health, Education, Labor, and Pensions Committee Hearing to examine COVID-19, focusing on an update on the federal response at the US Capitol in Washington, DC, US, Sept 23, 2020. (Photo: Agencies)

WASHINGTON - Top US infectious diseases expert Dr. Anthony Fauci said on Sunday he had not agreed to be featured in an ad by President Donald Trump's re-election campaign and that his comments were taken out of context.

The ad, released last week, discusses Trump's effort to recover from the coronavirus personally, as well as his administration's work to address the pandemic. The 30-second spot uses older remarks from Fauci in a way that suggests he was praising the president.

"I can't imagine that anybody could be doing more," the ad shows Fauci saying.

But those remarks are from a March interview, where Fauci, who has been director of the National Institute of Allergy and Infectious Diseases (NIAID) since 1984, was discussing the broader effort, including by the White House coronavirus task force.

"In my nearly five decades of public service, I have never publicly endorsed any political candidate," Fauci said in a statement.

"The comments attributed to me without my permission in the GOP campaign ad were taken out of context from a broad statement I made months ago about the efforts of federal public health officials," his statement added.

Trump campaign spokesman Tim Murtaugh defended the ad in a statement on Sunday, saying the words from Fauci "are accurate, and directly from Dr. Fauci's mouth.

Trump himself echoed that sentiment in a tweet on Sunday, saying: "They are indeed Dr. Fauci's own words. We have done a 'phenomenal' job, according to certain governors."

Fauci and Trump have not always agreed on how to handle the pandemic, which has infected nearly 7.7 million people in the United States and killed more than 214,000. Opinion polls show most voters disapprove of the president's handling of the crisis.

On Friday, Fauci described a Sept 26 White House event, after which several attendees including Trump, tested positive for the virus, as a "superspreader event."

ABC News said on Sunday it had asked the White House to allow Fauci to appear on "The Week," but the administration refused to make him or other members of the task force available.

Alyssa Farah, the White House communications director, said later on Twitter that Fauci had made other media appearances earlier in the week, rebutting the charge he was "muzzled."