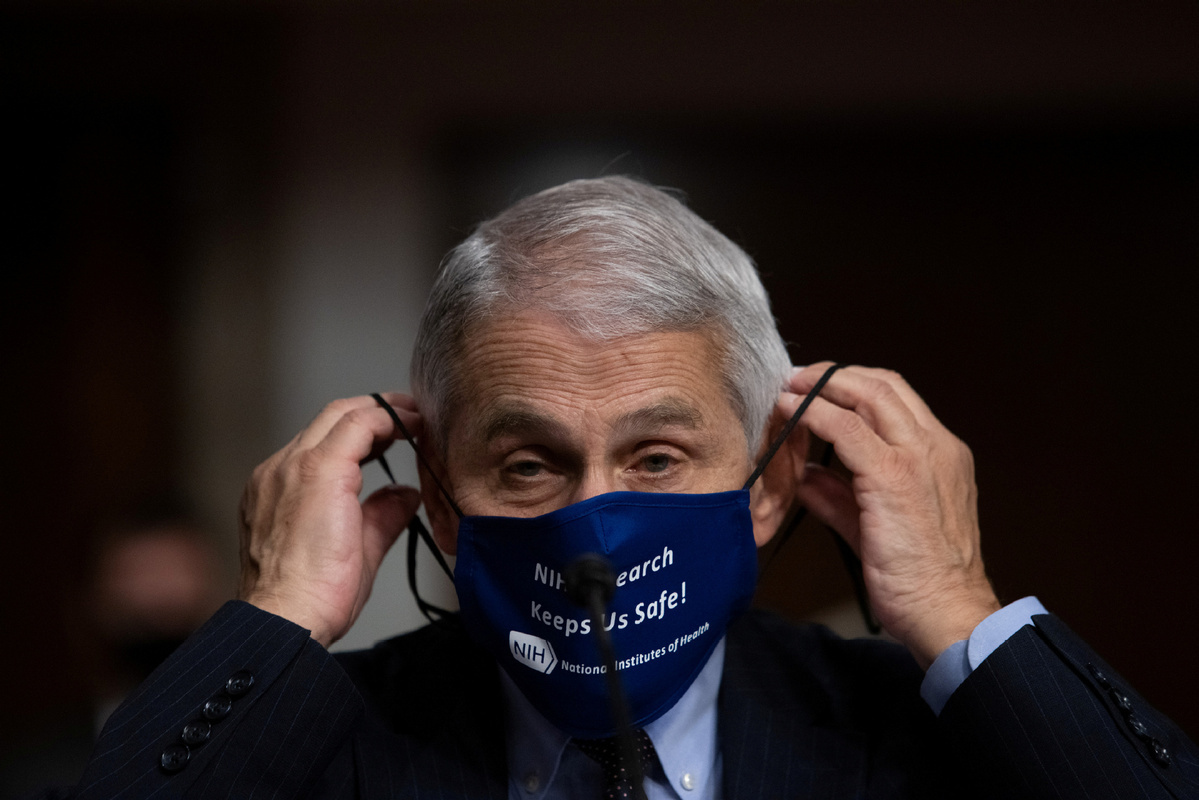 WASHINGTON - The United States is "not in a good place" as new COVID-19 cases are growing, Anthony Fauci, director of the US National Institute of Allergy and Infectious Diseases, said on Monday.

"There are states that are starting to show an uptick in cases and even some increase in hospitalizations in some states," Fauci said on ABC's "Good Morning America." "And I hope not, but we very might well start seeing increases in deaths."

As the country's leading infectious disease expert, Fauci also said he's concerned about being in "a position like that as the weather starts getting cold."

"We really need to intensify the public health measures that we talk about all the time," he added.

Over the past week, there have been an average of 43,111 cases per day, an increase of 23 percent from the average two weeks earlier, according to a New York Times tracker, as more than 30 states are seeing increases in new infections.

As of Monday, more than 7.1 million people in the United States have contracted the virus, with 205,031 deaths, according to a tally by Johns Hopkins University.

U.S. President Donald Trump said at the White House on Monday that he believed the country was "rounding the corner," claiming that "vaccines are coming" without giving a clear timeline.

He also announced his administration planned to distribute 150 million rapid point-of-care tests in the coming weeks.