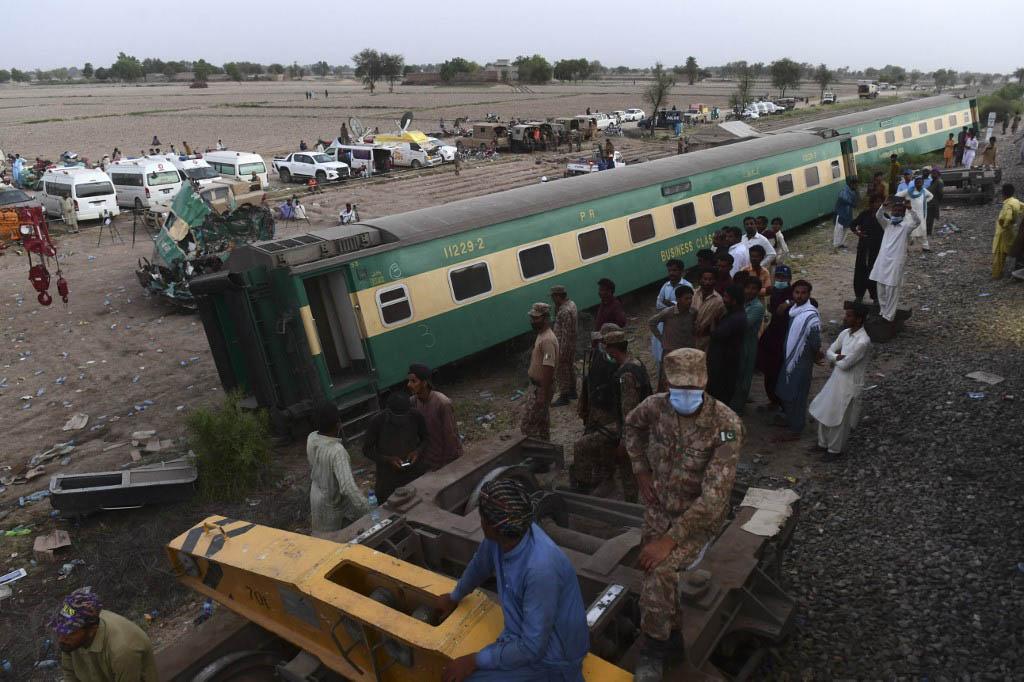 The accident occurred when the Millat Express train from Karachi to Sargodha derailed and fell on the opposite track and collided with Sir Syed Express, which was headed to Karachi from Rawalpindi. (Photo: AFP)

A train that derailed into the path of another oncoming passenger express began its journey despite a faulty carriage link, Pakistan's railway minister said Wednesday, as authorities probed the cause of a crash that killed 63 people.

The Sir Syed Express passenger train on Monday ploughed through carriages of the Millat Express, which had derailed minutes earlier near Daharki in Sindh province.

The accident has reignited debate about the parlous state of Pakistan's public transport system -- particularly a rail network that has seen little investment in decades.

"The buffer joint of coach number 10 of Millat Express was faulty and bolts were also loose that led to derailment," Railways Minister Azam Swati told a press conference in Lahore.

Swati blamed the accident on aging rolling stock -- some of which is more than 50 years old -- and called for massive investment in the country's creaking and accident-prone rail network.

"We are a poor country and do not even have new technology to overhaul coaches," he said, adding technicians were "still using hammers".

Swati said some 22 senior and junior level officials had some responsibility for a chain of errors that lead to the accident and would be "taken to task".

He said most of the casualties came from the collision of the trains rather than the derailment.

The incident happened before dawn on a remote part of the track surrounded by farmland.

While locals rushed to the scene to help, it took hours for specialist machinery to arrive to cut people from the tangled wreckage.

The majority of Pakistan's train passengers are working-class people who cannot afford the quicker bus journeys.