WASHINGTON, Oct. 24 (Xinhua) - The FBI confirmed Wednesday night that two additional suspicious packages were addressed to Democratic Congresswoman Maxine Waters and are similar in appearance to five others that were intercepted in past days. 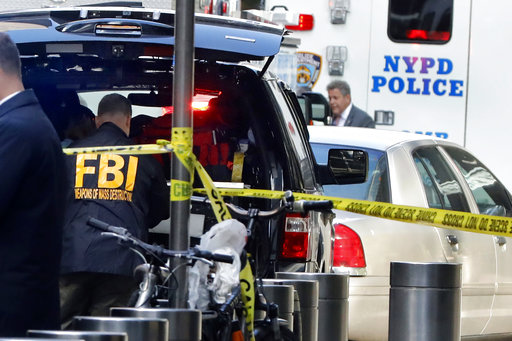 A member of the FBI Weapons of Mass Destruction team works outside the Time Warner Center, in New York, Wednesday, Oct. 24, 2018. (Photo: AP)

The FBI revealed its tally in a tweet Wednesday night.

Waters said in a statement earlier that her office in Washington D.C. was "the target of a suspicious package that has been referred to the FBI."

"Between October 22 and 24, 2018, suspicious packages were received at multiple locations in the New York and Washington, D.C., areas and Florida," the FBI said in a statement.

It added that the packages are being sent for analysis at the FBI Laboratory in Quantico, state of Virginia.