WORLD FBI: Spike in US hate crimes for third year in a row

FBI: Spike in US hate crimes for third year in a row

Hate crimes in the US rose by 17% in 2017, the third straight year that incidents of bias-motivated attacks have grown, according to the FBI. Law enforcement agencies reported 7,175 hate crimes last year compared with 6,121 in 2016. The rise in hate crimes is attributed to an increase of about 1,000 police departments that are now choosing to report these incidents, the FBI says.

The FBI definition of a hate crime is a "criminal offence against a person or property motivated in whole or in part by an offender's bias against a race, religion, disability, sexual orientation, ethnicity, gender, or gender identity". 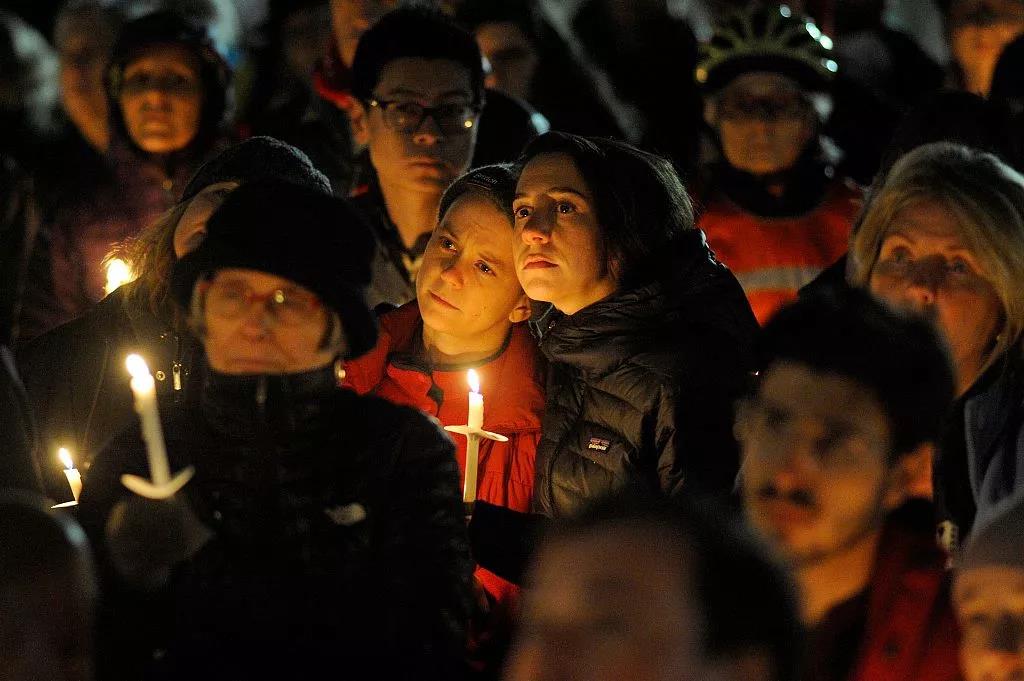 According to the report, the most common bias categories in single-bias incidents were race/ethnicity/ancestry (59.6) percent, religion (20.6 percent), and sexual orientation (15.8 percent). The report found the surge especially affected black and Jewish Americans.Of the reported attacks in 2017, 2,013 were aimed at African Americans and 938 were against Jewish Americans. In addition to the 7,106 single-bias incidents reported last year, there were also 69 multiple-bias hate crimes reported.

Jews have long been the highest targeted religion. The new report comes a month after 11 Jews were killed by a gunman that burst into their synagogue in Pittsburgh as they prayed, marking the deadliest attack against Jews in US history. The suspect was charged with dozens of federal hate crimes. 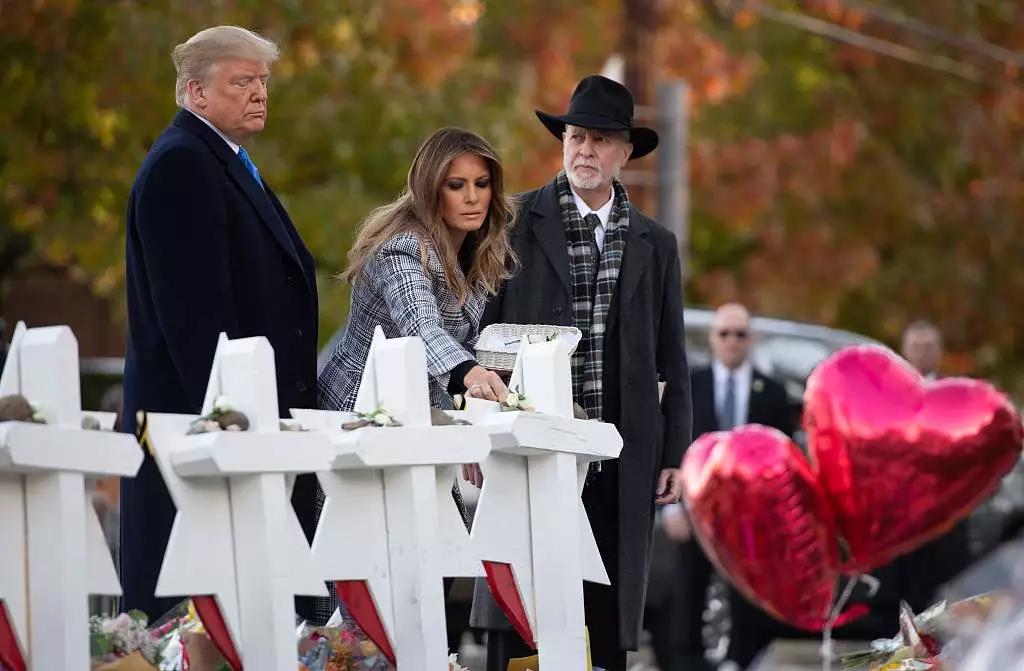 US President Donald Trump and First Lady Melania Trump, alongside Rabbi Jeffrey Myers, place stones and flowers on a memorial as they pay their respects at the Tree of Life Synagogue following the Pittsburgh shooting, Pennsylvania, October 30, 2018. (Photo: VCG)

Acting Attorney General Matthew Whitaker called the report a "call to action" and condemned the offenses as "despicable violations of our core values as Americans". Mr Whitaker said in his statement that "the Department of Justice's top priority is to reduce violent crime in America, and hate crimes are violent crimes."

Civil rights advocates say the numbers are vastly under-reported because of individual victims that choose not to come forward, and some police agencies that do not keep accurate statistics or do not contribute them to the study. 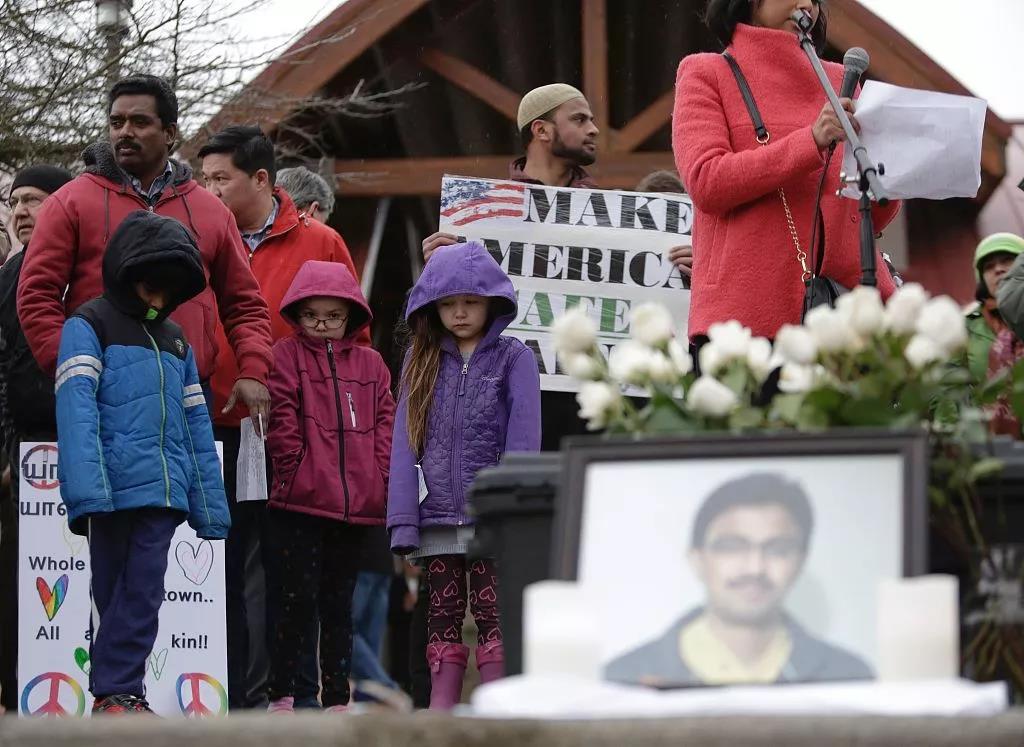 US President Donald Trump and First Lady Melania Trump, alongside Rabbi Jeffrey Myers, place stones and flowers on a memorial as they pay their respects at the Tree of Life Synagogue following the Pittsburgh shooting, Pennsylvania, October 30, 2018. (Photo: VCG)

The FBI has published the Hate Crime Statistics report every year since 1992. Officials acknowledge that such statistics are incomplete, as its data entirely depend on autonomous reporting by local police stations.

(With inputs from BBC, Xinhua, sinovision.net)