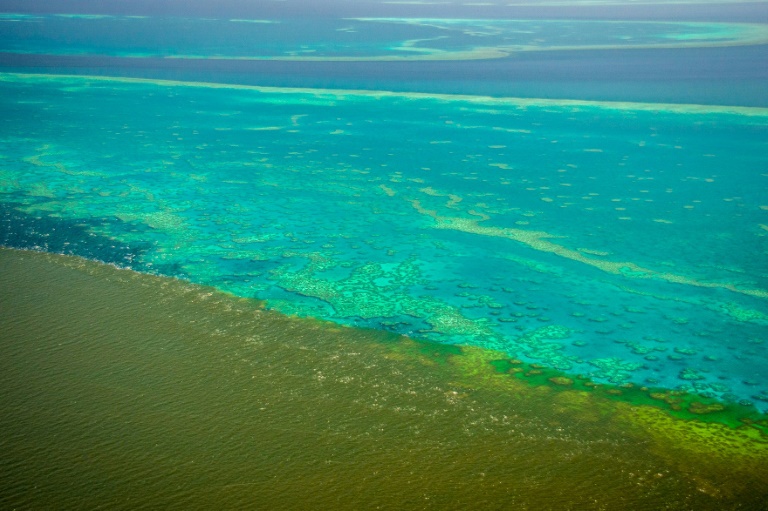 Runoff from recent floods in northern Australia is flowing onto parts of the Barrier Reef, scientists said Friday, starving coral of light and providing fodder for the predatory crown-of-thorns starfish.

Parts of northern Queensland are still reeling after nearly two weeks of unprecedented rainfall that turned roads into rivers and inundated hundreds of homes with floodwater.

Scientists at James Cook University say the floods swelled a number of rivers along hundreds of kilometres of coastline, spilling sediment onto the reef which has reduced water quality and much-needed sunlight.

Calm weather following the extended period of rain means the murky water is yet to disperse.

It threatens to "smother" coral in areas worst hit, like at the mouth of north Queensland's Burdekin river, where a brown flood plume has spread some 100 kilometres offshore.

"If that were to stay there then eventually, it would not take that long for some of those systems to die off," Waterhouse added.

The effects will not be fully understood until monitoring was completed over the next few of months after sediment has dispersed and settled.

The 2,300-kilometre (1,400-mile) reef has already suffered from back-to-back coral bleaching in 2016 and 2017, where swathes have been killed by rising sea temperatures linked to climate change.

The predatory crown-of-thorns starfish, which eat coral, have also proliferated on the reef due to pollution and agricultural runoff.

The recent floods have exacerbated the runoff, causing algae to grow in some areas.

"This provides a brilliant food source to allow those populations to thrive," Waterhouse added.