Fears of attack raise in Kabul 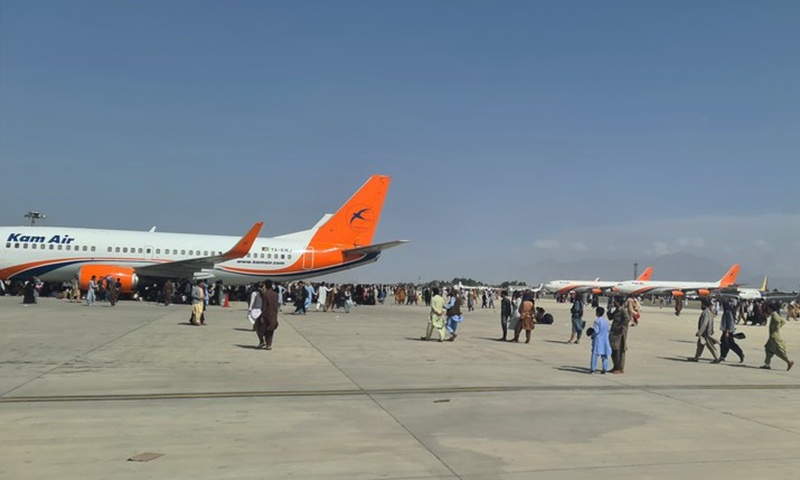 Western nations warned their citizens Thursday to immediately leave the surrounds of Kabul airport over a terrorist threat, as thousands of people try to reach a dwindling number of evacuation flights.

Nearly 90,000 Afghans and foreigners have fled Afghanistan via the US-led airlift since the hard-line Islamist Taliban movement took control of the country on August 15.

Huge crowds are gathered in and around the airport, becoming increasingly desperate as some foreign nations cease flights ahead of Tuesday's deadline by US President Joe Biden to end the evacuations and withdraw the US troops overseeing it.

One reason for the hard deadline cited by Biden and his aides this week was an "acute" terrorist threat from the regional chapter of the Islamic State group.

The US government and its allies raised the alarm further on Thursday with a series of coordinated and specific advisories warnings for their citizens to avoid the airport.

"Those at the Abbey Gate, East Gate, or North Gate now should leave immediately," said the US State Department.

Australia's department of foreign affairs said there was an "ongoing and very high threat of terrorist attack."

London issued a similar warning, adding "if you can leave Afghanistan safely by other means, you should do so immediately."

The Islamic State's Afghanistan-Pakistan chapter has been responsible for some of the deadliest attacks in those countries recent years. The group has especially targeted Muslims from sects it considers heretical, including Shias.

But while IS and the Taliban are both hard-line Sunni Islamist militants, they are rivals and oppose each other.

The Taliban have promised a softer brand of rule from their first stint, which ended in 2001 when the US invaded because they gave sanctuary to Al-Qaeda.

But many Afghans fear a repeat of the Taliban's interpretation of Sharia law, as well as violent retribution for working with foreign militaries, Western missions or the previous US-backed government.

There are particular concerns for women, who were largely banned from education and employment and could only leave the house with a male chaperone during the group's 1996-2001 rule.