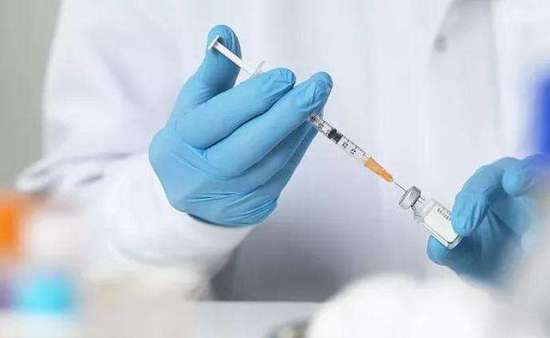 ISTANBUL, Dec. 30 (Xinhua) -- Turkish journalist Nurgul Donmez got very excited when she decided to join the phase-3 trial of a Chinese COVID-19 vaccine in her country.

The veteran journalist has worked for Turkish Radio and Television (TRT) for 20 years and witnessed a great many major events in her career.

Before enlisting in the trial program, she did a lot of research about the CoronaVac, an inactivated COVID-19 vaccine developed by Chinese producer Sinovac's and consulted many specialists.

All those consulted by Donmez gave a positive opinion about the vaccine and encouraged the journalist to get her shot as soon as possible.

Celalettin Kocaturk, a chest disease specialist at Liv Hospital in Istanbul, was among them. Kocaturk also joined the phase-3 trials and got his first dose five weeks ago and the second one recently.

"Other than a mild headache, there were no other side effects," he said during an exclusive interview with Xinhua.

The doctor said the Chinese vaccine's reliability was scientifically proven as Turkey has recently announced that it is 91.25 percent effective in trials in the country.

In Kocaturk's view, it is also very unlikely that a mutation in the virus would affect the efficacy of the vaccine.

"We introduce the entire virus to the human body as a whole, not just a part of it," he said. "Therefore, even if any part of the virus changes, the body will continue to recognize the rest part and produce antibodies."

Turkish scientists expect that the reliability rate of the vaccine will increase even further in the coming weeks.

"Because 15 days will have passed after the volunteers have got their second doses, we will be able to access more data from approximately 5,000 patients," Kocaturk said.

The phase-3 trial of CoronaVac was launched in mid-September in Turkey, and 7,371 volunteers have joined. A total of 4,759 of them were in the vaccine group, and the rest received the placebo.

"Our relatives and friends are dying before our eyes due to coronavirus," Donmez said, stressing that people need to be vaccinated.

The journalist had got her second dose two weeks ago and now she is waiting for the results.

Cagla Sikel, a well-known TV host of a television program for women, has recently had an injection of the Chinese vaccine in front of cameras. She said that she wanted to be a pioneer by joining the trial of the vaccine in her country.

"People should fear the coronavirus, but not getting vaccinated," she said, urging citizens to become vaccinated.

Sikel posted a video taken while she was being vaccinated on social media with a note, which reads "For myself and my loved ones."

"As soon as the tests will be completed, which will last 14 days, our vaccination program will take place under the coordination of the General Directorate of Public Health," Koca said on Twitter.