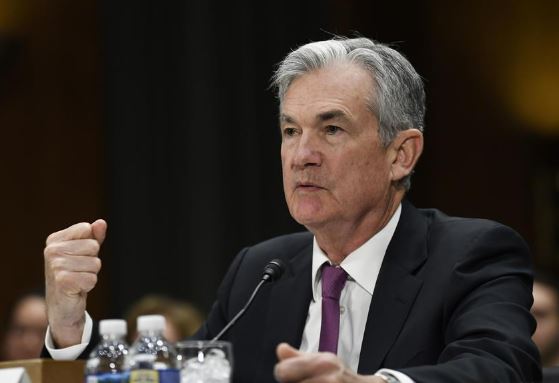 WASHINGTON, July 10 (Xinhua) -- US Federal Reserve Chairman Jerome Powell said Wednesday he would not quit his job if President Donald Trump asked him to.

Testifying before the House Financial Services Committee on the state of the US economy, Powell was asked by Maxine Waters, a Democratic congresswoman and chair of the committee, what he would do if Trump said to him, "I'm firing you. Pack up. It's time to go."

"Of course, I would not do that," Powell responded.

"I can't hear you," Waters said, and other lawmakers and audience in the hearing room burst into laughter.

"My answer would be no," Powell replied.

"I have said what I have intended to say on this subject," he said, repeating a statement he made after the June Fed policy meeting that he fully intends to serve his four-year term as the central bank chief.

Trump has been criticizing Powell, and the Fed under his leadership, for not adopting a looser monetary policy. The president said he didn't suggest demoting Powell but he'd be able to do that if he wanted.

The law says Fed board of governors - Powell as chairman is one of the seven of them -- can only be removed from the board "for cause," meaning malfeasance or dereliction of duty.

It is unclear whether the standard applies to the four-year term of the chairman, and there have been speculations that Trump may replace Powell by demoting him.

During Wednesday's hearing, Powell reiterated his previous assertion that the Fed will "act as appropriate" to sustain the current economic expansion. "There is a risk that weak inflation will be even more persistent than we currently anticipate," he said, hinting at the possibility of a rate cut.

President and founder of MacroPolicy Perspectives Julia Coronado, who is a former Fed economist, tweeted as the hearing was still going on that Powell's oral testimony "confirms" that a 25 basis point rate cut "is coming in July."