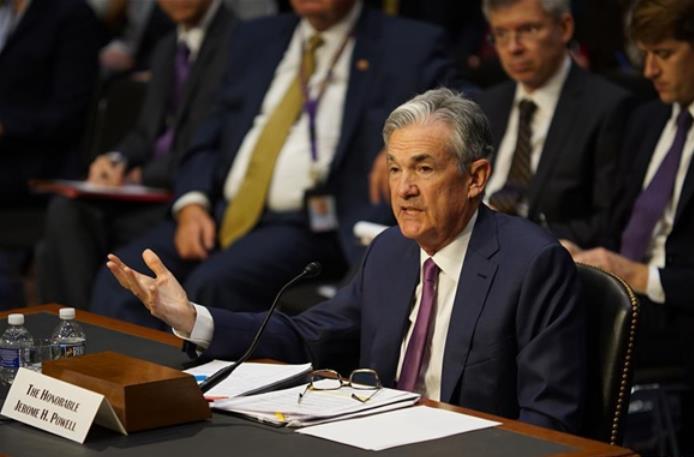 US Federal Reserve Chairman Jerome Powell said on Tuesday that for now, the best way forward for the central bank is to keep gradually raising the federal funds rate.

"We are aware that, on the one hand, raising interest rates too slowly may lead to high inflation or financial market excesses. On the other hand, if we raise rates too rapidly, the economy could weaken and inflation could run persistently below our objective," Powell testified before the Senate Banking Committee.

"As always, our actions will depend on the economic outlook, which may change as we receive new data," he said, adding that the US economy has grown "at a solid pace" so far this year, with a strong job market and inflation close to the central bank's objective.

Powell said concerns about the Trump administration's trade policy "may well" have an impact on US wages and capital expenditures, though it hasn't shown up in the numbers yet.

"We've heard a rising chorus of concern which now begins to speak of actual capex plans being put on ice for the time being," he said.

However, Powell believed that it was too early to say how trade policy would influence the Fed's monetary policy as it is "difficult to predict" the ultimate outcome of current discussions over trade policy as well as the size and timing of the economic effects of the fiscal stimulus.

"Overall, we see the risk of the economy unexpectedly weakening as roughly balanced with the possibility of the economy growing faster than we currently anticipate," he said.

In its semi-annual monetary policy report delivered to Congress last week, the Fed had reiterated that it would stick to gradual rate hikes on the expectation of continuous economic expansion.

It last month raised its target range for the benchmark federal funds rate for the second time this year, and penciled in two more rate hikes for the year.