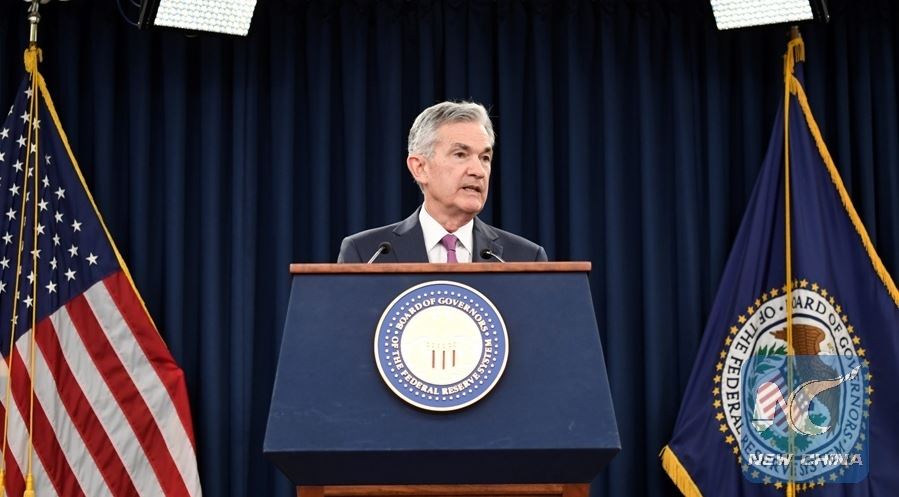 Washington (People's Daily) - The US Federal Reserve raised its interest rates by a quarter of a percentage point on Wednesday, making this the second hike this year while also signaling two more raises for 2018.

According to a statement released after the Fed’s two-day meeting on current labor market conditions and inflation, the Federal Open Market Committee decided to raise the target range for the federal funds rate from 1.75 percent to 2 percent. The stance of monetary policy remains accommodative, thereby supporting strong labor market conditions and a sustained return to 2 percent inflation.

“The economy is doing very well,” Fed Chairman Jerome Powell said during a press conference, “Most people who want to find jobs are finding them. Unemployment and inflation are low. The overall outlook for growth remains favorable.”

He also said that continued steady rate increases would nurture expansion, as the Fed approaches a good pace for its employment and inflation goals. He said the economy can withstand higher borrowing costs without risking a spike in inflation.

However, some experts believe that Fed officials are beginning to worry more about the threat of inflation. They noted that economic activity has been rising “at a solid rate,” which was a change from their May statement, when they called the rate “moderate.”

Experts removed a line stating that “market-based measures of inflation compensation remain low” and several sentences that expressed caution over the Fed’s future rate moves, including that “the federal funds rate is likely to remain, for some time, below levels that are expected to prevail in the longer run.”

Policymaker’s new economic projections, which were also issued on Wednesday, indicated a slightly faster pace of rate increases in the coming months, with two additional hikes expected by the end of 2018, compared to one previous increase.

At the press conference, Powell was also asked about his views on the Trump administration’s trade policies. Powell acknowledged the public’s concerns and criticized tariffs in general while also saying that the Fed has taken a wait-and-see approach to possible downsides from the White House’s trade policies.