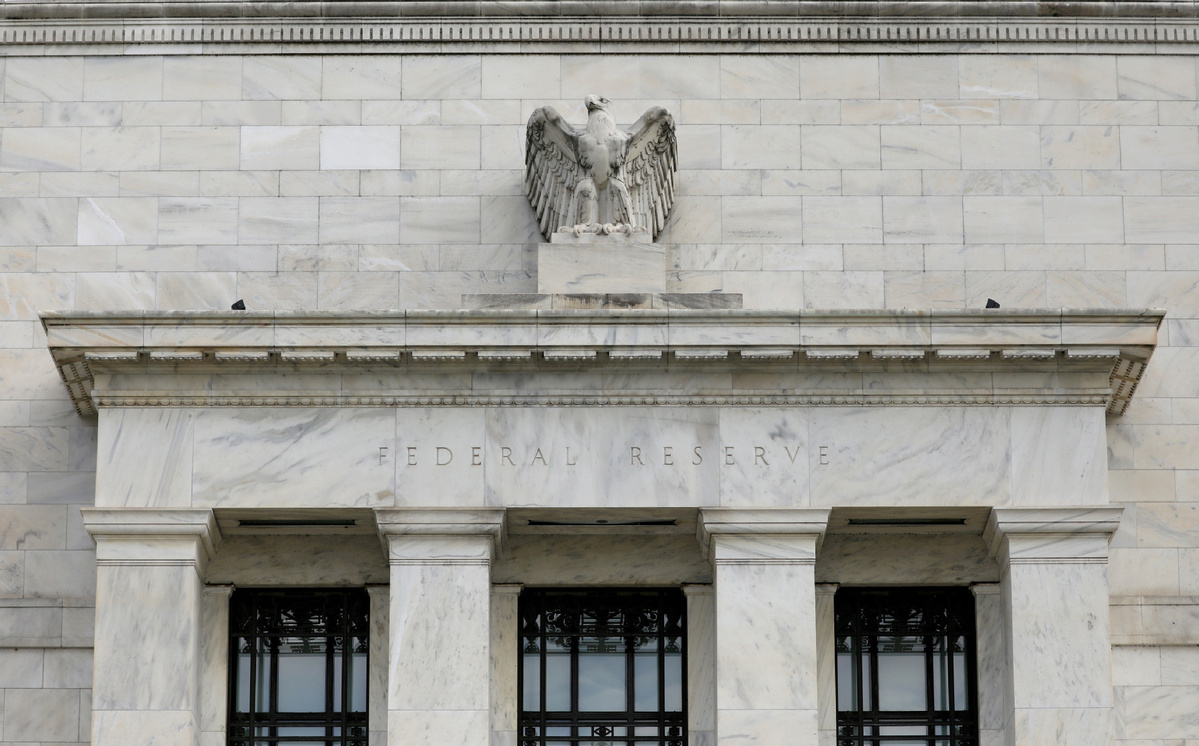 The Federal Reserve building is pictured in Washington, DC, US, August 22, 2018. (Photo: Agencies)

The Federal Reserve on Wednesday left its key overnight interest rate near zero and made no change to its monthly bond purchases, pledging again to keep those economic pillars in place until there is a full rebound from the pandemic-triggered recession.

That hasn't happened, and the Fed in a policy statement flagged a potential slowing in the pace of the recovery.

"The pace of the recovery in economic activity and employment has moderated in recent months, with weakness concentrated in the sectors most adversely affected by the pandemic", the US central bank said in the statement, which was released at the end of its latest two-day meeting.

"The ongoing public health crisis continues to weigh on economic activity, employment, and inflation, and poses considerable risks to the economic outlook," it said.

The statement's focus on the possible moderation in the recovery puts further weight on the Fed's pledge to keep US monetary policy in an "accommodative" stance for what may be months or even years to come.

Though the coronavirus vaccination program may help the economy reopen and rebound more fully later this year, for now Fed officials feel it remains in a deep hole, with high levels of joblessness, ailing small businesses, and a recent surge in COVID-19 infections all requiring a crisis-level response by the central bank.

Fed Chair Jerome Powell is scheduled to hold a news conference at 2:30 p.m. EST (1930 GMT) at which he is expected to emphasize that the central bank plans no changes to monetary policy until it is clear the economy is showing sustained improvement.

"This was perhaps the least-anticipated Fed meeting in years," said Ryan Detrick, senior market strategist at LPL Financial in Charlotte, North Carolina. "We knew what they were going to say. There were no curveballs, unless it happens during the (Powell) Q&A session, but we don't anticipate any change there either. We expect business as usual."

The United States lost jobs in December, and many indicators of hiring and spending have stalled since the surge in coronavirus infections began in the fall.

The Fed continued on Wednesday to promise to leave its bond-buying program untouched until there has been "substantial further progress" towards recovery, and to leave interest rates near zero until inflation hits the central bank's 2% target and is expected to stay there.

US stocks weakened further after the release of the Fed statement, with the benchmark S&P 500 Index down nearly 2% and on track for its biggest daily drop in three months. Yields on US Treasury securities remained lower on the day, and the dollar ticked higher against a basket of trading partner currencies.