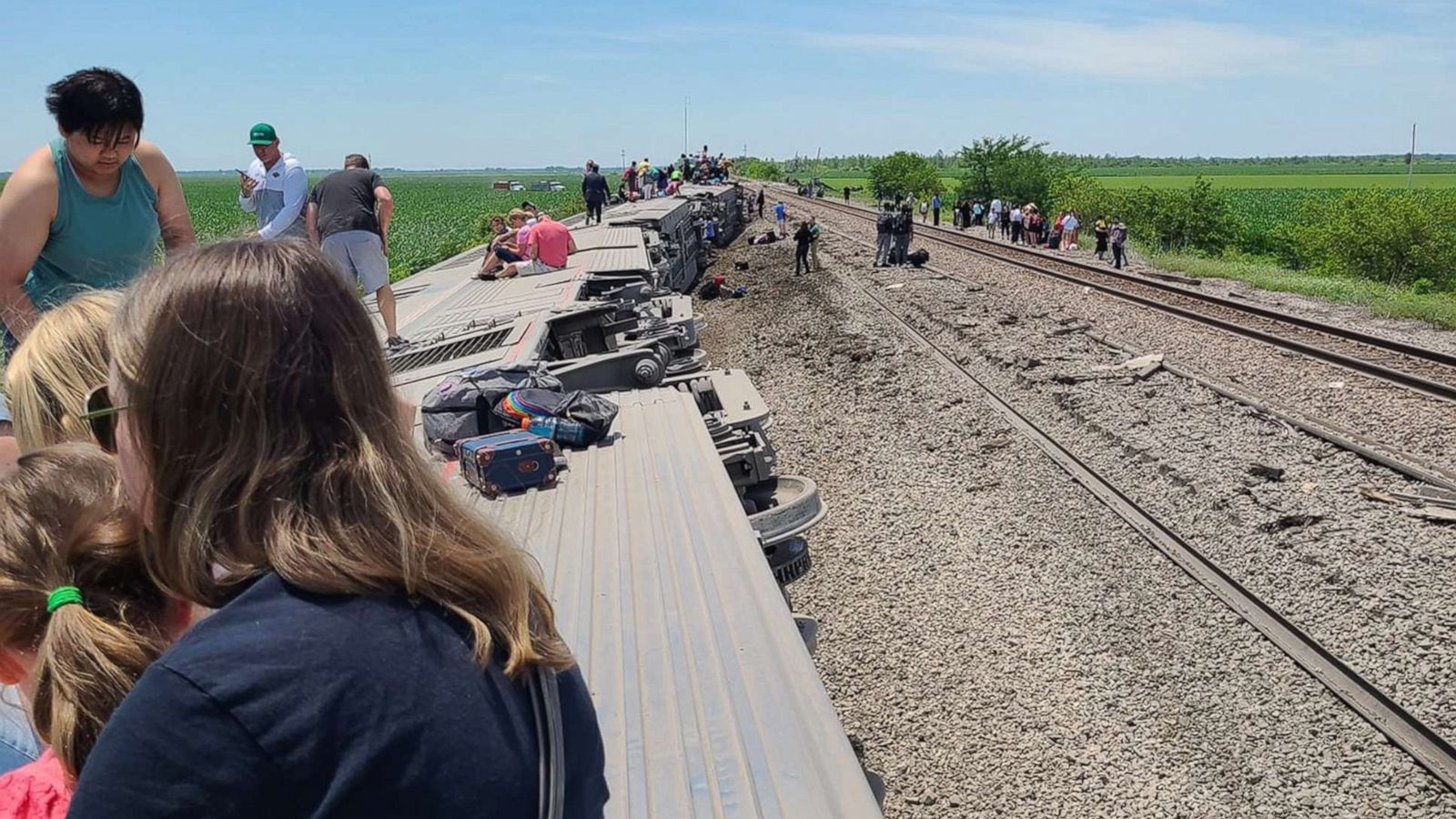 WASHINGTON, June 27 (Xinhua) -- A federal agency announced on Monday evening the launch of a team to investigate the deadly Amtrak derailment in the U.S. state of Missouri.

The National Transportation Safety Board (NTSB) tweeted that a 14-member investigation team is traveling to the scene near Mendon, Missouri, and is expected to arrive on Tuesday.

Amtrak said in a statement that a train with 243 passengers and 12 crew members aboard derailed on Monday afternoon after striking a dump truck "that was obstructing a public crossing near Mendon."

The Missouri State Highway Patrol told reporters that two people on the train and one person in the dump truck had died. At least 50 people were reportedly injured.

The crossing was said to have been uncontrolled without lights or other electronic barriers.

The train traveling eastbound from Los Angeles to Chicago had eight cars and two locomotives derailed, according to Amtrak.

Local authorities were assisting the passengers and an Amtrak incident response team had been activated, the company said in the statement.

"We are deploying emergency personnel to the scene to help support our passengers, our employees, and their families with their needs," the statement added.

Governor Mike Parson of Missouri tweeted they were "saddened to hear of the Amtrak train derailment in Chariton County this afternoon."

Emergency management personnel were responding, wrote Parson while asking "Missourians to join us in praying for all those impacted."

The Missouri State Highway Patrol tweeted that numerous agencies had responded to an injury traffic crash involving "a train & a dump truck" southwest of Mendon in Chariton County.

Mendon is about 160 kilometers northeast of Kansas City, Missouri.

The derailment in Missouri occurred just a day after an Amtrak train collided with a car in Brentwood, California, killing three people and injuring two others.

Amtrak provides medium and long-distance inter-city rail service in the contiguous United States and to nine cities in Canada.

In the last decade, Amtrak has averaged 24 derailments annually, according to data reported to the Federal Railroad Administration, an agency under the U.S. Department of Transportation.