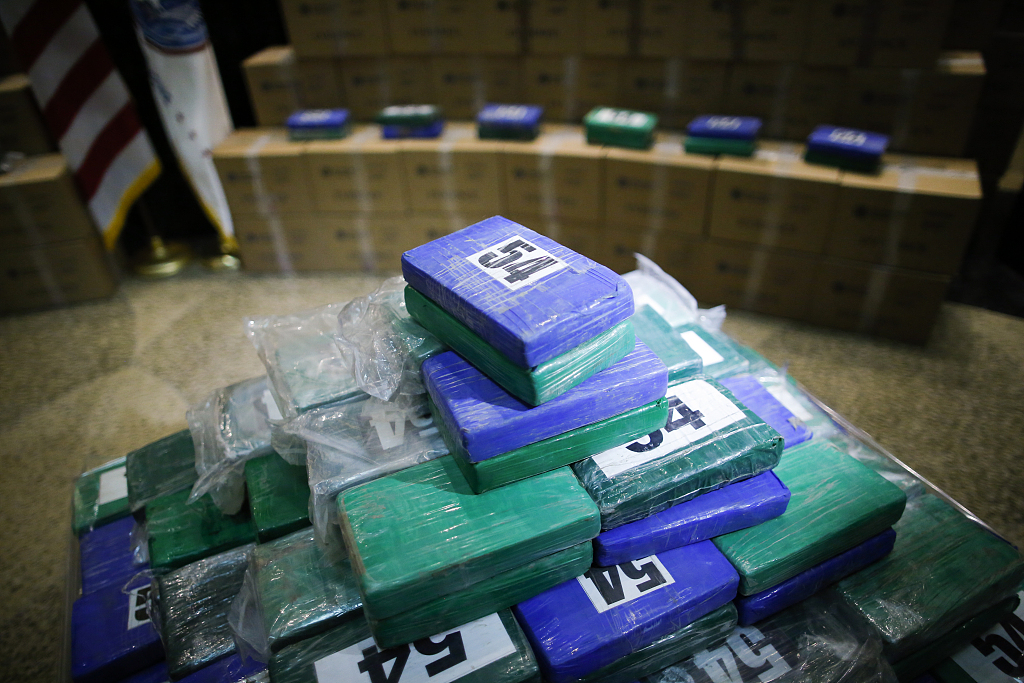 Some of the cocaine seized from a cargo ship at a Philadelphia port is displayed during a news conference at the US Custom House on June 21, 2019. (Photo: VCG)

Speaking at the first press conference since he became the US Attorney for the District Court for the Northern District of California earlier this year, Anderson said 32 people, mostly Hondurans, were arrested after investigators busted two international drug trafficking operations in Tenderloin, a neighborhood notorious for drug abuse in San Francisco.

"The Tenderloin has become a magnet for retail drug trafficking to an extraordinary degree," he said.

Anderson said the initiative by 15 federal agencies is the part of a broader commitment to the rule of law in the Tenderloin neighborhood long plagued by poverty and drug abuse.

"The Tenderloin neighborhood deserves the benefits of the rule of law every bit as much as other fine neighborhoods in San Francisco," he said.

The crackdown will mainly target high-level drug dealers and other criminal activities, including identity theft and fraud, instead of the homeless and people possessing small amounts of drugs for personal use.

San Francisco has become more tolerant of casual drug use as the city legalized marijuana for recreational purposes in 2016.