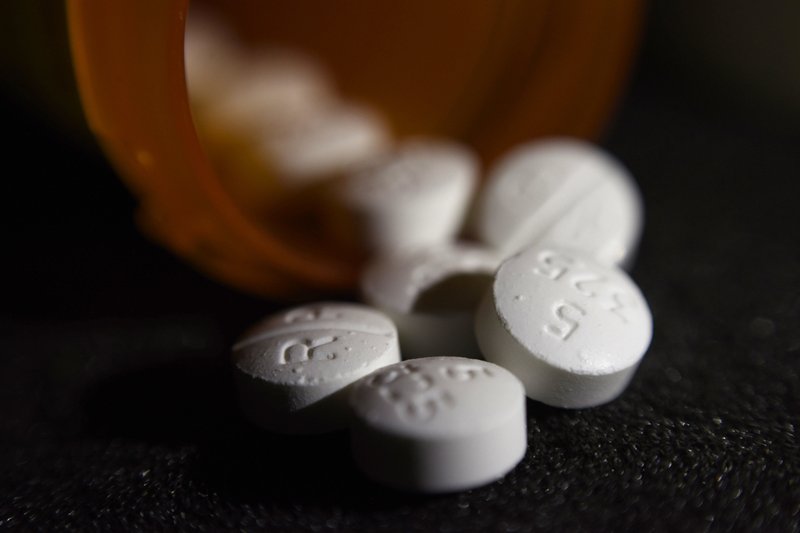 This photo shows an arrangement of pills of the opioid oxycodone-acetaminophen in New York. (File photo: AP)

Newly released federal data shows how drugmakers and distributors increased shipments of opioid painkillers across the US as the nation’s addiction crisis accelerated from 2006 to 2012.

The data, released this week by a federal court in Ohio as part of a far-reaching opioids case, shows that companies distributed 8.4 billion hydrocodone and oxycodone pills to commercial pharmacies in 2006 and 12.6 billion in 2012. That’s an increase of over 50%.

Over that seven-year period, 76 billion pills were distributed in all, according to an analysis by The Washington Post, which had sued along with another outlet, HD Media, to obtain the data. During the same timeframe, prescription opioids contributed to more than 100,000 deaths in the US, according to the US Centers for Disease Control and Prevention.

The shipments increased even after one of the companies, Purdue Pharma, was leveled with a $635 million federal fine in 2007 for falsely claiming its drug, OxyContin, was not as addictive as earlier opioids.

While OxyContin is the best-known prescription opioid, the Post analysis shows that Purdue accounted for just 3% of pills sold during that time. Three makers of generic drugs accounted for nearly 90% of the sales.

The data tracks a dozen different opioids, including oxycodone and hydrocodone, according to the Post. They account for most of the pill shipments to pharmacies.

The distribution data, maintained by the US Drug Enforcement Administration, is a key element of lawsuits filed by more than 2,000 state, local and tribal governments seeking to hold drug companies accountable for the crisis.

Drug distribution companies told The Post that the federal data would not exist without their providing accurate reports to the DEA. One company, AmerisourceBergen, said the data “offers a very misleading picture.”

Cleveland-based US District Judge Dan Polster, who is overseeing most of the cases, ruled Monday that the information covering shipments from 2006 to 2012 could be made public. He said in a ruling that there is “clearly no basis” for shielding older data.

His order came a month after a federal appeals court in Cincinnati vacated Polster’s July 2018 decision that local and state governments, which had been granted access to the data, should not make it public.

A three-judge panel for the 6th US Court of Appeals said Polster went too far in blocking the release of data that government attorneys argued could compromise DEA investigations. Polster asked attorneys from all sides Monday to suggest how DEA data collected for 2013 and 2014 should be protected.

The Washington Post and HD Media, which owns newspapers in West Virginia, went to court for access and were the first media outlets to receive the data. By Tuesday, it had not been made available to the public or other news organizations that had requested it, including The Associated Press.

In a statement, a group of plaintiff attorneys applauded Polster’s decision.

“The data provides statistical insights that help pinpoint the origins and spread of the opioid epidemic — an epidemic that thousands of communities across the country argue was both sparked and inflamed by opioid manufacturers, distributors and pharmacies,” the statement said.

The first scheduled trial before Polster is set for October in lawsuits filed by Ohio’s Summit and Cuyahoga counties, areas that have been hit particularly hard by the ongoing opioid crisis. It is considered a bellwether trial that could force the defendants to reach a global settlement for all of the lawsuits.

A trial in an opioid suit brought by Johnson & Johnson by Oklahoma in state court there wrapped up this week. A judge will rule on that case. Purdue and Teva Pharmaceutical Industries Ltd. were named in that suit but settled before the trial.