A US federal judge on Friday extended the term of a grand jury that has weighed evidence in the ongoing Russia probe led by Special Counsel Robert Mueller. 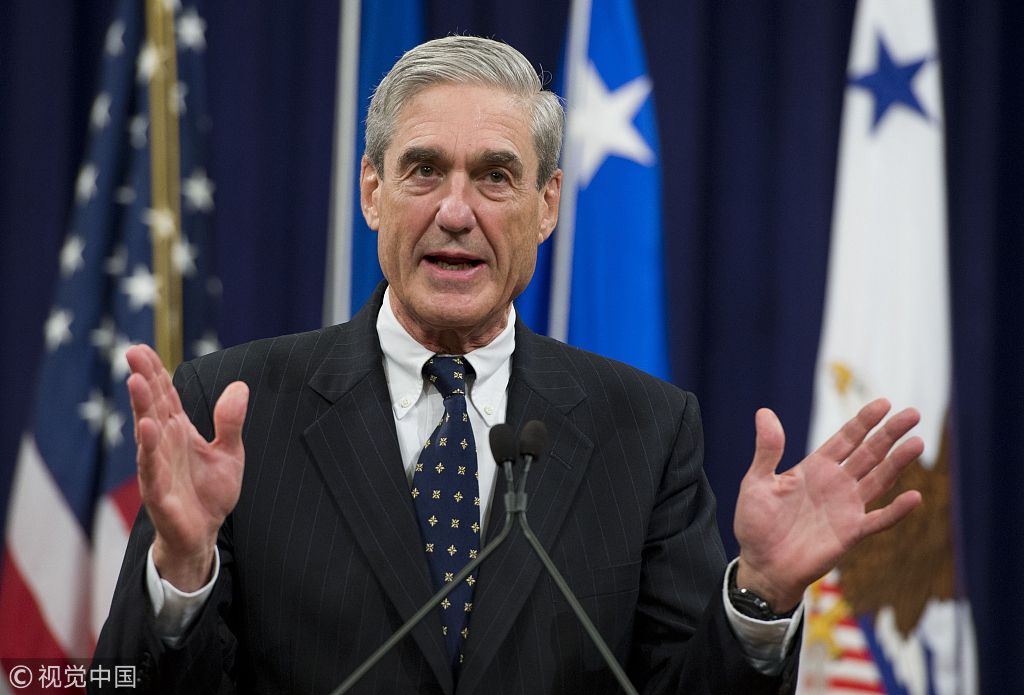 In this file photo taken on August 1, 2013, former Federal Bureau of Investigation (FBI) Director Robert Mueller speaks during a farewell ceremony in Mueller's honor at the Department of Justice. (File photo: VCG)

Chief US District Judge Beryl Howell granted the extension, as the jury's 18-month mandate was set to expire Saturday.

It was unclear whether the extension represented a perfunctory measure to keep the panel intact during the reportedly final stages of the inquiry or signaled a prolonged period of investigative work.

A grand jury is normally empanelled for a maximum of 18 months, and a maximum six-month extension is permitted.

The panel, whose deliberations are secret, is believed to be weighing a number of potential charges against members of US President Donald Trump's 2016 election campaign team, some of whom have already been indicted.

The Mueller probe has already issued indictments against over 30 people, including several former Trump aides, and has secured seven guilty pleas.

Mueller, who was appointed in May 2017, is looking into the alleged Russian interference in the 2016 US presidential election and any potential collusion between the Trump campaign and Moscow, among other matters that may arise from the investigation.

Trump has repeatedly dismissed any collusion between his campaign and Moscow while slamming the Russia probe as a "hoax" or "witch hunt."