WASHINGTON, Dec. 27 (Xinhua) -- Millions of jobless Americans are set to lose their federal unemployment benefits as President Donald Trump did not sign the 900-billion-U.S.-dollar COVID-19 relief package by midnight Saturday. 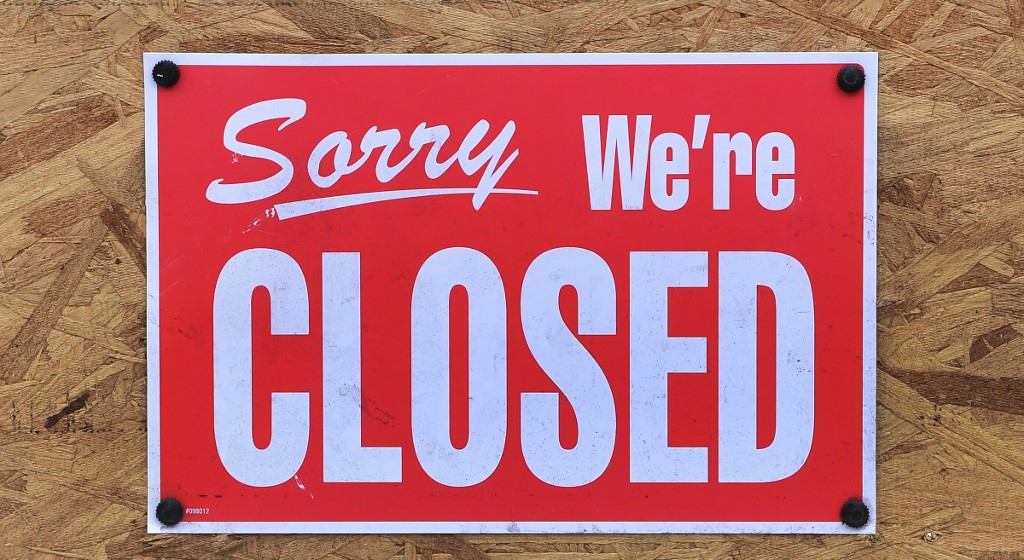 In this file photo taken on December 05, 2020, a "Closed" sign is posted amid the Covid-19 pandemic in Los Angeles, California. (Photo: AFP)

More than 12 million people on two pandemic aid programs would lose unemployment benefits for the final week of the year after the presidency missed the midnight Saturday deadline, said a CNN report, citing the estimate of U.S. think tank The Century Foundation.

Even if Trump had signed the relief package by Saturday, the jobless would still suffer a break in payments as it takes some time to process the provisions, the report noted.

The relief package, recently approved by the Congress, also includes another round of direct payments for individuals, and more funding for Paycheck Protection Program to support small businesses, as well as more funding for schools, testing and the distribution of vaccines.

Had the package been enacted, it would have extended federal unemployment benefits by 300 dollars each week for existing recipients through mid-March.

Following months of deadlock over the size and scope of the relief package, Democratic and Republican lawmakers recently reached a deal on the long-awaited measure.

The House of Representatives and Senate both approved the relief package late Monday, along with 1.4 trillion dollars in government funding for the rest of the fiscal year, which ends on Sept. 30, 2021, sending the giant spending bill to Trump to sign into law.

The outgoing Republican president, who was largely absent from relief negotiations, said in a video Tuesday that he wanted Congress to increase the amount in the stimulus checks, and threatened not to sign the bill if changes were not made.

The president's call was embraced by Democrats, who have advocated for higher direct payments, but was frowned upon by some Republicans who aimed to hold down the plan's overall cost.

House Speaker Nancy Pelosi, the top Democrat in the lower chamber, brought to the floor a standalone bill that would boost the amount of stimulus checks to 2,000 dollars on Thursday, but Republicans in the House blocked the attempt.

The federal government would shut down Tuesday if Trump doesn't sign the 2.3-trillion spending package into law before then.