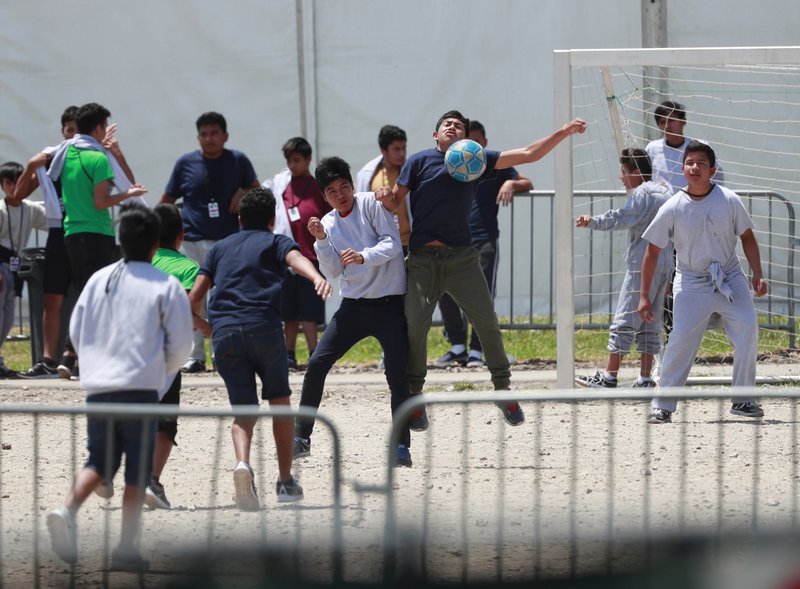 Immigrant children in the care of the US government may no longer have access to English-language courses and legal services, officials said Wednesday.

The Health and Human Services department notified shelters around the country last week that it was not going to reimburse them for teachers’ pay or other costs such as legal services or recreational equipment. The move appears to violate a legal settlement known as the Flores agreement that requires the government to provide education and recreational activities to immigrant children in its care.

But the agency says it doesn’t have the funding to provide those services as it deals with a soaring number of children coming to the US, largely from Central America.

It’s now up to the various nonprofit and private organizations run facilities for the children to cover the cost of teachers, supplies, legal services and even recreational activities and equipment — if they can, or choose to.

BCFS, a nonprofit provider in several Texas cities, said in a statement that it would continue providing services because not doing so would violate state licensing standards. It said it will use emergency funding from its parent organization.

“The health and well-being of those in our care are of the utmost importance and we hope there is a rapid resolution to this funding issue,” spokeswoman Evy Ramos said.

“As we have said, we have a humanitarian crisis at the border brought on by a broken immigration system that is putting tremendous strain (on the agency),” Health and Human Services spokeswoman Evelyn Stauffer said. “Additional resources are urgently required to meet the humanitarian needs created by this influx - to both sustain critical child welfare and release operations and increase capacity.”

An official at one of the shelter providers said the government notified them on May 30 that they wouldn’t be reimbursing costs of providing education and other activities. The providers pay for things like teacher salary upfront and are then reimbursed by the government.

The official, who spoke on the condition of anonymity because he was not authorized to speak on the matter, said his employer was scrambling to figure out how it would cover the cost of teachers. The provider hasn’t laid anyone off, but worries about children who desperately need to learn English and be intellectually stimulated.

Advocates are also worried about the ramifications of cutting recreational activities. Funding cuts may result in physical education coordinators from being let go and in a lack of adults who can supervise children playing outside.

“The kids are inside 23 hours, and the hour they spend outside is a real lifeline for them,” said J.J. Mulligan, an attorney at the Immigration Law Clinic at University of California, Davis, who has visited and spoken to many of the children at the facilities. “Most of them come from Latin American countries where soccer is king, so the ability to play with their friends really brings them joy in dark circumstances.”

In a memo to staff obtained by The Associated Press, Southwest Key interim CEO Joella Brooks said she was working with the government to figure out why the funding had ended and how it can continue to offer the services. Southwest Key is a nonprofit and the largest provider of shelters for immigrant children.

“In the meantime, remember the service, encouragement and compassion you provide to these youth every day matters a great deal. Please continue to stay focused on taking good care of them,” Brooks wrote to her staff.

US Rep. Raul Grijalva, D-Arizona, was critical of the cuts.

“By eliminating English classes and legal aid that are critical to ensuring children successfully navigate the asylum process, the Trump Administration is essentially condemning children to prison and throwing away the key until their imminent deportation,” Grijalva, who represents a district on the border, said in a statement.