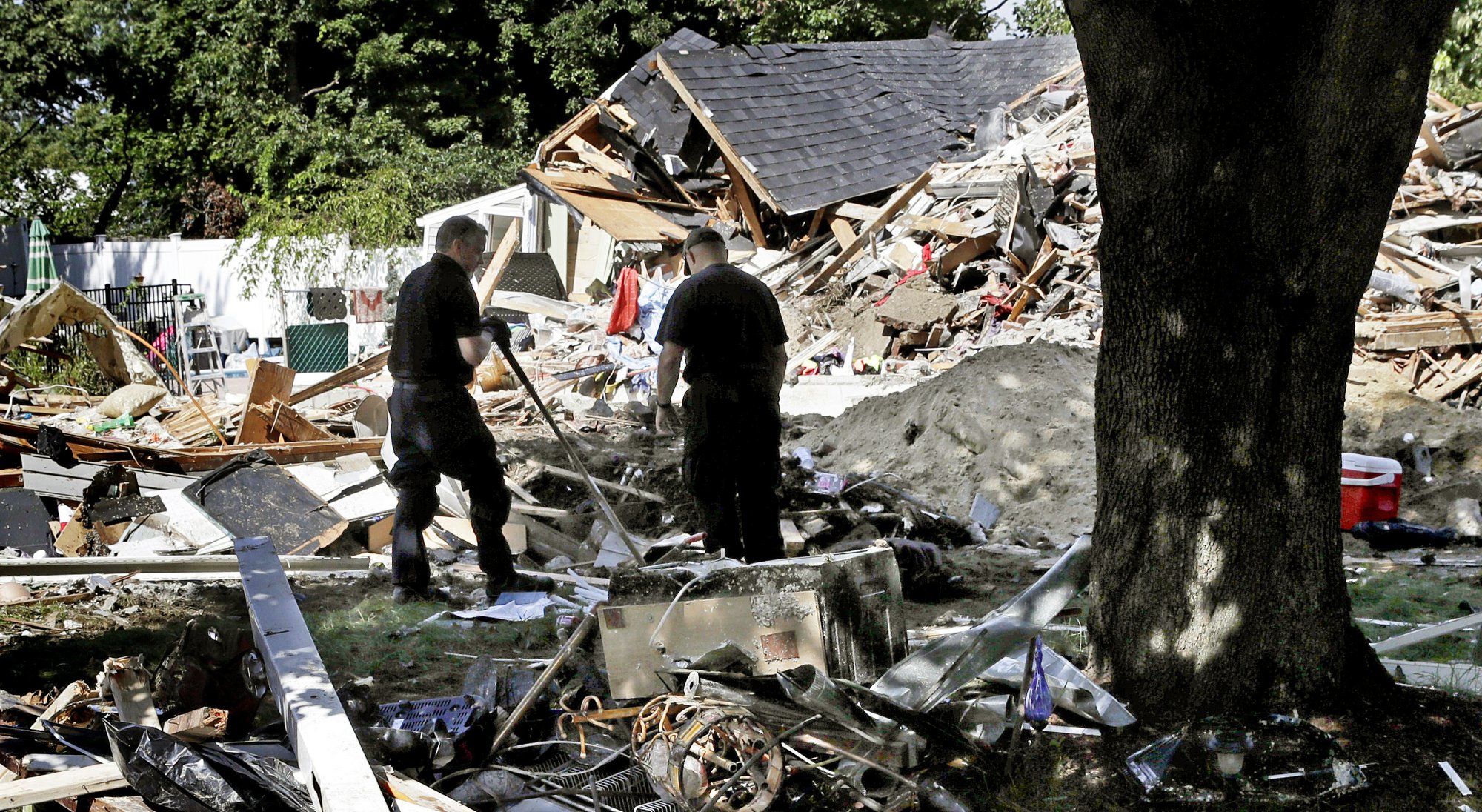 FILE - In this Sept. 13, 2018 file image take from video provided by WCVB in Boston, flames consume the roof of a home following an explosion in Lawrence, Mass, a suburb of Boston. Federal investigators are confirming that over pressurized natural gas lines were the source of a series of explosions and fires in communities north of Boston last month. (File Photo: AP)

The five-page, preliminary report found that utility workers contracted by Columbia Gas had failed to account for critical pressure sensors as they replaced century-old cast-iron pipes in Lawrence on Sept. 13.

That omission caused high-pressure gas to flood the neighborhood’s distribution system at excessive levels, triggering more than 80 explosions and fires across the city, as well as neighboring North Andover and Andover.

One person was killed and about 25 others were injured in the ensuring chaos. The gas explosions also damaged 131 structures and destroyed five homes. Thousands of homes and businesses are still without natural gas service as Columbia Gas replaces some 50 miles (80 kilometers) of gas pipeline.

The work is about one-third complete, and the company says all customers should have gas service by Nov. 19.

Joe Hamrock, president of NiSource, Columbia Gas’ parent company, said in a statement that it is prohibited from comment or speculating on the cause of the incident until the federal investigation is complete.

But he noted that in the hours immediately after the incident, the utility company suspended similar work elsewhere and improved its procedures around low-pressure gas systems like the one in Lawrence.

“We saw these as responsible steps to take in the aftermath of the incident and while the facts were being gathered,” Hamrock said.

US Sen. Edward Markey, a Massachusetts Democrat, said it’s still not clear how Columbia Gas could have allowed the disaster to happen, whether it could have been prevented and whether the company was adequately prepared to respond to a disaster on that scale.

“The release of the preliminary report raises more questions than answers,” said Markey, who, along with Democratic US Sen. Elizabeth Warren, has been reviewing the company’s internal procedures following the explosions.

The National Transportation Safety Board, in its report, says the disaster was rooted in failures at the planning stages of the Lawrence pipeline project, which was developed and approved by Columbia Gas.

The agency said the work package didn’t account for “regulator sensing lines,” which it says are used to detect pressure in the distribution system so that regulators can control system pressure.

The Ohio facility isn’t able to close or open valves remotely but quickly relayed the high-pressure report to field technicians in Massachusetts, the report said.

Local utility officials shut down the impacted regulator within about a half an hour, and closed the critical gas distribution values about three hours later, according to the report.

The next stage of the federal investigation will look at coordination between the emergency responders and Columbia Gas and an analysis of the company’s engineering, design and construction plans, according to the report.

Gov. Charlie Baker, meanwhile, said the state Department of Public Utilities will hire an independent evaluator to assess the safety of the state’s pipelines. It has ordered all natural gas pipeline operators in the state to review their procedures on “pressure regulation, overpressure protection, energizing new and replacement pipelines, and tie-ins involving high pressure to low pressure distribution systems.”