Feeling the pressure: Germany curbs energy use over winter worries

Efforts to conserve energy are being stepped up in Germany, as worries over winter supplies continue to cause concern in Europe's biggest economy. 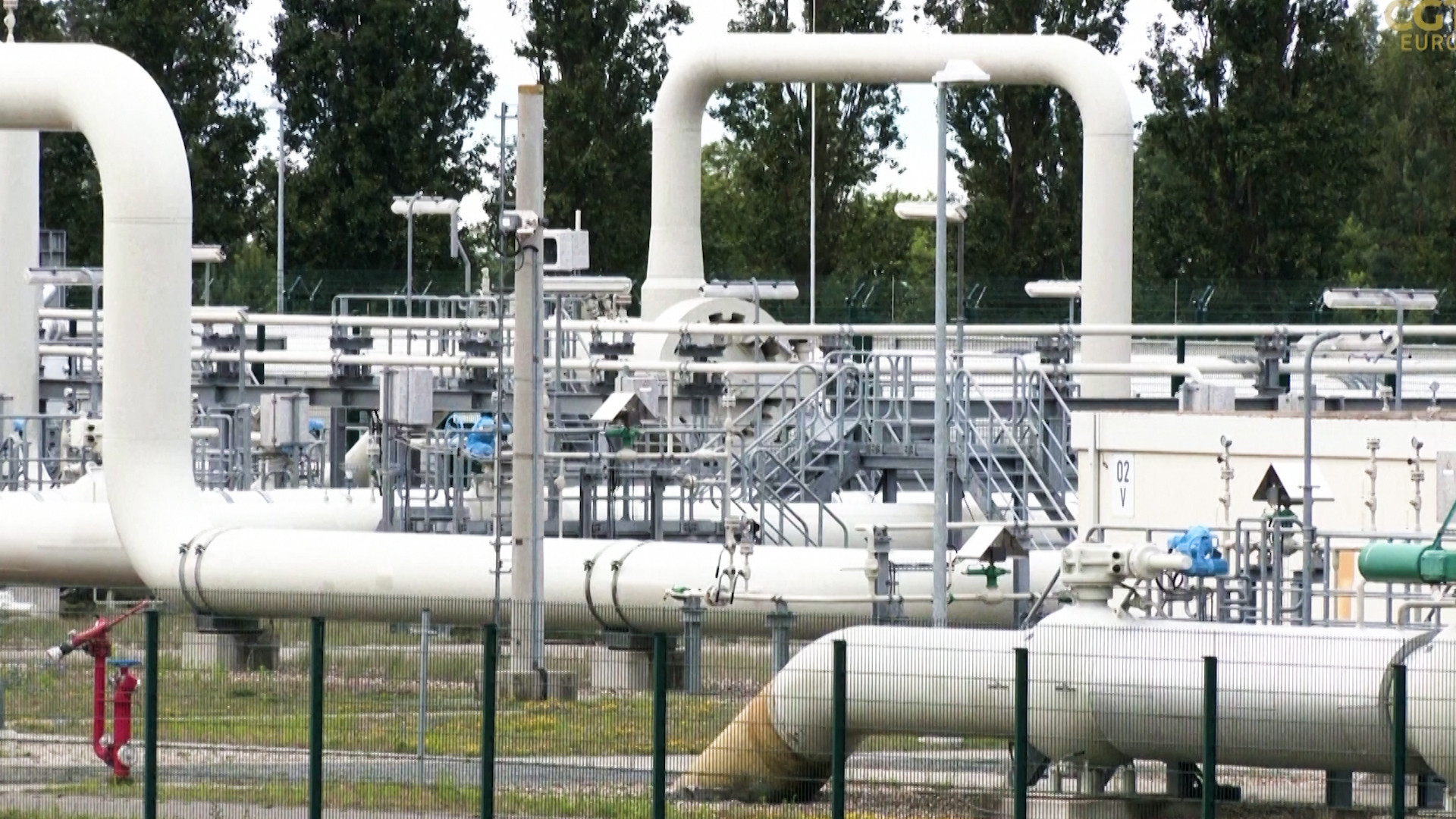 The German Government has accused Moscow of using energy as a weapon - after Russian energy giant Gazprom reduced capacity to the Nord Stream 1 pipeline to just over 20 percent. Gazprom says the reduction is because of technical problems, but Berlin says it's part of a wider campaign to cause supply disruptions ahead of the winter.

Officials across Germany have been tasked with finding ways to slash power use so that storage tanks can be filled ahead of the colder months.

"We are, it has to be said, in the greatest energy crisis in Germany due to the dependence that has arisen politically and economically through Russian gas. But we are moving away from this dependency in no time at all," said Vice Chancellor Robert Habeck.

In the Southern German city of Augsburg, local authorities have ordered a city-wide crack down on excess electricity use to help storage efforts.

"What was very important to me was to show the Augsburg citizens that we could be facing really hard times. That's why for example we turned off the illumination of our historic buildings and fountains operate no longer as long as they used to to show that these are not normal times and to show that we all need to look to really save energy," said Mayor Eva Weber.

"What by far eats up the most energy is public pools. Just those pools account for around 10 percent of the entire city's energy demand," she added.

In the Northern city of Hannover, authorities have switched off hot water in public buildings, with citizens told they will need to take cold showers at public sports facilities and swimming pools.

In Berlin, more than 200 churches, bridges and other monuments will no longer be illuminated in the evenings.

Germany, like the rest of the EU, says the measures are part of a coordinated effort to reduce gas consumption overall by around 15 percent - a number they say should shield the bloc from shortages over the winter.