Malaysian Prime Minister-in-waiting Anwar Ibrahim said he felt “vindicated” after taking his oath as a lawmaker Monday, marking his return to active politics three years after he was imprisoned for sodomy in a charge that critics said was politically motivated. 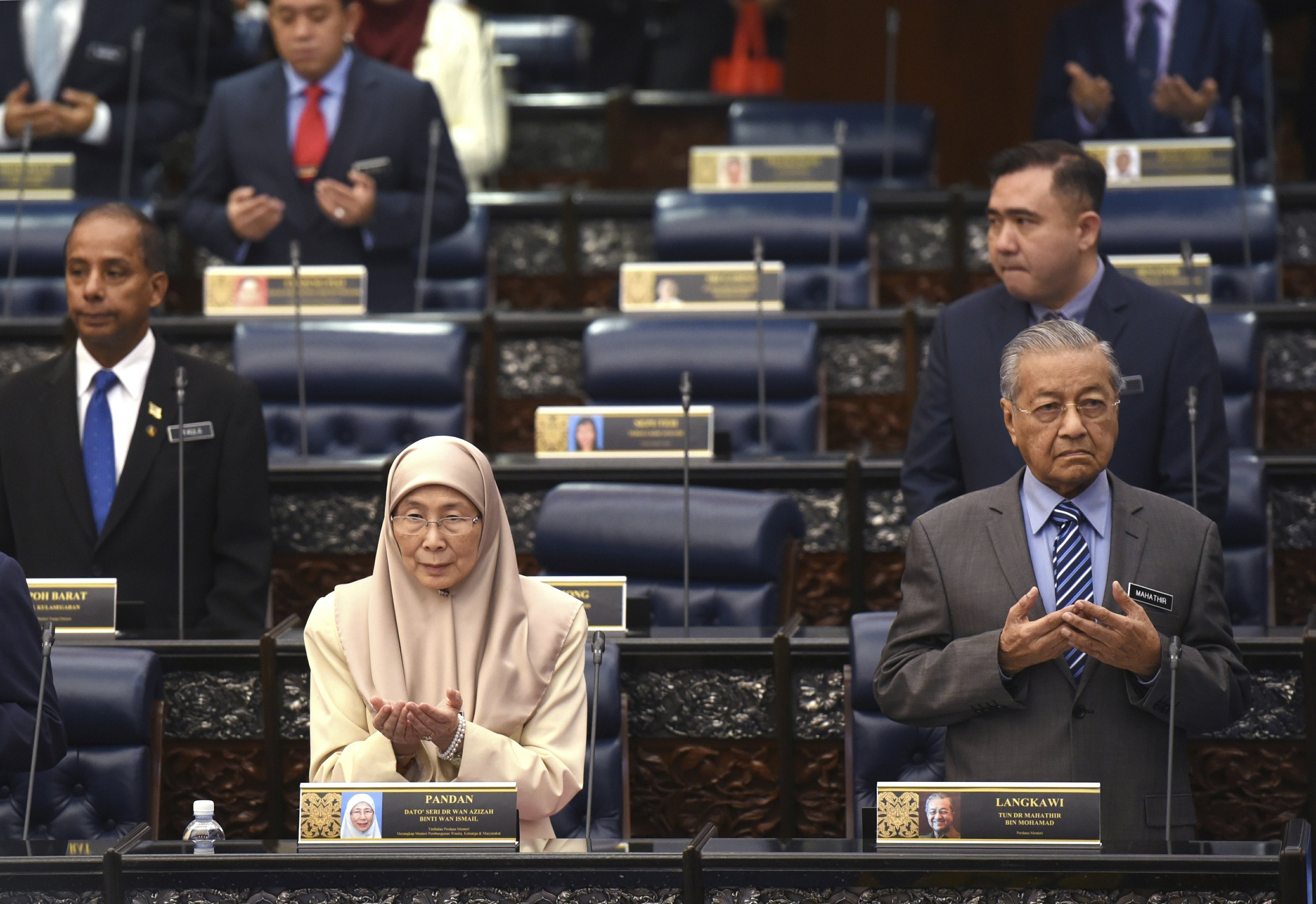 The swearing-in ceremony in parliament followed Anwar’s landslide win in a by-election Saturday in the southern coastal town of Port Dickson in which he defeated six other candidates. The seat was vacated after a lawmaker from his party quit, paving the way for Anwar’s political comeback.

Anwar, 71, joins his wife, Wan Azizah Wan Ismail — currently Malaysia’s deputy prime minister — and his eldest daughter, Nurul Izzah Anwar, in parliament. He has said that his by-election victory is a “vote of confidence” in the new government.

“I have been deprived of my right from time to time and I have to go through a by-election to come back ... I feel vindicated,” Anwar told reporters Monday. He reiterated support for Prime Minister Mahathir Mohamad’s leadership to ensure a stable government and pledged to focus on parliamentary reforms.

“Our parliament has in the past been considered or dubbed as a rubber stamp ... we would like to ensure a new approach where parliament is more effective,” he said.

Once a high-flying member of the former ruling coalition, Anwar was convicted of homosexual sodomy and corruption after a power struggle with Mahathir, who was prime minister for 22 years until 2003. He was freed in 2004 but was once again convicted for sodomy in 2015, charges that he said were concocted to destroy his political career.

Angered by a massive corruption scandal at a state investment fund involving then-Prime Minister Najib Razak, Mahathir made a political comeback and formed an alliance with Anwar, with the two setting aside their bitter feud ahead of May’s general election.

Anwar was freed from prison and received a royal pardon days after the polls. Mahathir, the world’s oldest leader at 93, has said he expects to step down in two years and will keep his promise to hand over power to Anwar.

“Of course I am happy he is back ... we expected him to come back. We knew he was going to win,” Mahathir was quoted as saying by local media on Monday.